Inspired by Mekkah’s Link Arena battle videos, I decided to undertake the task of porting FE4 characters and mechanics into the GBA Engine for Link Arena battles. This has been one of my biggest projects and i’m excited to share it. 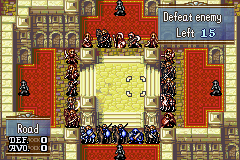 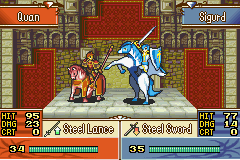 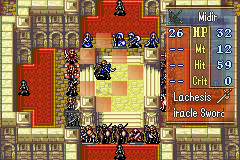 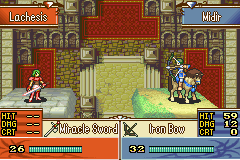 And that’s it. Thank you for reading this far. This has been a ton of work and I still have so much work to do from both a mechanical and graphical standpoint. I don’t need a team of people, but any minor contribution from anyone to help more closely match FE4’s mechanics would be amazing because as of now, I lack the ability/knowledge to 100% this project. I do not think that most of the remaining changes are out of the realm of possibility, just out of my current skill set.

Also I have made all the assets I have ripped or created available for anyone to use as a way to give back to this awesome community.
Download Assets: FE4 Link Arena Assets

this is very cool

Version 0.9.3 is here.
It fixes a few major issues like Pursuit and Nihil not working as intended.

did the link arena assets get deleted?

Any plans to do this for another game like Thracia 776?