Game sounds pretty cool, I was wondering if you would be cool with me doing kinda of a let’s play and review of your game on my YouTube channel?

This is not normal at all, i’m working on a fix for this game-breaking bug right away

go for it, just make sure you play 1.5, because otherwise you can’t play past chapter 17x. have fun! I would recommend playing on normal mode, as that’s the difficulty the game is balanced around.

you should be good to go now.

Thank you, as soon as we have the first video up on it I’ll let you know. I look forward to seeing how your story unfolds and I hope to be able to shed light on your work and hopefully future works.

Hello, do you have any more updates planned for this?

I am working on a update, it will include balancing and will fix errors in cutscenes as well. It might not come out for a while though.

After finetuning my hack, I feel like it’s worth reposting it with it’s new coat of paint. I wasn’t happy with the quality of the old version that I released, it had bugs, grammatical errors, and major bugs. Recently I got the motivation to clean it up and rebalance it. Seeing as how the rushed version was somewhat well received, I hope you guys will enjoy a version that (hopefully) doesn’t make you go “how did he miss that”. This hack includes:
A new soundtrack
new animations
Rebalanced Skill System
New Character portraits
Reforging
Full 23 chapters of gameplay and story, along with 5 mini-chapters.
95 hit cap, 15 minimum hit
100% completed C supports
Generic Playables
Well balanced characters (at least I think)
A shoddy title screen
I hope you give it a try!
https://drive.google.com/file/d/1WBHxRHw22a-g8kpprdmwfIhk-LGg_iAG/view?usp=sharing 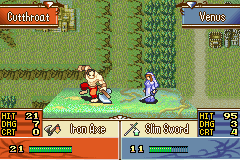 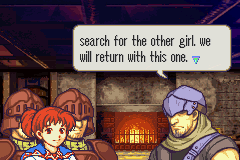 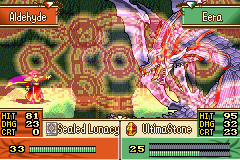 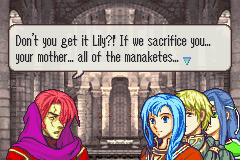 staff here, I merged your topics
no need to create a new one for an update, you can just edit the first post and make a post in the existing topic bumping the topic

The portraits no longer being mere vanilla recolors is already a big improvement.

Tried this game but its unplayable, lot of grammar mistakes, constant freeze on enemy turn, chapter event get stuck so u cant proceed like in chapter 12 where i managed to kill the boss but after that i get a extremely fast cutscene and then i am stuck with alexander and hes dad.

I tried many times but this hack itsnt complete yet, wayy too many bugs still.

ty though i kinda like the story but imma move on.

Did you try the update, the OP didn’t refresh the link. You have to scroll up a bit. (It’s post number is 31)

If your playing currently, make sure you download the new ups file! there was a bug in the old version that prevented you from progressing past chapter 12.

well this is embarrassing, i had the OLD ups. New 1 fixed chapter 12 for me and i think pretty much evrything else.

No, thank you for catching that softlock, I hotfixed it just a few hours ago thanks to you

another bug fightin Aldehyde on chapter 15, Keeven is stuck in combat animation with the boss…nothing happens. another soft lock?