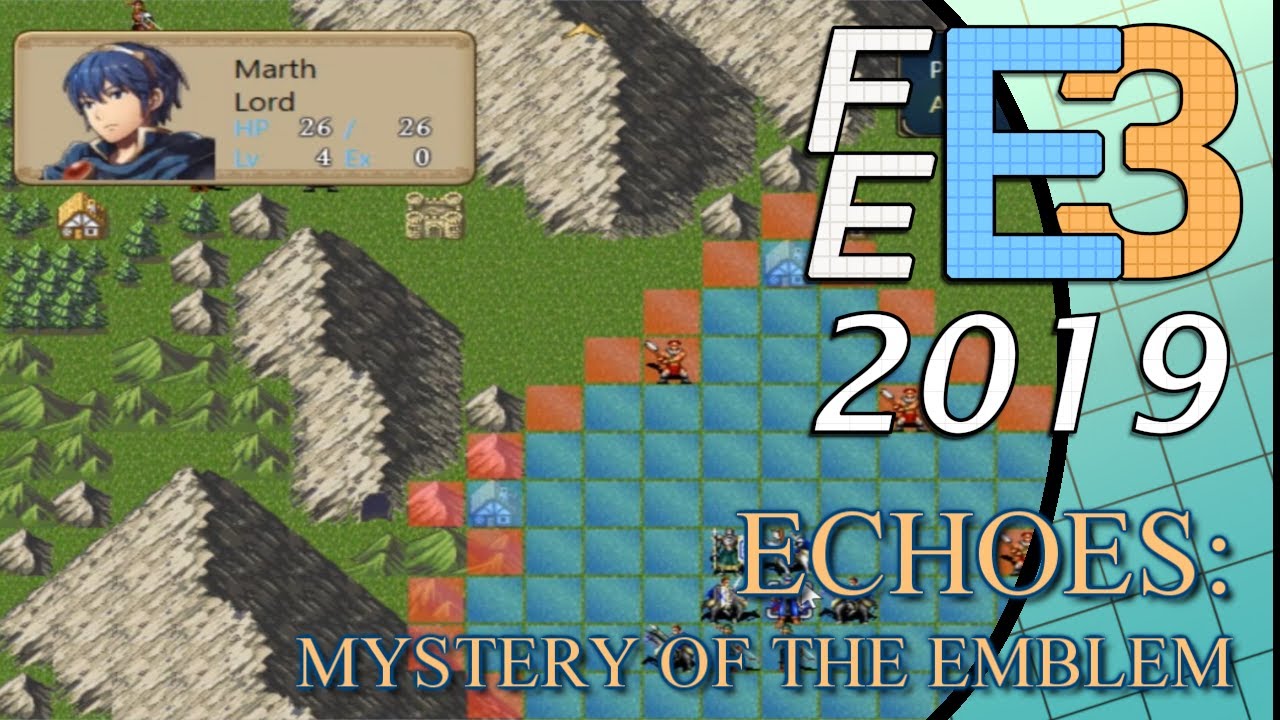 At the dawn of time there was Naga, the god who created the world through his divine will. The divine one gave mercy to his children, both dragon and man, until the Shadow Dragon awakened. He gathered an evil army, and waged war against the people of Archanea. However, the legendary hero Anri took up the heavenly king’s sword and slew the beast.
-An excerpt from the Book of Saint Hogot-

It has been 100 years since the Shadow Dragon was slain and peace has returned, however the whole of Archanea would soon remember the horrors of the continent’s past… 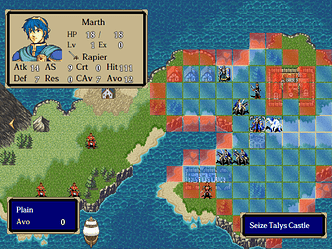 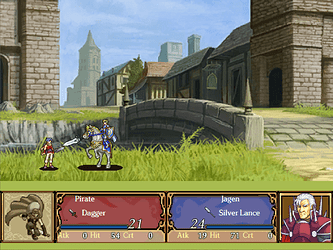 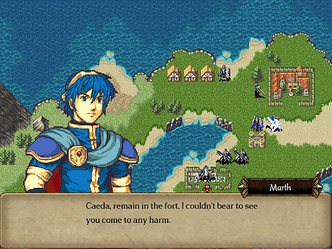 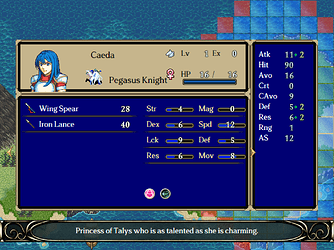 Credits:
-IS and Nintendo - All official FE content
-The GFE1R Team for their stunning F2U portraits
-Atlus - Crisis (music)
-flasuban and Sim RPG Maker 95 - All map sprites
-JtheDuelist - FE weapon battle sprites and FE style battle HUD
-Goinza, LadyRena - Most, if not all custom plugins
-cmagister on Serenes and Deviantart - Tileset
-Whoever posted the FEHeroes weapon sprites on dropbox, linked through SRPG Studio wiki considering you never left your username.
-JapanWEB - Battle Animations
-Anyone whose name I had forgotten to list

IMPORTANT:
-Read the glossary in extras before starting the game
-The game has only been playtested prior to the skill changes. As such, the early game may be a bit too easy, but will be fixed in a later update.

Check out the The Archanean Alliance community on Discord - hang out with 17 other members and enjoy free voice and text chat.

Download:
-Removed for now due to map sprite complications-

From the ashes, a new hero rises

Well, now we’ve got two Shadow Dragon remakes going. Not that there’s a problem with that.

Why does everything looks like its made out of clay?

Wow, those are… certainly some screenshots. Next time just post at 1x zoom without the weird pastel-ing.

You can see the big amount of work into this
only to be ruined by filters.

-Castor and Norne were “fused”

This looks good! I’m personally not a fan of the use of vanilla portraits, but I assume they’re placeholders for now. Otherwise, the maps look solid(I see a sand tile error in chapter 1, though!) Albeit a bit tilespammy, but again I assume this isn’t a priority for now. Solid work overall!

Thanks for the criticism! I’m not an artist, so I’m basically limited to free to use mugs and official mugs for now unless I want awful MSpaint amalgamations or FE3 portraits where the talking frames do not work properly even if they were adjusted, so portraits are the least of my worries currently. And yes, tilespam isn’t on my priority list currently as I would rather focus on creating a fun, playable product first and foremost.

There is a free to use respiratory on the GFE1R server of half body mugs of Archanea characters btw. Although I can’t guarantee all will fit in the hackbox.

I tried using halfbodies, the patch broke my rom, crashing the game if units tried to trade. But I just don’t know whether I want to use their portraits. I feel like that would be stepping too much on their project, and I want my hack to stand on it’s own rather than be GFE1R minus most of the cool new mechanics.

Looking good so far! I’m really excited about these Shadow Dragon remakes.
I liked Shadow Dragon but felt it lacked that colorful charm the GBA games did.

I will have to agree with the others, next time for screenshots turn off the filters.

Good Evening Everyone! I’ve got a preview of Lefcandith Gauntlet ready! The map still isn’t finalized, as I still have to playtest it multiple times, but I’m very excited about it’s current progress! If all goes well, the next version, which will contain this map along some balancing changes and more, should be released within the next week or so. Please look forward to it!

Hello everyone, I’m sorry to report, but the next version is not going to be available for another week, due in part to the exuberant amount of work that I have had in AP Calculus. However, my AP exam is this Tuesday, so development time should start to increase from then on. All I have to do now is write the new conclusion, write the new battle conversations, and continue playtesting Lefcandith Gauntlet. I do have an update on the actual progress though. 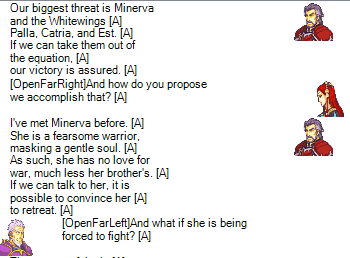 This image is of the dialogue from the new opening cutscene, which will start to stir the pot titled Mystery of the Emblem, while also displaying the intelligence of Nyna. I’ve also made adjustments to playable units and the enemies of prior chapters to create a more balanced experience. One big change is that all slim weapons are now bronze weapons! These bronze weapons are weak, however they possess low weight and double earned weapon exp. Now that’s enough from me, I need to get back to studying!

Sorry about the long wait for information folks. But I’m happy to announce that the project now has it’s own Discord server! Come, Join Us here: https://discord.gg/34JwYnT. I may even have prepared a small sneak peek of the next version on the releases page too! (EDIT 7/10/19) I forgot to clarify a major detail, the project has switched to SRPG Studio for reasons yet to be revealed.

It’s been a long time since I posted here, so here’s a quick development update about something new not present in my GBA version. A prologue chapter! The prologue in this game is a one chapter map rather than four like in the original game, but all of the important story beats from the original will be present here. It’d also like to give a major shout out to flasuban who made the map sprites for this project. Without him, none of this would have ever been possible. 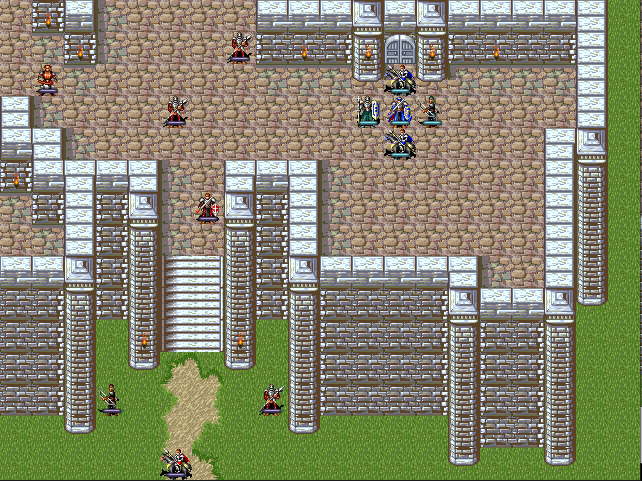 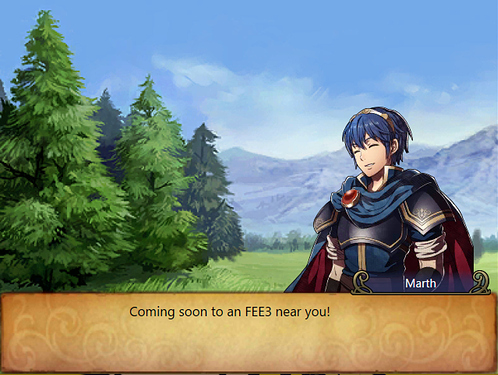 It’s been a long time coming, but FEchoes MotE is finally public! It’s not in the state I wanted it in, but I’m just so happy to have something to show. I hope everyone likes the trailer on Friday even if I made a few editing errors in it… Please take a look at the new title post above!