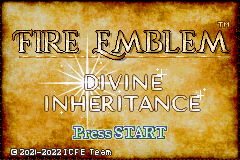 Welcome to Divine Inheritance, an FE8 hack the ICFE Team has been working on for about a few years now. We’re finally ready to show off some of the work we’ve done, we hope you enjoy it, and of course, be sure to post any feedback you have. 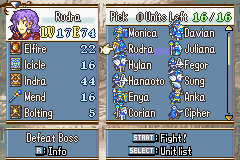 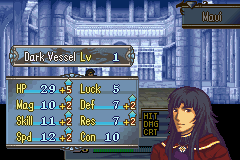 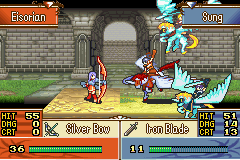 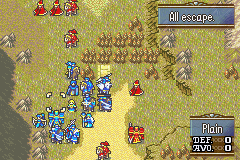 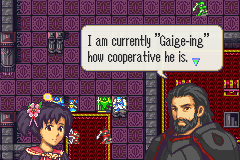 The trailer and screenshots definitely make the game look really freaking epic. I’m definitely downloading the game on day 1 of it dropping.

I didn’t knew about the project before the showcase at the FEE3, but The trailer was very promising ! Can’t wait to try the game

The demo of Arc 1, the first 9 chapters of the game, is now officially up! The link is in the post above.

Happy to finally be able to share something of our work! Hope you enjoy Arc 1 and look forward to Arc 2 as a lot of it was showcased in the FEE3 trailer.

Hey, played through the demo. Put some assorted thoughts down here.

No real complaints about the art.

Hope this helps the team out.

Thank you for the feedback! We will definitely look into making adjustments to the pace and size of the initial chapters. We meant to add info on Stitch’s personal in the guide but I forgot to do so, so thank you for bringing attention to that as well as the bug in chapter 3, which we have not seen before.

Thanks for playing through the demo and giving us your detailed feedback!

Currently there are no differences in difficulty so Normal is the same as Hard right now. We’ll definitely consider granting earlier access to the convoy for the sake of player convenience and tightening up the initial maps. There are supports, but we haven’t implemented the dialogue for them within the game itself yet. However, there should have been base convos available in the last two chapters prep screens under the support menu. The Arc 1 plot is supposed to be rather simple as you deduced, and things will pick up in Arc 2. We’ll make sure to look into the bugs and issues you identified as well.

If we can reproduce that bug, we could use it as “surprise difficulty mechanics” for the final map :^)

Just beat the demo, it was great! The varied objectives kept things engaging and fun, and even though the Act 1 story isn’t anything particularly outlandish it’s plenty enough to catch your attention and hold it. It feels like a vanilla FE, in all the good ways and none of the bad.

I ran into one bug only: the game hangs after the conversation in the house next to the eastern village in the chapter outside the prison, the last one before Maui’s escape (I forgot the chapter number, sorry). I don’t know if it matters who enters it, but it was Mimi for me; resetting and resuming lets you skip the conversation and the bug, so it’s not a huge issue.

I also noticed a few typos scattered throughout, if you’re okay with it I’d like to help proofread the script!

Not to badger you guys or anything, but how is progress looking on the 2nd act? I know it was close to completion when this thread was first posted but I’m just curious to see how it’s going.

Progress has sadly been slower than anticipated lately and we would also like to tweak Act 1 in accordance with some of the feedback we received. I do not think we will be able to get the Act 2 demo out in spring; it will probably release within the summer when we have more time to work on the project.

Take all the time you need, I’m sure the result will be much than worth the wait !