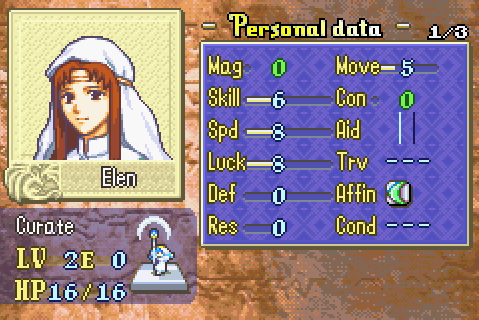 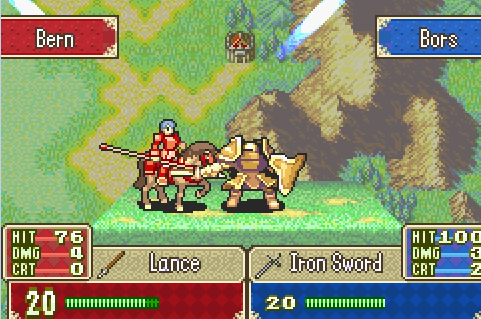 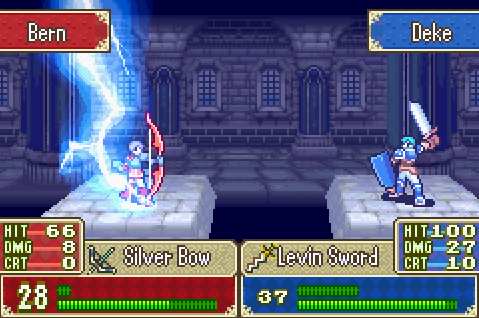 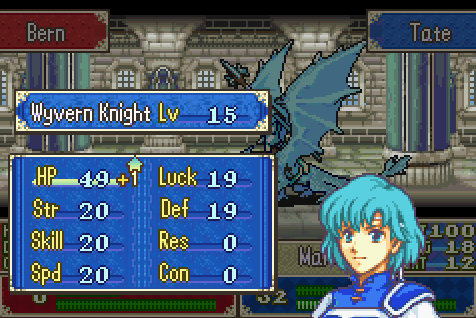 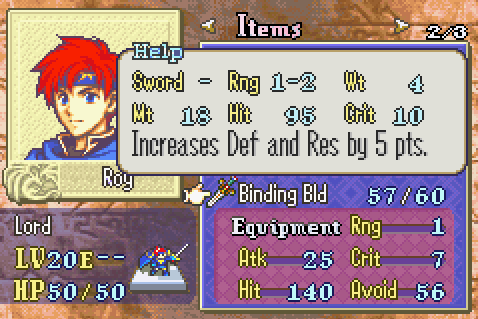 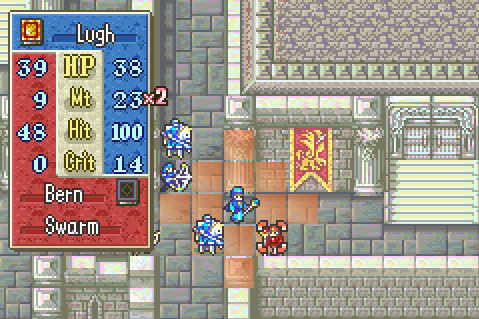 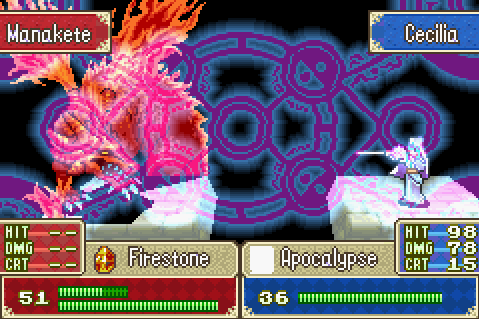 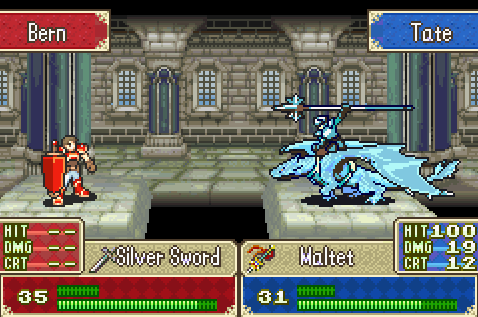 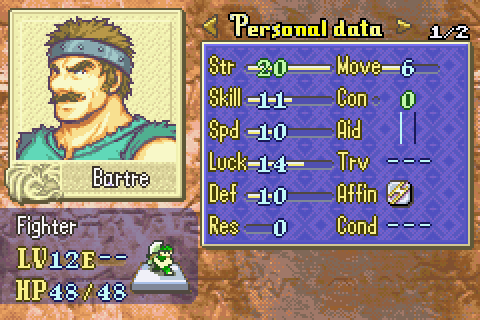 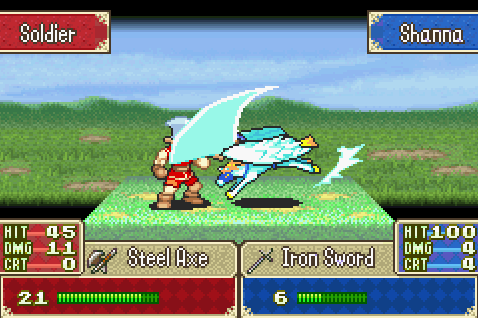 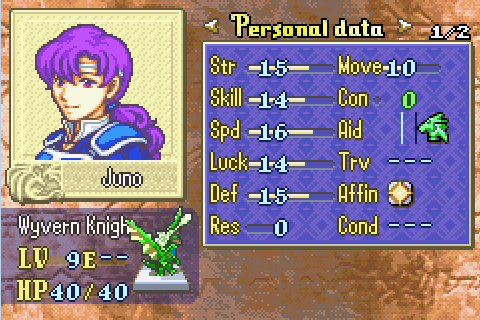 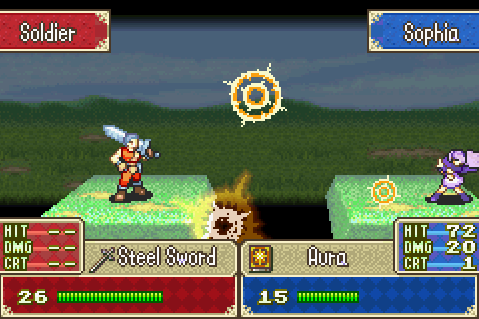 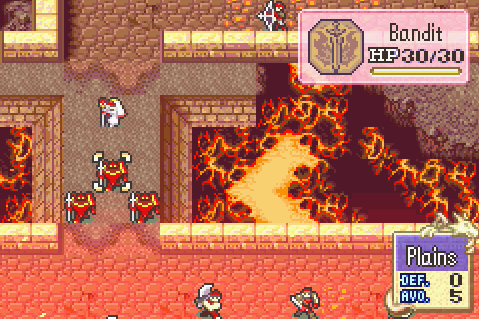 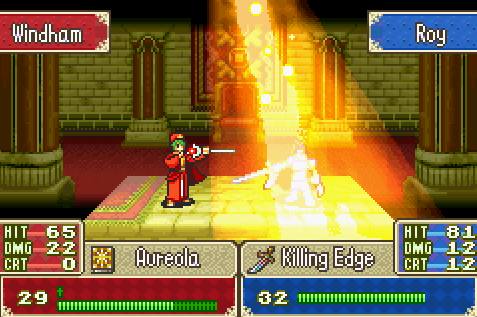 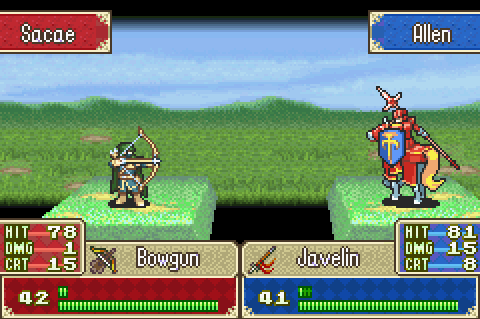 How it came to be

As an avid TV Tropes reader, I was looking through some pages about Fire Emblem. This time it was the subpage about Early Installment Weirdness: when the early parts of a series or show are radically different from the rest of it. There were entries about Gaiden and Binding Blade, among others, but the biggest section was about the very first game: Shadow Dragon and the Blade of Light.

The examples were fascinating; back then there was no magic stat, no silver axe, no steel lance, no constitution, no magic divide into anima/light/dark, no shamans, no sages, no rescue, no canto… It read like a completely different game. I’m not much of a fan of Kaga-era Fire Emblem, but this picked my curiosity. I wondered how such a game would play. I wasn’t interested in getting my hands on a copy of FE1, but there was something else I could do: hack one of the GBA games to mimic FE1’s gameplay.

At first I thought about hacking FE8 because it has the biggest amount of resources, but I realized that game has non-seize objetives, and in FE1 all objectives were seize. I couldn’t think of obvious ways to change the objectives without tearing apart the story, and I wanted to stick to FE1 as close as possible… so I chose FE6. I was aware the game is unstable and doesn’t have as many resources, but all objectives are seize AND the game is heavily inspired of FE1. I would regret that decision later on, but at the time I just got to work.

Features from FE1 that couldn’t be implemented

I played two full runs in Normal Mode, and balanced enemies on those experiences. Hard Mode is untested, so it might be horribly unbalanced. The last two trial maps are also untested because I couldn’t unlock them. Feedback is welcome.

I should have used FE8 as a base. With it the Levin Sword strength ignore and the universal HP cap would work, and perhaps other features could have been supported as well. I shouldn’t have gotten so caught up on the map objectives not being all seize, but when I had the realization, it was too late to quit. Oh well.

I have learned a lot, though. The simplicity of FE1 makes me appreciate how far Fire Emblem has come since 1990. I started with GBA where there’s a plethora of classes, weapons and mechanics that I took for granted, and to play something where they’re all absent is… well, weird! But charming, in a way. I’ve also realized how hard it is to balance a game and make it fun. It’s super easy to criticize Intelligent Systems when the game isn’t fun, but when you’re trying to fix it, it’s not as simple as it looked.

Special thanks to the folks at Discord who helped me iron out some bugs and features.

These screenshots have a powerful and liminal energy. My life is enriched from seeing them.

There’s some real irony in how instead of keeping the light brand (which functions like the FE1 levin sword already) and just reskinning it, you replaced it with a version of the levin sword that doesn’t actually work like the original FE1 weapon.

The light brand always does 10 damage at range, and it does take user’s strength into account when attacking at melee. The levin sword does not.

Okay, maybe not exactly like FE1, but it’s more similar to it than just outright using strength

physical/magical split units don’t work well without the proper patch iirc. Not sure if the patch exists for FE6

Hey, guys. I posted a new version with a few fixes at the end of the OP. If there are more updates in the future that’s where they will go. I updated the link.

I wanted to take a peek to HM, see how the untested land is. 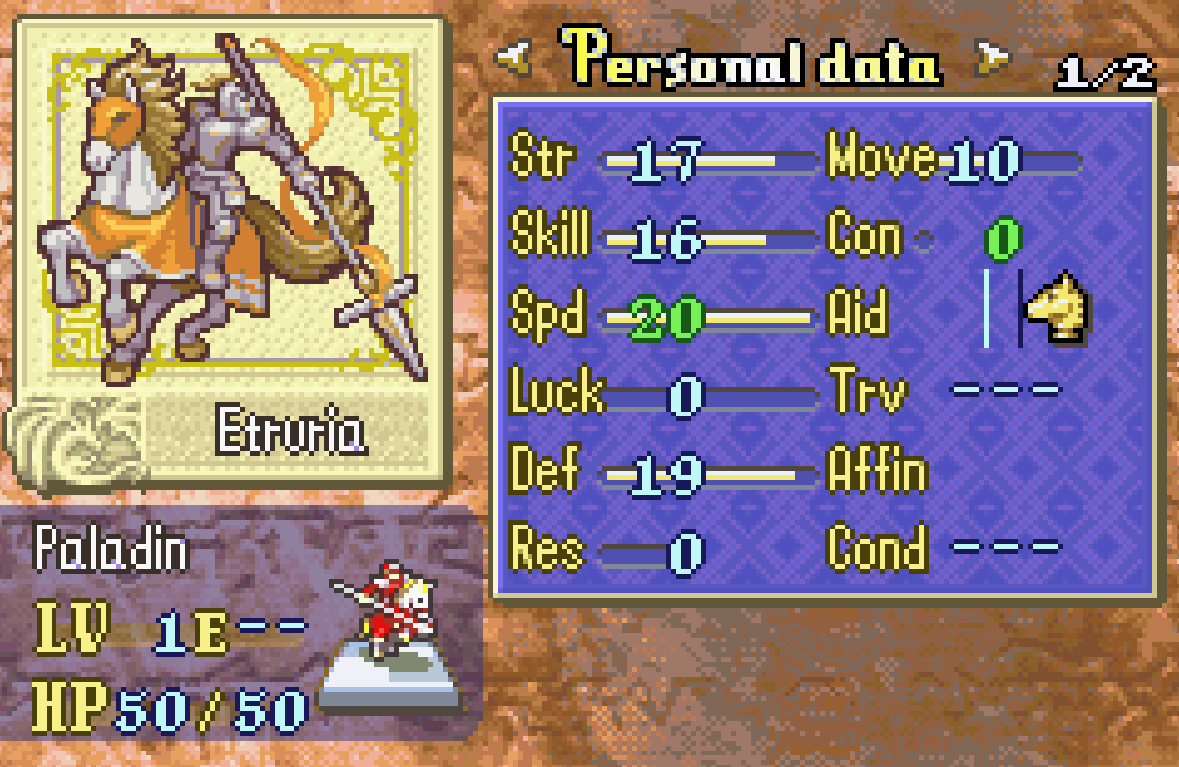 Yes LOL, I had a feeling promoted HM enemies would be OP. Even in normal mode they get very bulky. These hard mode bonuses that FEBuilder talks about, are they basically extra levels they get? If so I might nerf them further. 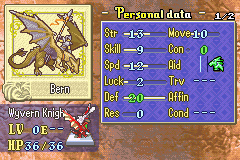 Yep. I noticed that you can go down to Lv 0 in the unit placer and I wondered how the game would react in practice. It works perfectly, turns out. Lv 0 enemies have slightly lower stats than Lv 1 ones, and because wyvern knights are so stupidly bulky and the player still has a weak army in Ch 7, I decided to keep it in. Plus it’s funny.

This is a sick hack! I’m really enjoying it 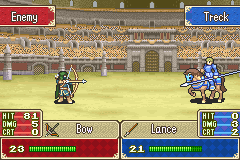 Hunters and Horsemen/Horsewomen for some reason can’t be countered in the arena.
Edit: actually all bow units will behave that way, either player or enemy. If there’s not a mage or bow user in the opposite side, the bow unit will hilariously attack in a row until it wins and opposite side will always be shown having 0 hit (despite not really missing because they can’t counter the bow user). Yeah, weird.

I’m working on fixing the arena bug, along other changes. Question: would you want support bonuses to be removed, since that wasn’t a thing in FE1? The conversations would remain, but stat boosts would be zero.

I’d say remove them lol
Not a fan of the way it works in FE6 and the closer to FE1 the better.

2.0 is here! I’ve changed some maps. Problems may arise if you change versions while you’re in those maps, so I’d recommend updating when you’re in a different chapter.

This seems quite interesting. Though I do find enemy recruits having random stats to be odd. In FE1, enemy recruits like Castor have no unique stats at all, save for the random luck upon recruitment.