Update: I’m considering moving to romhacking or use another engine, because I want to release this project in Spanish too and there are some specials chars like ‘ñ’ which don’t appear there (in fexp).
Moreover, I’ve found issues and bugs which delay more and more this project; that’s why I’m considering changing the software.

PD1: all songs are from other videogames.
PD2: characters are original.

Story (a bit):
Our protagonist is a young knight who chose Mus League, a League made for people who wants to be a Knight.
One day, people from his League wants to arrest him because they consider him too dangerous.
He runs away his “homeland” and meets again with Alma, a myrmidon who was saved by our protagonist.
They have got a hidden power, but they don’t know (?) … 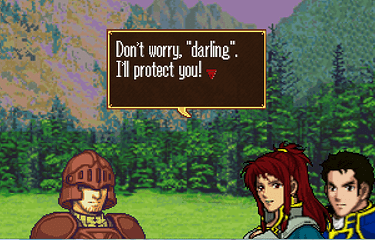 photo2961×577 165 KB
Classes:
-Most of Sacred Stones classes.
-No promotion branch (?), lineal promotion (?).
-Some names have been changed (Great Knight -> Gold Knight, for example).
-Stats (base and caps) are from FE:A.
-Added ranged attack & completed most of class animations. 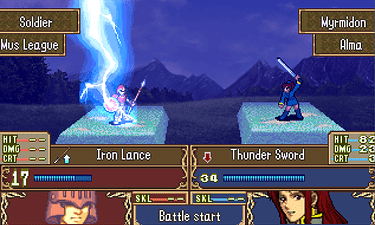 Oh hey, I remember you! Long time no see.

It’s so weird to see something FEXP related again, after I decided to go over to using FE GBA to make my hack.

Glad to read you again!
I’ve tried to made it on GBA but romhacking (16 colour-palette) is too limited for me.
So I made it with FEXP

I wasn’t aware you could still download & modify FEXP

Regardless, this definitely looks interesting. I’m definitely going to check it out!