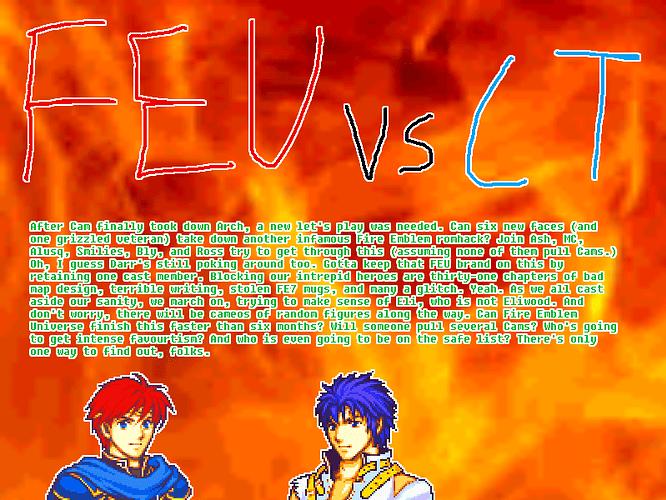 As one FEU Let’s Play comes to an end, it is time for a new run to begin. With many comrades by my side, we tackle one of the most infamous FE Rom hacks in history. Honestly, weren’t it for Ostian Princess, this would be the “So Bad, it’s Good” hack. Regardless, FEU is playing Corrupt Theocracy, and may God have mercy on our souls.

Rules are simple, the players take turns playing each chapter in the order below, they can make one edit per chapter, and can have one player character death per chapter so long as they aren’t a dick about it.

This is the turn order, Ash plays the first chapter, Darrman the second, and so on and so forth. God help us all

Let’s do this thing, baby. We will eventually complete this!

Can we finish this one before FEXNA comes out and the heat death of the universe?

I really didn’t think this hack was infamous. And six months would be longer than it took for me to make this lol

Can I get in on this?

(2021 edit: The spoiler broke but fixing the spoiler breaks the images.)
[details=Reinforcements 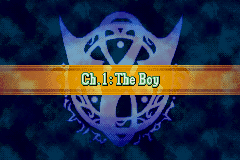 There’s a lot of boys in the world. Which one? 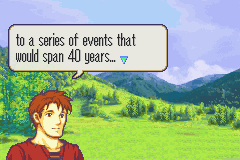 TWICE THE LENGTH OF FE4?! I expect two BBQs. 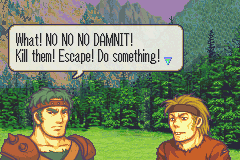 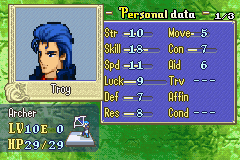 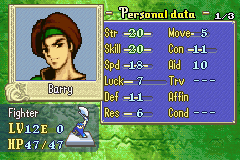 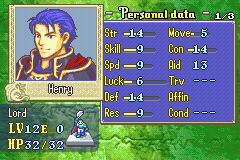 We also have a Hector clone! 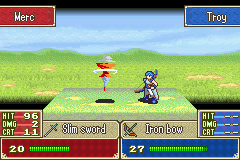 This myrm is a chump. Yeah. 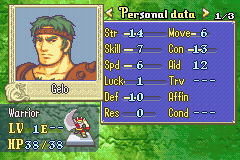 Here’s the boss, he’s not too tough. He’s a pain to reach, though… 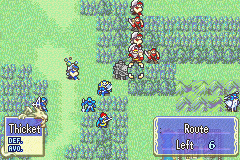 Because of terrible map design! He’s surrounded by thickets and there’s only one way to get to him… and it’s really roundabout. Cross hils, dive into forests? I’ll just throw hand axes at him. 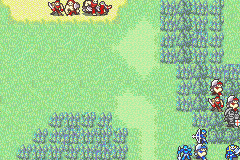 Beware of ambush spawns. There’s three waves of them. 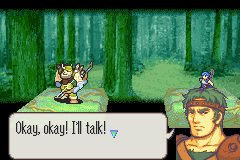 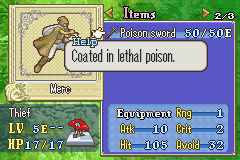 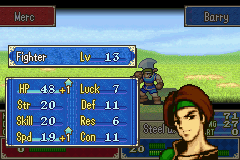 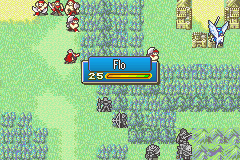 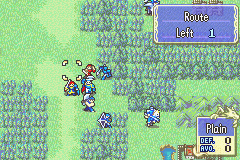 Eventually, there was only this guy, who I killed with the peg knight. I didn’t get a snapshot, but a thief also stole one of my vulneraries. It won’t be missed. 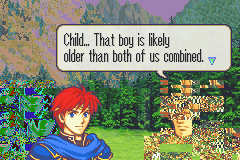 [/details]
wait i think i fixed the spoilers

Apparently Barry will ram 4 of his caps and get shit for every other level, but his bases are still uber.

Also, fun fact, Eli has a known bug of being unable to view his stats with the R button, FOR SOME REASON changing his portrait fixed this

Also the most infamous quote in this hack, right here for your viewing pleasure.

Every time somebody f’s me over in FE from now on, I will now call them

What? That’s such a strange bug that it’s making my head hurt. How the hell does that happen?

Shaitan give me strength…

Alright well let’s start this one then. I have decided to take this opportunity to create a LEARNING EXPERIENCE for all to benefit.

It’s my time to shine.

Hand me a loaded gun because I actually feel like ending it all.

This has got to be, without question, one of THE worst fucking desgined Fire Emblem chapters I have ever had the misfortune to play. Not even in terms of difficulty (although there were some hiccups, more in spoilers), but just in the sheer levels of bullshittery going on. Having to play through this chapter was akin to scraping my face against a cheese grater, and given the choice I’m not sure whether I wouldn’t go for the cheese grater.

Anyway, let’s get this shitshow rolling.

Lord Doggo was too pure for this sinful game

Consdering that assassin came out of the fucking Fog of War, yeah I’d say so too.