This is a small one-chapter hack made for a Restricted Romhack Challenge. Maybe it’ll get a real title screen someday, too.

Pooshi streamed playing it live, here’s that (assuming discourse doesn’t break the link because it used to be a livestream): 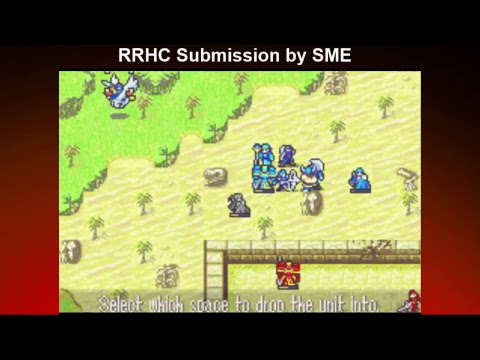 Thanks to Snakey, Circles, Tequila, Leonarth, Zane, Rossendale, Stan, Teraspark, SD9k, and Blademaster for skill system, plus again to Snakey, Circles, Tequila, Leonarth, and Zane, as well as 7743, for various other assembly things. Special thanks to Stan for doing a fix letting COUNTER_SET use the value in slot 2, which made part of this possible.

Here’s the buildfile too, if you want to take a look at anything 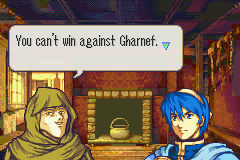 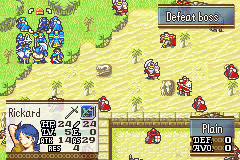 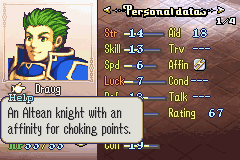 The desert that is 15x12 though lol

Desert Map with no flying units? Why make us suffer?

Not sure if intended, but the Wing Spear is effective Vs. Bishops.

Updated to version 1.1, which fixes scoring issue expecting the highest possible score for more than the lowest possible response and removes the random events that already effectively never occurred.

Will you ever add the “You can’t win against Gharnef” guy?