Hi FEU, I’ve recently found out here and try making a romhack.
Take a look at my little project.

“Fire Emblem:Borderless Army” is story set in Etruria, Western Isles, and Lycia in Elibe 1018.
As a Borderless Army, you will engage in a battle that will soon engulf the world. 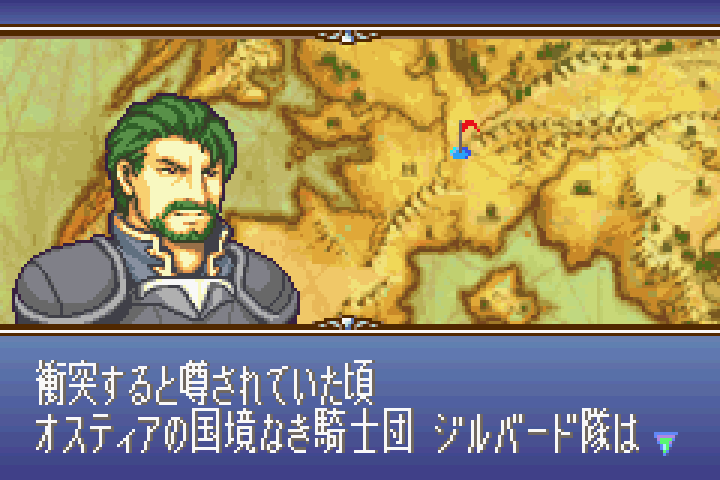 ＊Features
This romhack focuses on the GBAFE game balance changes. So, there are some changes as follows, but overall the playability is trying to maintain GBAFE. 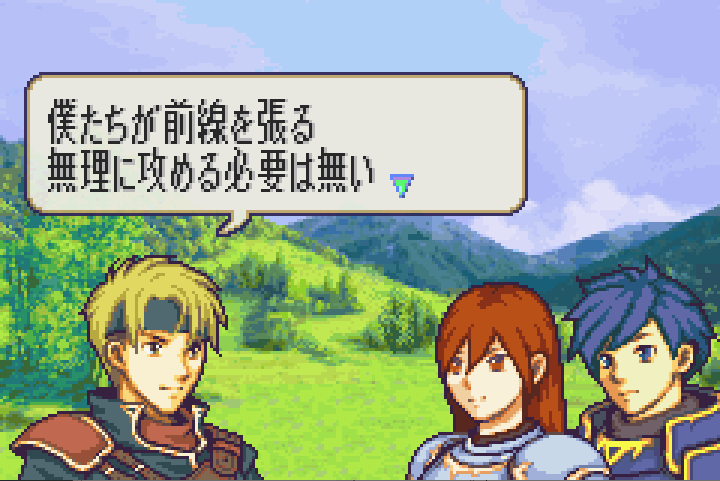 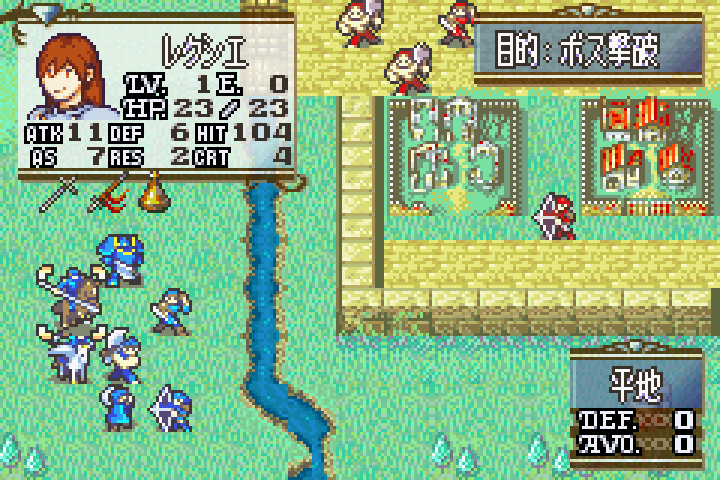 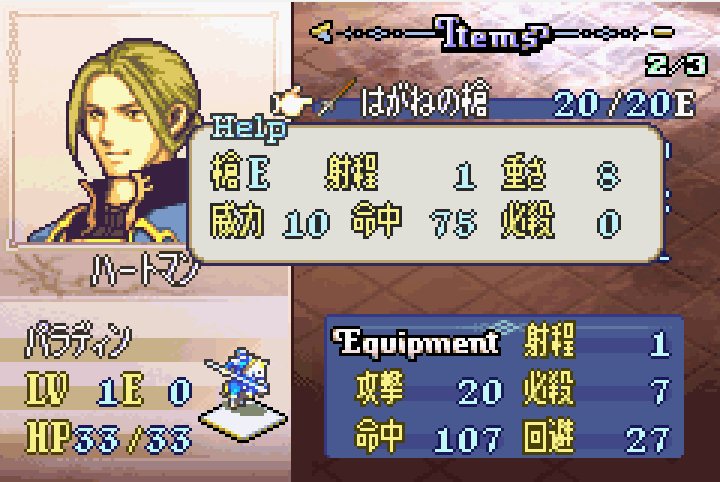 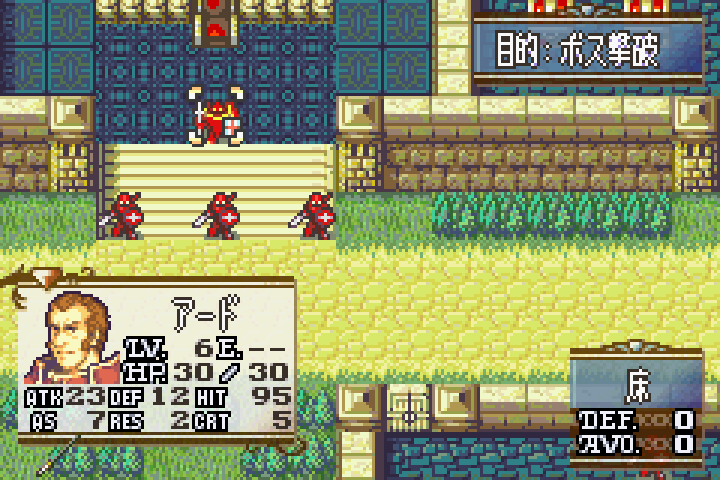 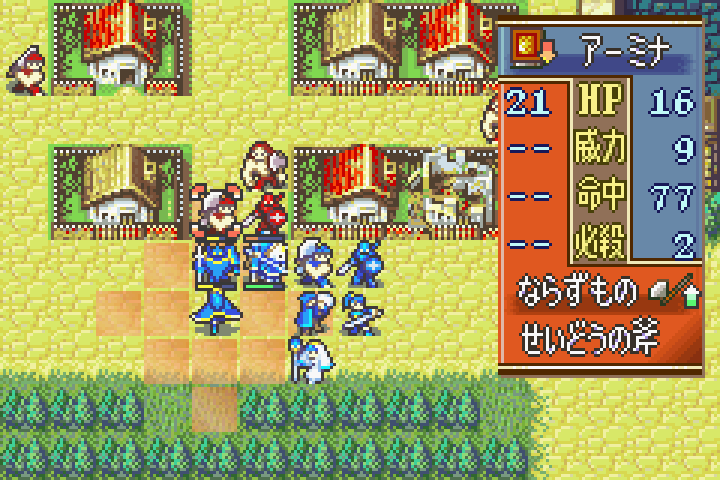 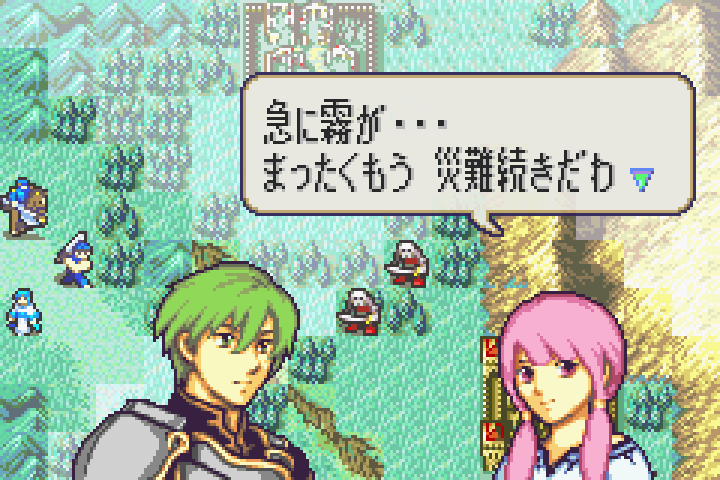 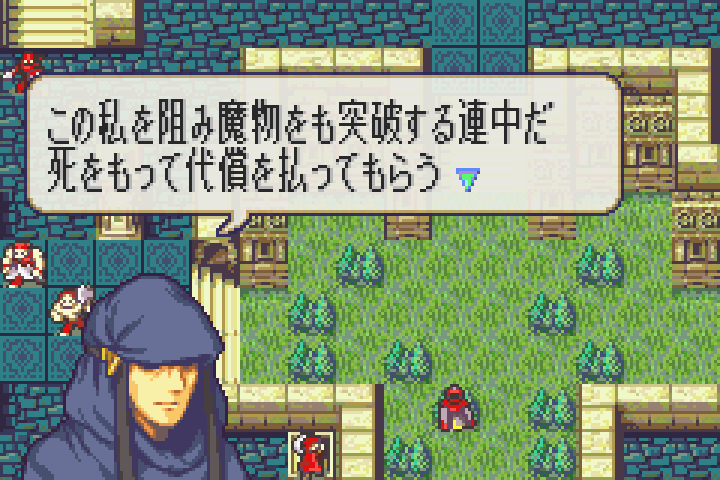 There is one game difficulty level.
My goal is to make it as difficult and fun as it was when I first played FE6.

I’m currently in the process of creating portraits, and I’m using graphics of several existing characters. No changes have been made to the sprites, animations, and others. It will be produced later. The reason I made a topic in this half-formed state is because I wanted to know people’ s thoughts on game balance first. Currently you can play from chapter 1 to chapter 7. If you would like, please give me feedback on my work.

Hope you enjoy it.

By the way, this is made in FE8J, and I’m worried about how many people can play it.

Is it on japanese?

Anyways, I’ll search for an FE8J rom and try it

Congrats on release! Looking forward to trying this out.

Hey there, I just played through the demo, and I’ll give some quick thoughts. I’ll start with two things I’m certain are bugs: in the prep screen, there are no swords. It sells a C rank bow instead. Also, the female thief cannot use lockpicks. 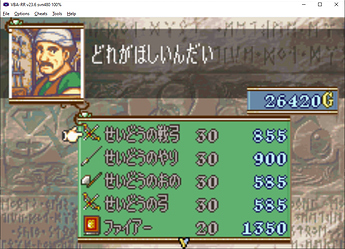 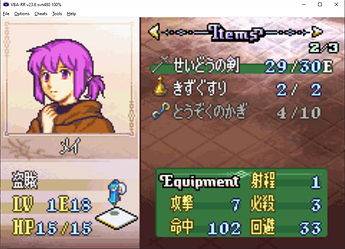 image962×697 218 KB
For more general feedback, it seems like the difficulty is meant to come from having weak player units and weaker weapons than vanilla, since enemies are pretty weak too. However, enemies are also pretty bulky, which was annoying to deal with. I mostly had the paladin and the early fighter do a lot of work (I promoted the fighter and gave the paladin stat boosters) since they hit the hardest.
For some specific map feedback, chapter 3 is easily my least favorite, since it’s a 12 turn survive map with very little going on. I’d recommend changing this into a different objective, since survive does not allow for very interesting gameplay, especially with such weak enemies. I thought chapter 4 was very interesting, even though I tackled the cyclops directly, since the left path looks viable for catching the thieves and baiting the cyclops around. Chapter 5 was okay, but dragged during the middle due to the reinforcements and the 1 tile bridges. I ended up waiting for the boss to come to me, which was boring. Chapter 6 was okay to start, but the reinforcements that showed up next to the boss were really excessive. I’d honestly get rid of them entirely, since I needed to run away and let the green great knight bait them away (this prevented me from visiting the shops), and again wait for the boss to approach me. Chapter 7 was pretty good, though I think the reinforcements and boss moving could be delayed by a turn or two.
Overall, it was pretty decent. The bulky enemies were annoying, but the paladin and fighter really helped deal with everything.
2 Likes
Astora03 March 13, 2021, 1:31am #7

Thanks for playing my romhack and for the feedback.
The above two bugs have been checked and fixed.

I want to have chapters that are difficult and chapters that gain experience.
If you see chapter 3 as a chapter to train weak units, would it still be boring?
I guess that if i increase the difficulty any further, a paladin will be needed.

As for chapter 6, I’m having trouble with that too.
So the concept is that instead of having strong units on your side, you have to fight a massive defensive battle, but It doesn’t seem to be working.

Given the structure of the game (growths are lower), I don’t think a chapter dedicated to training people really fits. Besides, there will always be time to give weaker units experience in other chapters. If you’re still concerned, you could retool chapter 3 into a rout map (just remove all the reinforcements).

For chapter 6, you have the right idea. I just think the reinforcements that appear behind the boss are excessive. Reduce the amount of enemies that show up there. Big defensive battles where you slowly block enemies don’t tend to be very engaging.

Hmm, I’m thinking in the direction of adding some interesting elements to the current map at the moment.
Becouse according to other feedback, Chapter 3 seems to be working well with village visits as a challenge element.
I think the reason why Chapter 3 feels boring is because of the difference in players’ abilities.
I’d like to know what other people think about Chapter 3.

The same point was made in another feedback, and I thought about reviewing the reinforcements in chapter 6.
The number has been reduced slightly in ver202103f03.

Too bad that the dialogues are entirely in Japanese

; half of the fun of playing these hacks comes from getting involved with the plot and growing fond of some characters.

Reluctantly, I’ll have to leave it to others …

Yeah. I guess so too.
The project has just started and I’m not ready to request it yet, but I’d like to find people who can translate it in the future.

Does it have reaver tomes?

Is reaver tomes a reversal of the Magic Triangle like Lancereaver in weapons?

If it is, yes.
but It does not appear in the current version(~Ch7)

In this hack, the weapon triangle includes magic.
So the triangle is [sword/light] → [axe/dark] → [lance/anima] → [sword/light].
Later reaver tomes will be used in the same way as weapons.

Hello. I’m currently working on Ch8~13 for next update.
Here’s a progress report. 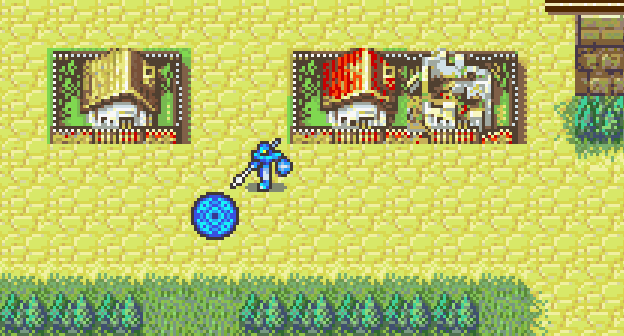 First, about the sprites.
The Soldier only made a standing motion, but now making a moving motion and also has a shield.
I’m creating several other original things for the next chapter, for example, a magic circle. 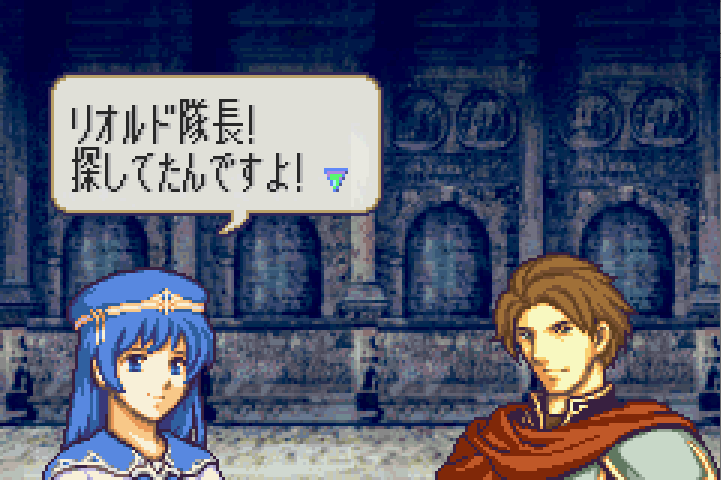 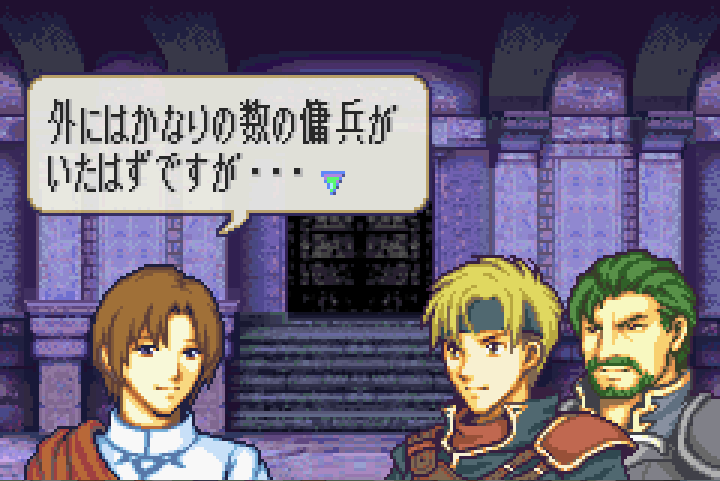 Other things I’ ve done include balancing the current ~ch7.

I’m also planning on adding new enemies.
Considering how long it takes to do the animation, the next update will probably be a while away.

Testing play of the current version is always welcome.
If you would like, please give me feedback on my work.

Pretty cool Project!,The map design is quite great!
Although i do have a question! Will FE6-FE7 Characters show up or is it only Original Characters?

Thanks:) FE6-FE7 characters will also show up