Hello, This is the Fire Emblem Thracia 776 Link Arena Patch! This is a sequel to my previous Genealogy of the Holy War Link Arena Patch as well as my FEE3 2022 Submission. What I have done is take the characters and mechanics of FE5, and ported them over to the GameBoy Advance for some 4 Player Free Far all Link Arena Action. 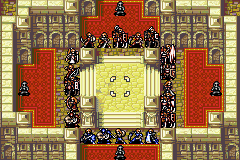 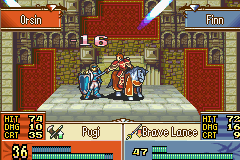 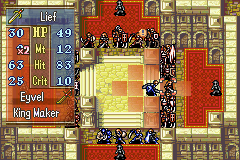 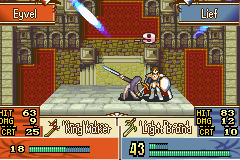 And that’s it. Thank you for reading this far. This has been a ton of work and I am really proud of how far I have come in terms of ROM Hacking. However, it was through the amazing people here on this site that I was able to do any of this at all. I know its a joke that Fire Emblem Fans hate Fire Emblem, but its cool to be apart of a community that not only loves the series, but comes together as a community make and create more and more of what we love. Thanks to all of you here at FEU!

Below is link to the assets I created (or adapted) for this project. The community creates wonderful assets for others to use so its only fair that i can give back in some way, however small it may be. Thank you again to Zane for ripping the FE5 map sprites and making sprite sheets.
Download Assets: FE5 Link Arena Assets