[FE8] Fire Emblem: Dreaming of Other Twilights - Demo Out Now!

From the man who brought you that one Souls of the Forest-inspired hack, the worst unit in Call of the Armor, and maybe at least a single funny joke in FEUcord, Knight_Moris proudly presents with his 100th post: 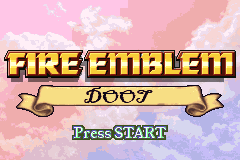 Fire Emblem: Dreaming of Other Twilights (DOOT, for short

) is a hackrom of Fire Emblem: The Sacred Stones.

Check out the doot community on Discord - hang out with 13 other members and enjoy free voice and text chat.

Anyways, that’s all from me. Peace

There is a dude named Blorf?

I wonder who made the portraits for those Hank and Melchior dudes.
Whoever they are they must be a really cool person.

The first release will go from 1-1 up to the first interlude, which makes for four chapters of gameplay and one interlude. Expect this sometime this month.

Yeah, unfortunately this didn’t really pan out. I got hit with a deadly illness known as Team Fortress 2 and also Xenoblade 2 so I haven’t gotten to work on the interlude yet, but I’d feel like poopoo if I went nearly a month with no public release so I’ve updated the thread to include a link to what I have done, which is 1-1 to 1-4, everything I promised minus the interlude, but there’s still some polish missing. Not everyone has a portrait, some dialogue is still WIP and 1-3 is barely evented, but everything gameplay wise is playable and I welcome any feedback on it. Also I’m making the Discord public, so stop by and harass me into working on the hack. 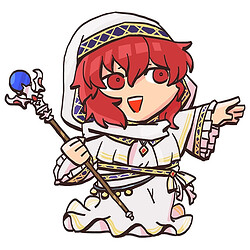 Marius stop playing team fortress 2 and help your kingdom out, i don’t care if you’re topscoring and almost have the payload to the last point.

Hey gamers, Knight Underscore Moris here with an epic hotfix because hacking is hard:
Bugfixes include:

Going to try this out! And can you please update the discord link? Thanks!

The server link is literally in the OP though

Hey gamers, Knight Underscore Moris here again with a small update to DOOT, adding some functional talk convos to 1-3 and 1-4, some bugfixes, and graphical polish. FEE3 is coming up soon, and when DOOT’s presentation drops, so too will an update with further polish and that interlude I’ve promised.