Are they continuing this hack??

It somehow is still alive.

Progress has been slow, and I had to move everything from FEBuilder to Buildfiles I swear this is the last time I change the engine/editing style.

Luckily I’ll have something for the FEE3… or something after the FEE3, I can’t promise anything.

No one in the team sees the point of having a public Discord for the project.
We all agree that we will keep everything private until we decide to show some significant advance in the project.

Considering Mikey said all of these things within only the last few months and he’s been working on this project for 6+ years… yeah it probably is. He just has a different development style from other creators.

I guess I should say something about the development of this project.

TL;DR:
Personal stuff is slowing down the development.

Hope you get well soon

Great post. I only said 6+ years because I wasn’t certain of the exact timeframe, but I was fairly certain I first saw Crossover around 2012. Crazy how it’s been well over a decade since you started. Keep at it! I love seeing how the project evolves along with your skills and life advancements!

Also… sucks you lost your job because of covid. 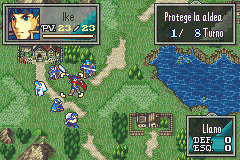 Ch. 9x is done, the first gaiden chapter with simple requirements.
Ch. 9 has a base conversation that gives the hint of how to unlock it.

And speaking about a temporal team, I made a simple ASM code to prevent units from trading: 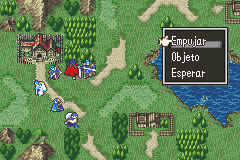 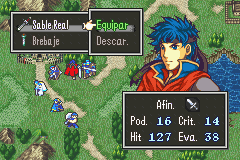 Why?
Because I like to watch the world burn.
Because some players would simply give everything to Ike in the final turn.

And that’s it.
Next update: in 2 months… maybe?

Also… sucks you lost your job because of covid.

I finally got a job, I’m adjusting my schedule to work in the hack again.

This is the greatest plot twist of 2021. Glad for you, Mikey!

Facebook reminded me how old this thing is, let’s see the cringe. 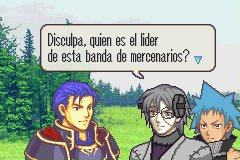 Anime characters in a hack?
My teen self surely was a freaking weeb.
These two were supposed to be Hannah replacements, but since that mechanic isn’t present in FE8, they were cut.
And when the base was added, I decided to put Anna instead, she can be multi-purpose and fits better than random anime characters. 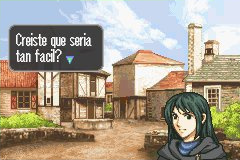 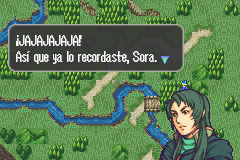 Atey did a excellent job changing my old Lucius splice into a unique character. 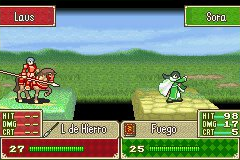 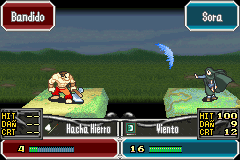 And she did the battle animation too. 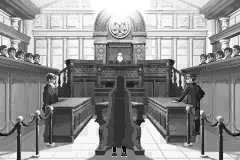 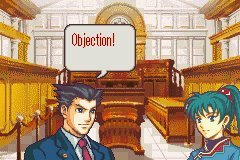 Oh, that’s an scrapped idea.
I was planning to do an Ace Attorney-like event, but it was too complicated… a bunch of conditionals… that was a nightmare, I don’t know what was I thinking. 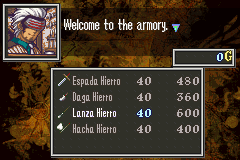 The AA characters stayed tho. 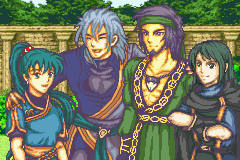 Some CG were cut too, because they didn’t make sense in the new story… 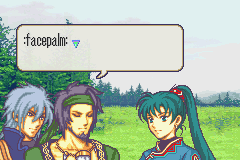 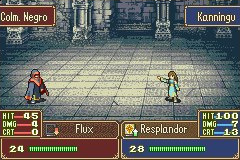 Ah yes, I almost forgot this was supposed to be a playable character, but the creator of that character left the project and we replaced that slot with Soleil. 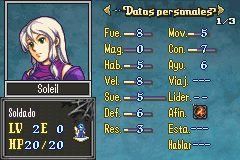 Gameplay-wise, Soleil was a better option, because the only character that could use lances at that time was Florina (Ephraim joins very late), not to mention that we had an excess of magic units.
Kanningu is still in the hack as a NPC.

Well, I have improved this thing over the last 12 years, and I’m still working on it.
Currently I finished all the world map intros (Up to Ch. 10), and I’m halfway thru Ch. 10 (I’m working on the ending now)
Maybe I can release a demo once I reach the chapter in which the FE7 version was left (8~9 chapters from now)

Minor Update:
The maps up to Ch. 18 are already done because they didn’t need any changes.
I have to update the scripts because there are 3 characters that weren’t present in the previous version.
Here’s one: 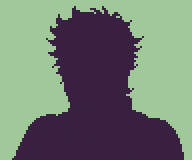 The other two don’t have portraits yet, but we’re working on that.
And I have to adapt the events from FE7 into FE8.

I am very curious （╹◡╹）

Spell animations don’t load in the Arena, even the native ones (including the arrow animation) 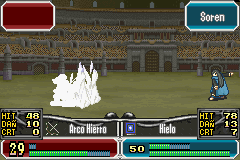 Thanks to @Tequila this has been fixed. 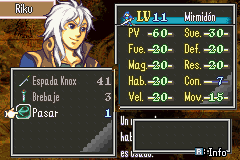 The game freezes when trying to use a skill scroll or a stat boost item (which now use the same system as the skill scroll) in the prep screen.
This bug is present in the current Skill System.

Also, I haven’t tested all custom animations, but some play a random sound when they miss.

Does someone know how to fix these issues?

Sorry for the long absence, I was dealing with [the virus] for the past couple of weeks and that prevented me from continue working.
Luckily my case was mild, but still it was a painful experience…
I have no damage in my respiratory system, and I’m fully recovered.
But I also had some unfortunate events… I won’t get into details of that, it’s something very personal and I’m still trying to recover from it. I only mention it because it’s part of why I was absent, but I won’t talk more about that.

Well, that being said, Ch. 12 was halfway done before all this happened. The map and the script are done, and I’m working on the events.
Also, new character joins the party in this chapter. 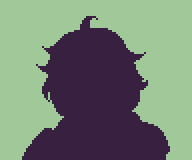 I still have some personal stuff to deal with this weekend, I’ll resume working next week.

Yees he has been updating the game, if you take a look in his 1st post you can notice his been editing the chapters, he has finish some and been working in the next ones. Let’s just give him some more time so that when he releases the demo we can experience the game a lot better