I was modifying the Sound Room based on this and expanding the table, but changing the 11 pointers to the table makes the game freeze while entering the Sound Room.
Then I tested each pointer, and every one has its purpose, but I haven’t figured out what do each one.
I got this so far:

The first 3 pointers doesn’t seem to do something relevant, at least in what I tested.
For the 0xAAF98 and 0xAB6C4, I think those manipulate how songs are unlocked in the Sound Room, but it keeps crashing when are repointed.

And now I don’t know how to unlock every song in the correct order, it keeps unlocking like in the old list.

Any help with this?

At the end of the Sound Room table is this:

That acts as the end of the Sound Room, you can have up to 255 entries 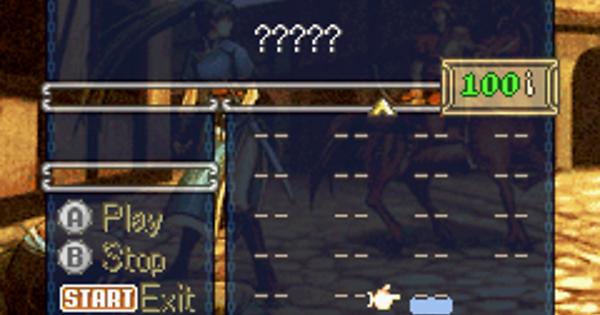 Yet I don’t know how make the unlocking system work with the new list.

Ok, pointers 0xAAF98 and 0xAB6C4 are the responsible for unlocking the songs once one is played.

EDIT: Apparently the unlocking system stops working at 0x7F (128), so the current limit for the functional Sound Room is 128 songs (Plus 10 extra songs that are unlocked by default)
I think this needs some wizardry to be expanded.

EDIT2: And it seems that songs after the 0x7F in the music array can’t be played on the Sound Room.

Found this thread. The writer expanded the sound room as well. Maybe he/she has some infos of it as well.

By the way, do you have any infomation on the sound room background images?

If you’re seeking to customize the soundroom, 0x80CE538C is where the game controls which CGs are shown in the soundroom. End the list with FF FF FF FF.

I did encounter a few bugs while playing around. From my observations, when you list the CGs, you must have at least 2 entries in the list or the game will crash when you open the sound room. They must also go from first CG index to last CG index. So you can’t go from CG 0xA to 0x3, it must be 0x3 to 0xA in the index.