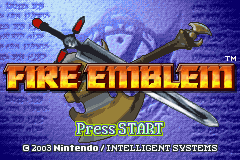 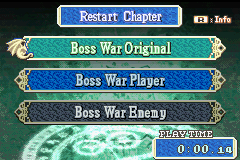 What is Boss War?

Okay, so sometime in late 2010 I entered the very first Fire Emblem Ragefest Contest by Markyjoe1990. The map I entered had a very simple concept - an all-out battle royale between one side consisting of all of FE7’s player characters, and the other side consisting of every boss character from the same game. About a month ago I decided to revive the concept, partly out of nostalgia for literally my first ROM hack ever, and to get used to FEBuilder. This is the result. This hack has three simple maps for you to play on, depending on which character you select at the start of the game. There are Normal and Hard modes for all three maps.

Boss War Original is played by selecting Lyn mode. It is the original Ragefest map I made back then. It has only been modified slightly from its original incarnation. Your objective is to seize the castle in the top-left, but that’s going to be more than a little tricky considering the Dragon is guarding it - you can’t even kill him on the Player Phase! 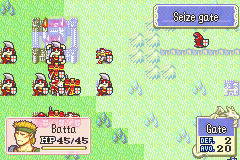 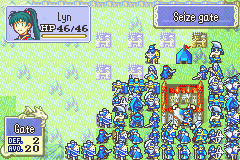 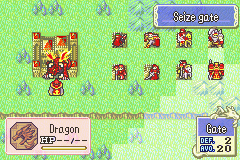 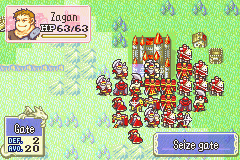 Boss War Player is played by selecting Eliwood mode. It uses an entirely new map, but the concept is the same as the original. This time, your goal is to seize the throne on the left - the one Nergal’s standing on. You don’t have to deal with the Dragon this time, but you have to fight through Nergal’s morphs and keep the Dragon’s range in mind as you approach. Not to mention all the enemies with status staves. 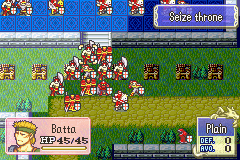 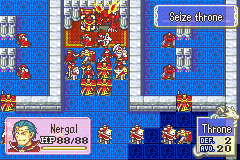 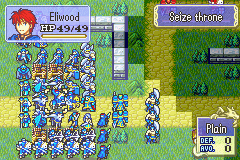 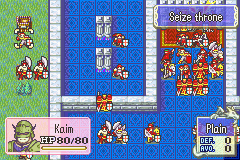 Boss War Enemy is played by selecting Batta Mode. It’s the same concept as the other maps, but with a new map and a new twist: You are now in control of the bosses of FE7, and you must take down every player character from FE7! Though you’re nearly outnumbered and your stats are awful compared to the enemy, this time around you have a lot of tools at your disposal, including everything that ever annoyed you as a player - Siege weapons, status staves…can you put it all to good use?! 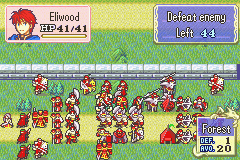 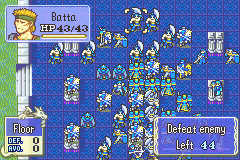 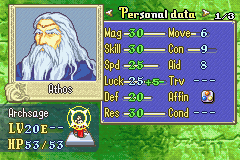 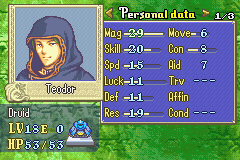 There’s more! After completing any of the three maps, you can view your ranking by going to the Battle History screen. I don’t even know if S-ranking these is possible (Combat looks like the most troublesome part of it) but nothing ventured, nothing gained! See how well you can play. 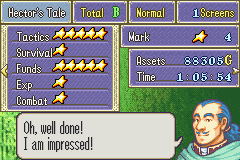 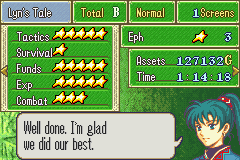 Do not enter the Link Arena! It causes some very weird things to happen. This is fortunately the only known bug. Aside from the character called Bug.

That is all! Good luck if you decide to play.

Haha, I was just thinking of your original ragefest hack recently. Those were the days.