Hello, my name is AMH9000 and I suddenly got an idea for a romhack to make every playable unit in Binding Blade spawn as a promoted unit.

Idiot me forgot to say apply to clean Jap rom

So what exactly does this hack do?

So why did I make this? Lots of FE6 runs, especially on hard mode, are pretty RNG dependent on any character’s levels to get through the early game because each unit’s stats are very low (with the exception of Marcus, the christmas cavs, Rutger, and Jerrot). With higher growths and less levels, units will much more reliably get the stats that they need in order to kill units or survive against others. The average stats will barely change (except for units like Treck who have an odd amount of levels to gain normally, they had their level rounded down), but the variance is severely lowered (a lot of HP growths are over 100% now, and other notable growths are very close to 90%) and some other growths or outright removed (for example, Lugh will always have 39 HP at level 20 since his HP growth is now 100% and he has 19 levels to gain, where as normally Lugh has an… astronomically low chance of naturally getting 58 HP at level 20/20, or inversely 20 HP at level 20/20)

What rom do you patch this with?

Idiot me did another idiot thing and used another hack as a base for this one, that’s been fixed now and actually uses a clean fe6 rom. should now be fixed

It’s Great.
My favourite part is when Roy finds 3 60 use Binding Blades randomly on the ground.

heh heh heh, don’t worry, that’s only if you use the FEBuilder DLC 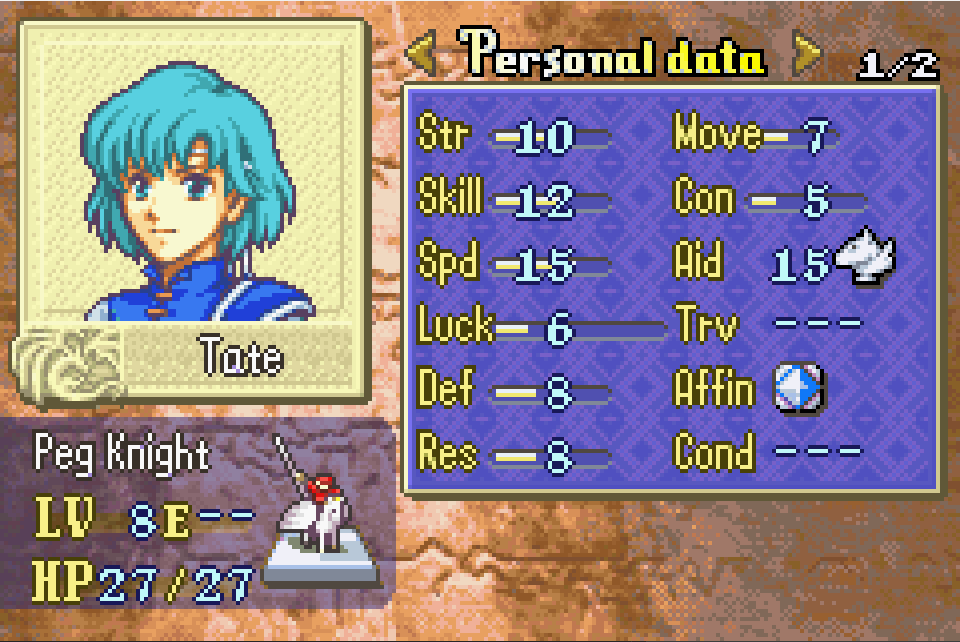 thank you for bringing this up, it is now fixed in both routes.