FE6 but the numbers are gone (FE1 Style Bars)

Did you ever just think

"I wish i couldn’t see what was going on at all times!"

"I love being mentally tortured!".

Well no worries, because i have just the right thing for you! 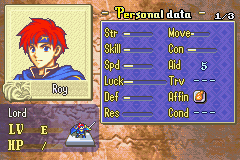 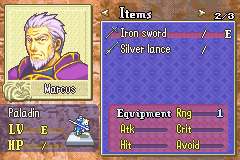 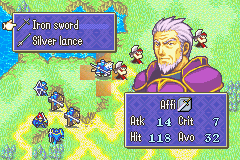 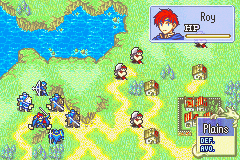 This simple patch removes the numbers from the Stat screen, weapon durability, aswell as the map screen. Time to play as God Kaga intended!

The Battle forecast, the attack data at screen 3, and the level up screen are unaffected as you can see, this may be fixed in the future if someone knows how to do it. The Battle forecast however can be completely disabled in the options as seen here. I mainly just wanted to get this out before i head off to sleep.
I was able to fix the battle forecast, the attack data and level up screen by removing numbers from the font, but battle animations, both 1/2 and off, aswell as the exp bar still show numbers. I learned a bit of ASM today thanks to Vesly and Scraiza on the FEU discord, so i am sure i will be able to fix those last parts aswell. No new update for now, i’ll see if i can figure everything out tomorrow.
Additionally, if anyone knows how to change the combat animation screen so that you straight up just have bars like in FE1 instead of numbers, hit me up. 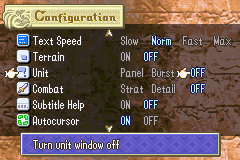 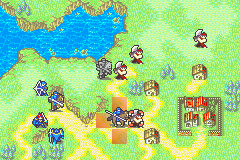 Because I have played FE6 countless times, Hard mode, Ironman, No hardmode bonuses for player units, without the battle forecast, all of the aforementioned at once, but at some point, even all of that is not enough.
I like Immersion and realism to a degree, and you could argue that this makes the game a bit more immersive/realistic, as, while you as the Army’s commander may be able to gauge the approximate abilities of your fighters and enemies, you could never get exact data at all times, especially not on a hectic battlefield.

Also: I was inspired by this Crusader Kings 3 mod i stumbled across one day.

So with the help of @Sme (HUGE thanks by the way, i just came up with the idea really), i managed to remove them.

Additionally, i will record and upload me playing through this on my Youtube channel with the rule set of: Hard Mode Ironman, No Hard mode bonuses on player units, No UI, No Numbers, and having to kill off Alan and Lance in Chapter 7 (just because i wanna showcase how useful an earlypromoted Barth can be in an Ironman), after i finish my Tear Ring Saga let’s play, or get a proper streaming setup going.

Here’s the download link, there is one patch which uses Gringe’s Localisation Patch 1.1.3 (the one with the support viewer) as a base
and one which uses @Adthor 's FE6 BugFix Edition Strong Enemies 1.5 patch as a base, which is my preferred way to play.

It’s ironic that the numbers were only able to be edited out in the places FE1 showed them. So more of an inversion.

But, I know how to eliminate all numbers. Edit the font and simply blank out the numbers. The font can be exported and imported through FEBuilder, and no asm would be needed.

Will take a look at it tomorrow, thanks for telling me!

Very Kaga of you to do that

Donlot here. At first I thought this was a parody of my hack.

Oh right, you made FE6 with FE1 style gameplay. Looked like a pretty cool project!