Long ago, there was this manga called Yugioh. There was an American called Bandit Keith. He was very American. He even wore a bandana with an American flag pattern. A few years later it got an anime adaptation, which then got dubbed, which then got parodied. While Yugioh Abridged was making headway on Youtube, a Freegian commander got inspired. His name was Kempf, and he was obsessed with America. He infamously declared to Leaf during his conquest of Dandrum Fortress that he “had fallen into his trap, IN AMERICA!”

However, unknown to Kempf, Keith had copyrighted his catchphrase. Now he’s coming to enforce it. However, Kempf had set up some precautions, including using Wiseman as a trap. Will Keith fall for it? 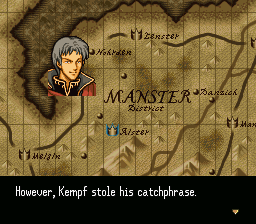 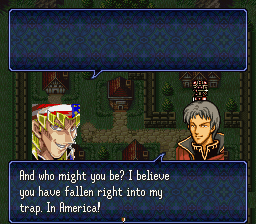 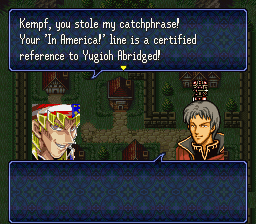 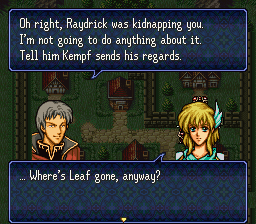 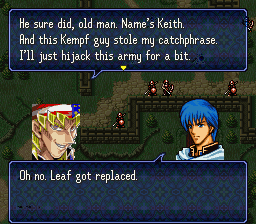 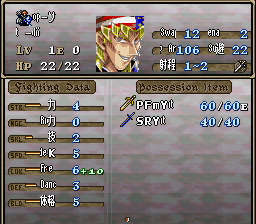 I used Zane’s disassembly to produce this, and the dialogue font is from his MAFC.
The menu font is straight from Shaya.
Keith’s portrait is edited from his Yugioh: Reshef of Destruction mug.