Thank you for the feedback. The formula is as Miacis answered. (Thanks for answering on my behalf!)

From me, I will explain the intent of the design.

I knew these would confuse players, but I preferred to balance them as one game rather than follow the FE grammar.

Is crit supposed to be a minimum of 1? It looks like everyone has at least 1 crit on them regardless of their Ddg stat.

Yes. Normally, the critical chance is guaranteed to be at least 1%. (Crit’s concept of probability is now the same as Hit.)

Only when having the Crusader’s Scroll can the enemy’s Critical be reduced to 0%.

For now I’m at chapter 7 and as I’ve said I’m loving the hack, I’m having a lot of fun. Plus some of my unit are practically unstoppable like Brighton that got LV 30 at chapter 5 and now he promoted thanks the Knight Proof to a killing machine

I’m glad you are continuing to have fun.

When I test play too, Brighton is often the ace unit until the middle of the game. 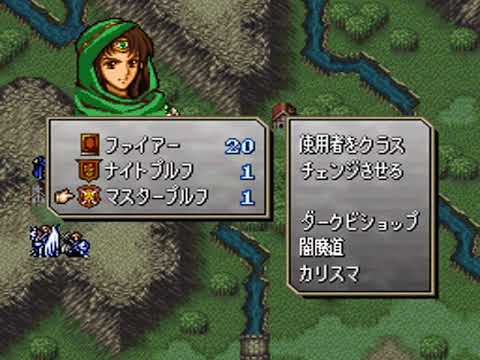 Mareeta’s new portrait is the third after the Fallen Mareeta of Ch5. She is now the most expressive of this patch. 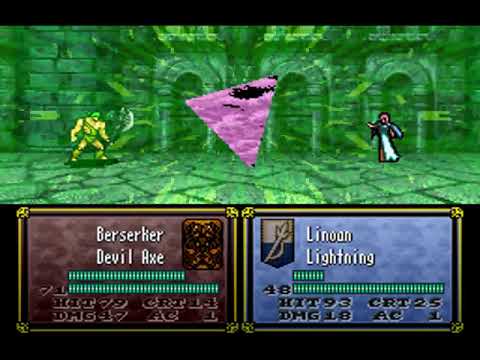 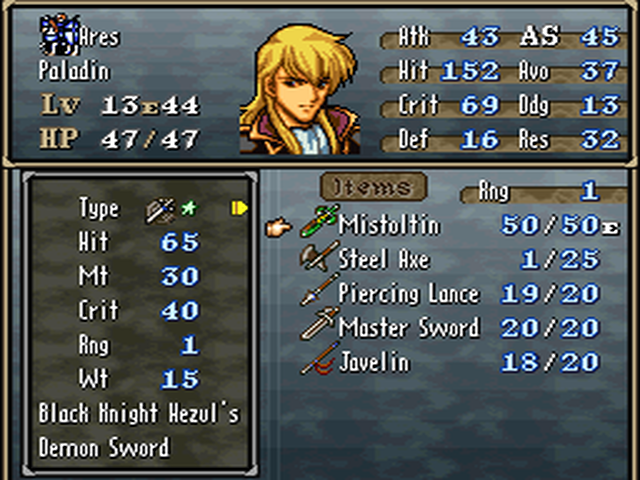 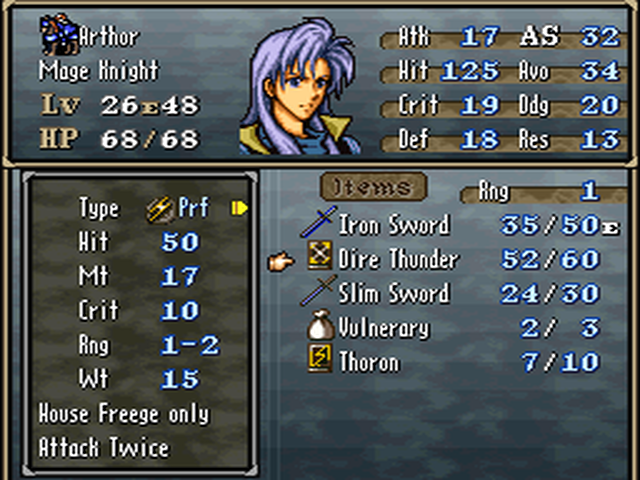 Updated. Fixed a freeze when using the Again staff.

Apologies if this is a dumb question, is there a link anywhere to 9-316’s original “Sacred War Genealogy’s facial graphics look like Thracia 776 (Ver. 0.06)”? The art looks amazing but I’m unable to find any of it online. Thank you!

Thanks for your interest. Their work is included in the zip file below.
The zip also contains other files, which may be difficult for English speakers to locate because the file names are in Japanese. You may find them by searching for GIF images in it.

I downloaded the editor but I can’t seem to get it to work on my computer. Did you run into the same issue? If you did how did you fixt this? Any answer will be appreciated.

I can’t say from the information in that question. I have never had that situation.

If you have any error messages, etc., try copying and pasting them here. Then I may be able to answer your question.

so uh, little bit of an issue, but every time i press b to use the english translation part, it always goes to japanese, which makes playing the game pretty much impossible for me to understand at least, is there a way to fix that bug?

Thanks for your report. I think you mean the language selection screen right after the game starts. (Please let me know if it is not.)

But I could not reenact the problem you reported. Please check if the B and A buttons are not switched in the emulator settings. If so, please press A to start.

Also, even after starting the game in Japanese, you can switch languages by pressing X in the Options (設定) screen.

i made sure in the config menu, could it be my emulator? i am using bsnes

Thanks for letting me know. I have confirmed in BSNES. I was unaware because it was not a problem with Snes9X.

It will take some time to investigate what exactly is causing the problem with the process, so for now, please try to switch languages after starting the game.

The language setting affects the whole game, not per save file. Once you have changed the settings, reset the game and you should be able to play from the beginning in English.

I have created a video on how to switch languages (after starting the game). this is how the language is switched. If this does not happen, please let me know again. 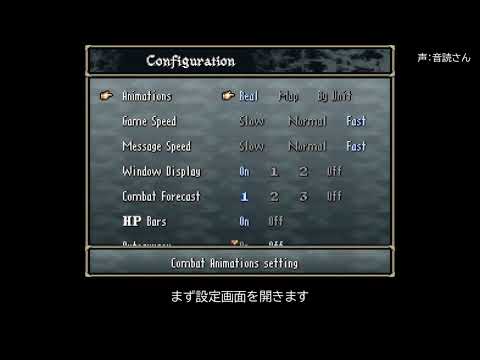 thank you very much! this helps me a lot, cant wait to try this out now!