Wanted to make sure this was posted here! Great tool developed by Cedar Nyx of The Emblem Brigade.

Anybody here still in touch with Cedar? I started porting Eventiel to FE8 and figured I should get permission, but asking on TEB got me nowhere.

Cedar isn’t really around anymore and TEB as a forum is kind of dead, but I’m positive that she wouldn’t mind you porting it were she still active.

Make it a downloadable file. Using it on the net sucks.

Using it on the net sucks.

Especially on TEB’s site because of Jcink forum software’s goddamn default setting of “refresh the page every 30 seconds to show shoutbox messages even if you aren’t logged in and therefore can’t or don’t want to view the shoutbox”.
And if something happened to TEB one day, the Eventiel would be lost to the ages and that would stink.

And there would always be a conspiracy floating around that they deliberately destroyed the site. Those damned clever trolls and their troll hacks and ragefests… I’m calling it from a mile away…

Eventiel is safe, I’ve backed up the code and most of the assets (which are stored on Dropbox anyhow). Those damned clever trolls and their troll hacks and ragefests

You mean “that damned clever troll”. Cedar was the only actual modder there who released stuff. She was the face of TEB, though, so there was a pretty excellent façade in place that there was more than just herself making stuff there. 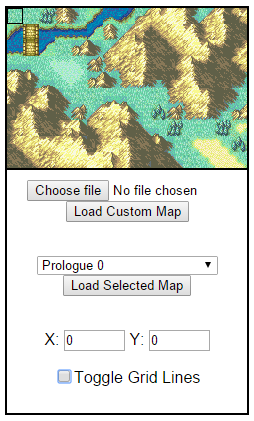 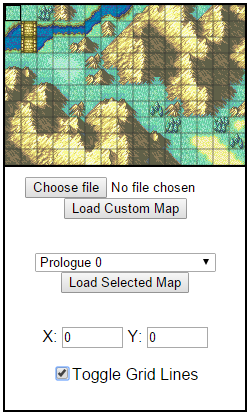 OH DARN, WHAT A SHAME THIS IS

Unit creation works fine as long (as you don’t have any REDAs). Reduced unit loading coordinates to 1 pair, AI and DropItem flags are working, all item/character/class/chapter definitions are now for FE8. Moving to next chapter has been split into moving directly and moving via the world map.

Next time I’ll try to get text/backgrounds working, and look into using cookies to store the data so it doesn’t get FUCKING DELETED every time I refresh.

I’m so glad to see the community recently begin busting ass on FE8. I do think it’s the superior engine and every piece of effort we put into FE7 is more effort not put into FE8. I don’t think FE8 even has any downsides over FE7. Everything is just… better.

I remember Ryrumeli saying something similar back when he was around.

Actually wait, you did a patch for FE7 that made it remove static and some other things from audio, is it conceivable that maybe a patch for FE8 which optimizes its sound engine could be a thing?

The FE8 version was made within 24 hours of the FE7 one being posted here.

Which was also when we discovered it can’t handle higher sampling rates.

Maybe that was because of the patch? You did warn me about intensive samples.

Well, possibly. But the patch improves the way it processes sound files so if anything it should have helped. Plus, FE7 even with the patch was able to take up to B for the most part, whereas FE8 couldn’t go past 7 (forgot the actual sampling rates). Granted, it’s possible that the “weather” aspect of the FE8 title screen takes up a lot of processing power and therefore that’s when the lag was the worst.

Just tried it with an unpatched rom, still gets static even at 98. Though it’s only occasionally and minor instead of being physically painful.