Heya its Eb here, you may know me from discord and im here today to present my hack Fire emblem the divine army!
This started as a way to prove to people I actually knew how to use febuilder but I actually got really invested and decided to make it a fully fledged hack, keep in mind this is very very very early in the testing faze and chapter 1 is very close to completion so expect a patch around tommorow, so without further ado let me show some screenshots. 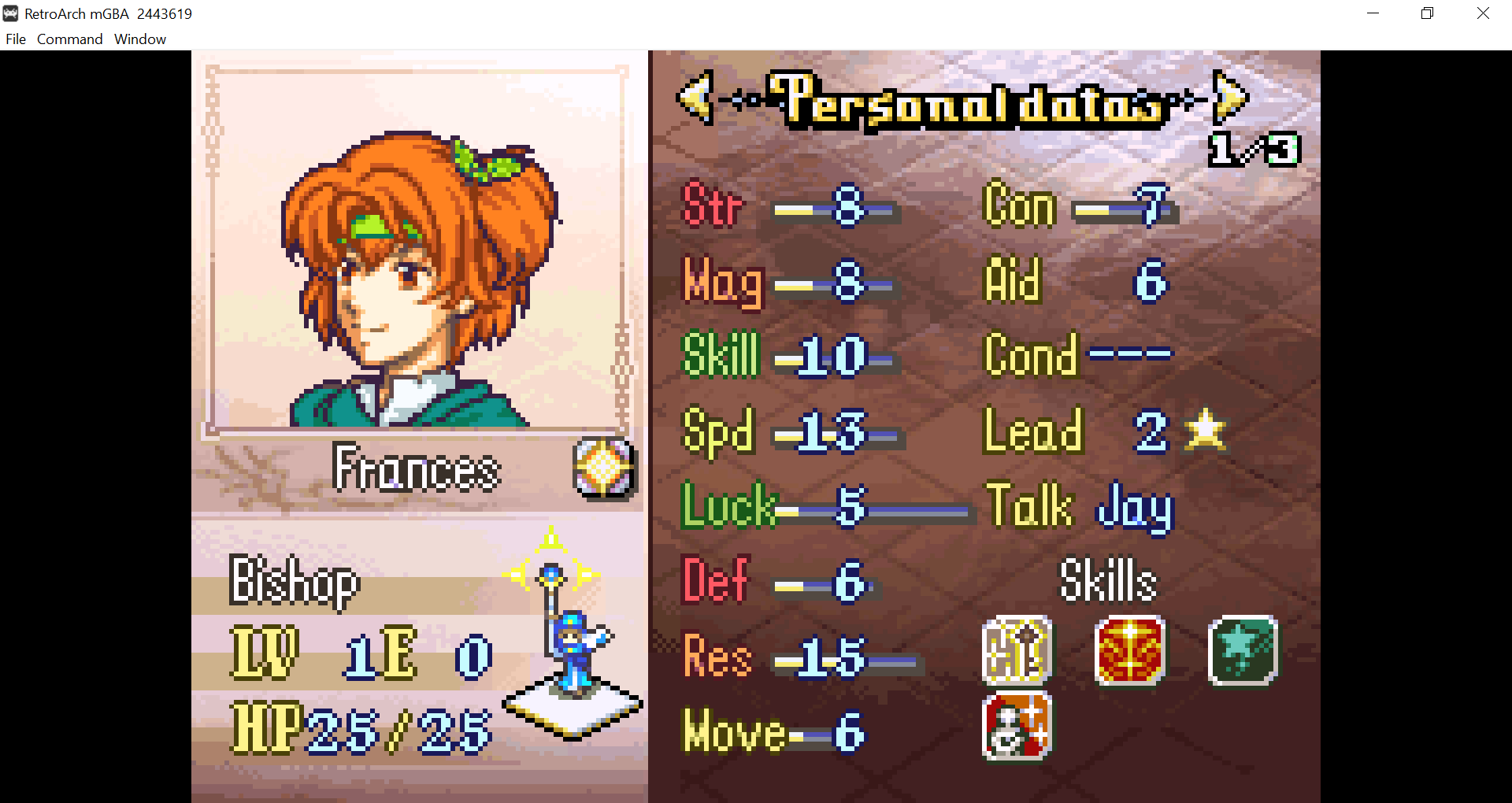 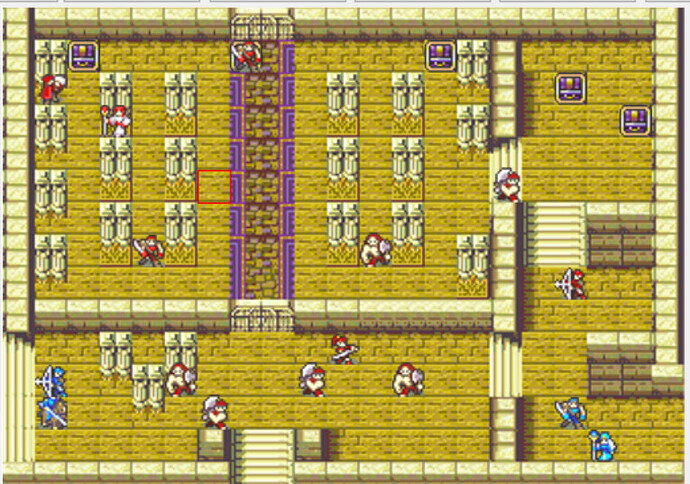 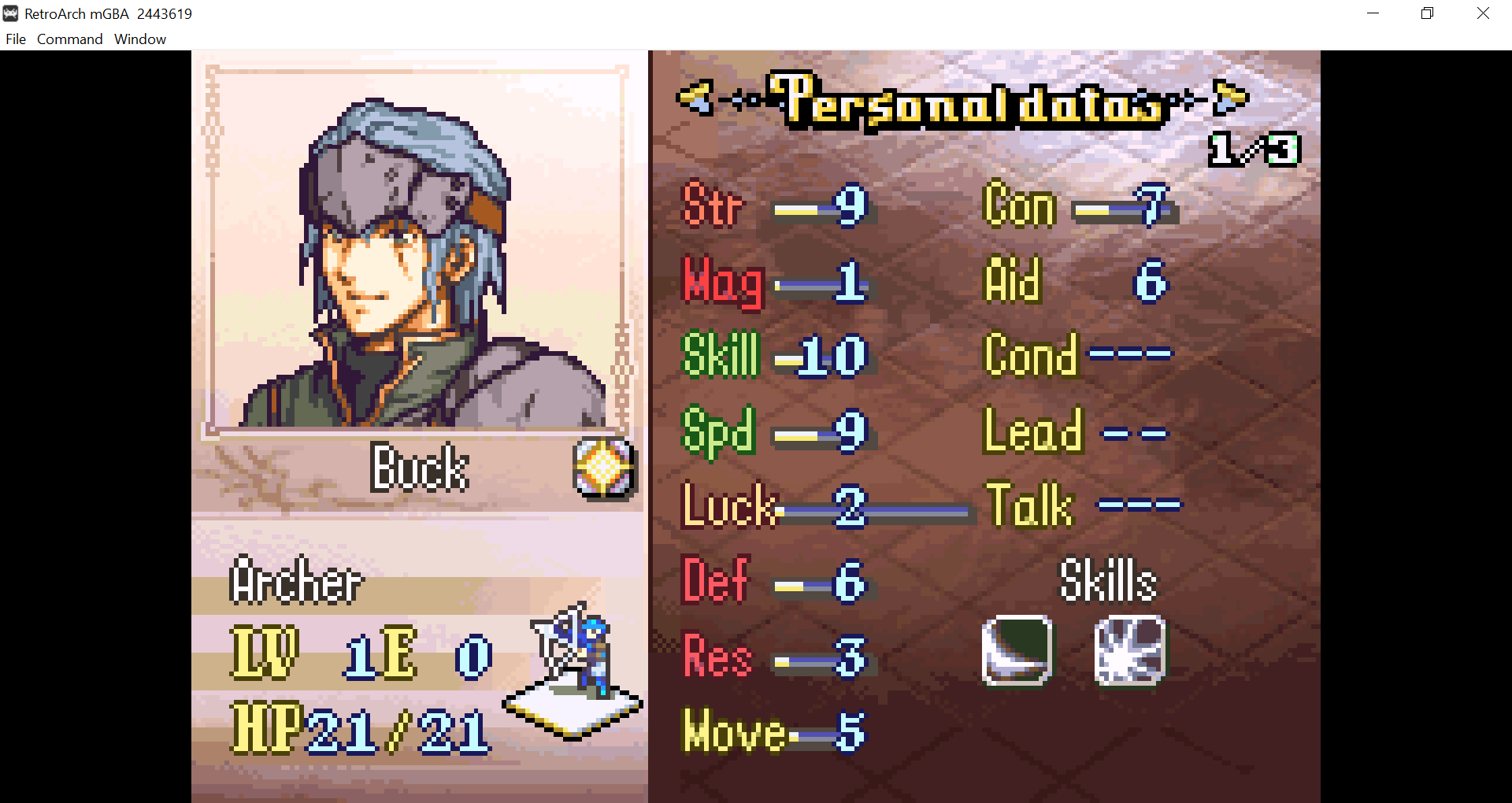 Now here is a little quick summary of the story, The church of Abzuel send one of there strongest bishops to go and do some mercenary work around the continent,The bishop is also requested with training a new recruit, a talented swordsman named kevin, while doing mercenary work Kevin and Frances get caught up in a war and are forced to align themselves.

And finally a quick run through of each of the current units, Frances, a high strung and stubborn bishop and is the main lord of the hack, kevin, a swordsman (renamed mercenary) a nervous wreck but a very talented fighter, Jay, a loyal and devoted man who is a cavalier,Buck, jays best friend, a distrusting and lazy man in the archer class,Kelsier,A former assasin turned devoted father using the assasin class, And Ashley,Kelsiers daughter who does not respect her father and is practicing dark magic, shaman class.
Thats about it for now, expect regular updates and such, also Heres the discord server https://discord.gg/85gaknNJbP.

Welp after a day or so of tinkering I’ve finished the gameplay portion of the map, the writing should be done soon and keep in mind this hack is subject to change immensily, also there is a little sneak peek of chapter 2 in there but it isnt done, so gimme your feedback please! Here is the link:Dropbox - Divine army 0.1.ups - Simplify your life

Heres a update since I havent left one in a while! chapter 1 has gotten a map rework, chapter 2 is nearly done, chapter 3 is nearly done, and chapter 4 is a WIP I have added several new characters I have added some new icons for items and have a basic Idea of where the story is going I plan to release the next version when chapter 5 is done.

I’d suggest entirely reformating the OP, it’s kinda a jumble of a couple of paragraphs that just throw information at you. I’d be glad to help you reformat it.
Edit: Also chapter 1 still has vanilla eventing in it’s end event
Edit 2: You need to credit the assets you used still.

wtf im being ripped off again

anyway im gonna give this a shot and tell you how it goes
(btw i totally know you made that map in FEBuilder, may i recommend using anything else like Tiled for that instead?)

I’ve told him to use tiled. His exact response was: “Nope”
Edit: B’yeah totally should used Tiled or something similar

I have some feedback for you.

You should let us know to use FE 8 as the base when patching a file.

I tried to play the first chapter, but after moving my units and ending the turn I was unable to proceed with gameplay. I used mGBA and selected easy mode. When I ended my turn, the Enemy phase never began and several units moved across the screen simultaneously, then stopped. It never became player turn again.

I realized after playing it again on normal mode that it’s functional on normal mode. The thief doesn’t do anything after stealing their first treasure. The chest key feels redundant where it is. I would move it onto one of the enemies near Jay and Buck. And maybe make it a door key instead. No conversation happens when I talk to Jay with Frances. Between attacking, healing, and picking 4 chests I feel like Frances has too much to do this chapter. The chests don’t have opened graphics for after I’ve gotten the treasures. The chapter doesn’t end when all of the foes are defeated. Also, Frances cannot successfully pick the locks on the doors.

The difficulty was a good balance for me. Although the hardest part was at the beginning before I took a look at their skills. I thought the enemies were well placed.

Easy mode and hard more are not working I should probably mention that, I have no idea how to fix that theif id but I will sometime soon the writing is not done at all so thats why the jay and frances talk didnt work I removed lockpick from frances and just added more chest keys the chests not changing is something that will be changed in the next version and thanks for playing!