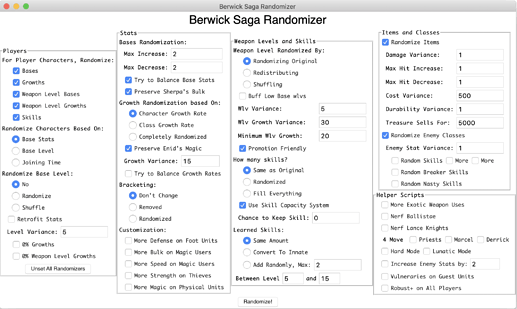 How to use this randomizer:

Or you can skip all that and play my Berwick Saga Rebalance, should be pretty fun. 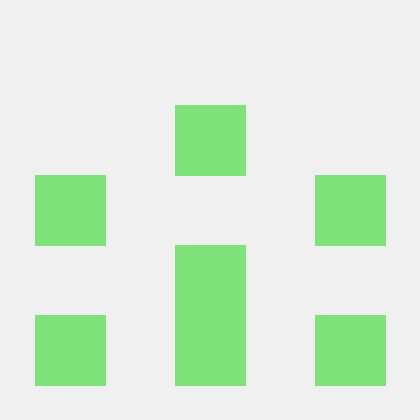 Contribute to MinN-11/berwick-saga-editor-randomizer development by creating an account on GitHub.

Please report any bugs you have encountered.

Sweet, a Berwick randomizer seems like it would be great fun to mess around with, and the QoL patches are also lovely. However, when attempting to run the game, it just crashes after the New Game screen saying ‘‘assertion failed fqc = 0 on vif 1.6.0’’ while using PCSX2. The patcher itself says it was a success, so i really have no idea what might be causing this. It goes all the way to the title screen before getting stuck into a black screen and crashing.

Now this is podracing.

Yeah i do have the more recent one. Might be something with the iso, so i’ll give a different one a try and report back with results when possible.
I was using that button too, so if it is an iso issue it is most likely due to the patch not being compatible.

Alright, trying out a different iso worked for some reason. I got to mess around with the randomizer a little and thus far this is really promissing. The fact you can just set Marcel/Derrick to 4 move and perform other minor changes is pretty neat, gives an extra purpose to this tool. Maybe consider adding the option to give Burroughs 4 move as well.
The way the actual randomization works is quite cool too since it is really easy to edit stuff manually if one feels like it.
I dont see a way in the Randomizer to remove Owen’s Limited though, and doing the standard randomization stuff doesnt seem to affect his Limited. Would adding ‘‘unset RazeMonkOwen skill limited’’ like you did in the patch notes for your randomizer work? Adding a default option to remove his Limited seems like a good idea regardless. The aura on skills like Supporter or Resistor dont show either, but they do seem to work (At least Supporter does).

Is the setting to randomize Enemy Classes not working? I have been mostly messing with the settings themselves thus far, but the enemies in the first map arent changing classes at all. Another issue i’m seeing is that certain skills need the user to be equiped with a certain weapon (such as Axes or Blades in order to use Pulverizer). Wouldnt surprise me if changing them to work with any weapon wasnt possible due to the way they are coded, but maybe make it so the randomizer wont force those skills to units that cant use them?
Regardless, this is definetly an awesome tool. Having an easy button to remove randomizations themselves, set 0% or just straight up buff enemies by a set amount makes it very friendly to someone that doesnt actually want to randomize the game. It is definetly more than usable right now, but i’m looking forward to more updates. Great work.

Thanks for the reply. Randomize enemy classes enables changes to enemy exclusive classes’ stats, it was a stupid description I will probably change that. Players will always get usable skills unless I missed something, enemy skill randomization will be fixed in the next release. I forget to include remove limited in the randomizer

, 4 move Burroughs is a good suggestion, will be in the next release.

Admitidely, the Pulverize thing was from me messing with the resulting script manually after i saw that certain enemies came with unusable skills (such as Axemen with Aim), which they refused to activate so i ended up testing. My Elbert did randomize with Overwatch though, which he couldnt use, so you likely missed that one since the skill description doesnt specify you need to have bow/crossbow for it.
I was mostly messing with the characters themselves thus far, but it also seems like items arent changing at all. At first i assumed it was due to my variances being too low, but even after trying to randomize just them with large variations while ignoring everything else they just come out the same as vanilla.
However, the items did change when i used your rebalance. Maybe the randomizer’s wording for the items isnt being accepted by the Editor itself?

Edit: alright tested my theory and it is correct. So for example, Rapier has 7 might. Assuming it rolled +1 damage (for a total of 8), the format that the editor recognizes is “set rapier stat might 8”. Currently the randomizer is generating “set rapier damage +1”, which doesn’t work in the game itself.

Berwick Saga on Lunatic tho

It should be set rapier stat damage +1, nice catch!

Fair enough haha. Been testing some more and the randomizer seems to be working as intended thus far, the only issue being a couple unusable skills being given to player units and enemies (Got Vengeful and Overwatch in a recent test).
As another idea, i suggest putting up an option so Reese and Ward always keep their Robust. I am assuming that them getting captured would lead to a game over, but getting crippled could be a softlock. I really wonder if changing classes is at all possible considering how promotions and even certain mechanics work in Berwick, though it would likely be simpler to randomize enemy classes (would probably need to add an option so they cant randomize into wyvern riders though). Do you think randomizing food prices, bonuses and/or taste is a possibility?

Already ahead of you haha, they have stealthy robust+.
I will investigate changing classes if I have time.
Randomizing food is possible and documented but it’s so minor and takes work. I probably won’t do it right now.

No way. No way! Where did this come from? A randomizer for my favorite strategy game, just like that? Now this is one hell of a birthday gift! I’m definitely going to keep an eye on this. Thanks for all your efforts!

May I ask what the hard and lunatic modes change, exactly? Couldn’t find any answers on the readme or in the thread.

Damn… Then again, Ward is Endgame Ready, isn’t he? He can handle it.

In any case, this has tons of potential. Berwick Saga’s such a finely attuned game, but some variety doesn’t hurt. I’ll definitely put this tool to good use at some point! Thanks once again, and good luck with the future development of the tool!

For a suggestion, please see if it’s possible to make it randomize furniture effects. It’d be hilarious to make those things actually worth buying… Or even more of a scam.

Excited to see this! When I tried it, though, the editor would not apply the randomizer text files and give me an error, but worked just fine with the rebalance patch. Tried a different ISO, same problem. The text files I generated with the randomizer have been working for other people, too, when they don’t work for me, which is especially annoying.

EDIT: Someone else sent me a text file that started working, so I can play now. Still kinda frustrating though.

Apparently the word ‘‘stat’’ in the bit about a weapon’s cost may cause the editor not to work. It can still work (and did for me at times), but this is the one change i have noticed from testing that has prevented the Editor from working.
ie changing something like ‘‘set dagger stat cost -111’’ to just ‘‘set dagger cost -111’’ solves the issue entirely.

Fixed, I was dumb and treated cost as a byte when it’s larger

Oh and overwatch is now locked to bow users properly.

So I just finished playing a run of the randomizer. 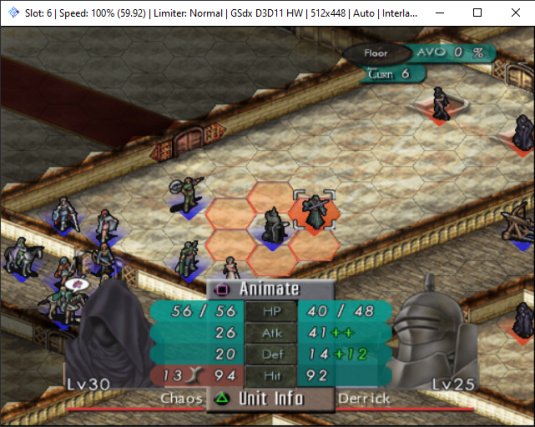 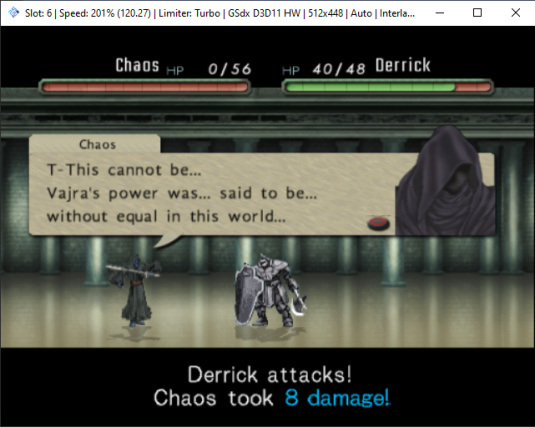 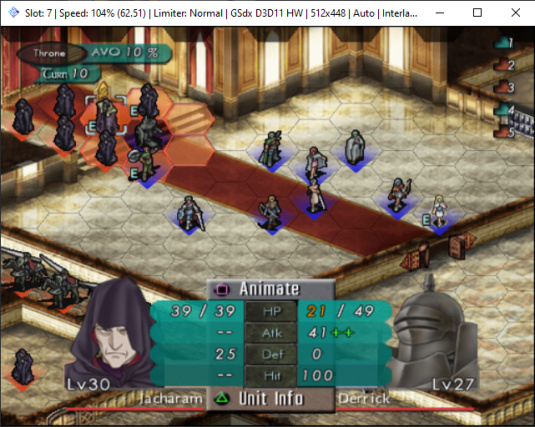 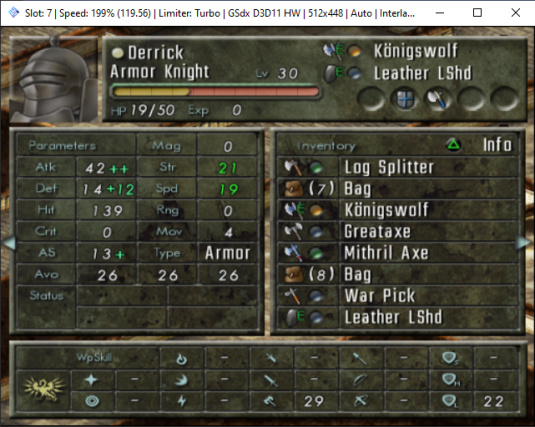 I think the randomizer is kinda fun (Derrick has Deathmatch, by the way).

Oh, also, I checked the box for 4 move Marcel but he still had 3 move.

It seems Derrick becomes Black Knight in that playthrough of yours