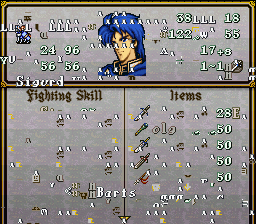 How to break your rom in one easy step: …I have no idea, I was just cleaning up some text files and this happened.

Copier headers, like many other SNES issues, are to blame. 512 bytes of uselessness trip you up annoyingly often, especially when one text file requires you to turn off the header size command because the pointers used are based on the base of the pointer table instead of the base of the bank, therefore causing severe underflow and thereby pointing to something else entirely. Why did I write up a thing about me breaking my rom? Because headers are annoying, and I needed to let it out in the glitches thread in case anyone understood my babble. The end.

Inside of the glitchyness, I think I see a few words Sigurd…olg…and Barts, everything else is lost 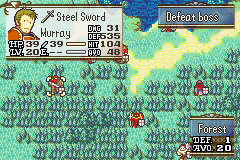 When you don’t expect signed numbers

is that an EXP bar as well?

Yep! For non-buggy screenshots and info about what can go on the box, check out this.

When you don’t expect signed numbers

NO ONE expects the signed-ish inquisition!

man tirado hired a good man as his confident 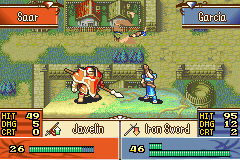 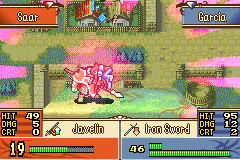 Thanks but it’s not mine, it’s in Klokinator’s repository

Just imagine the TAS of that.

The minis made me chuckle, nice. 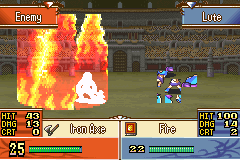 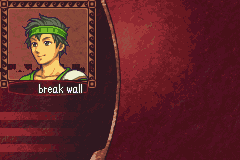 when you switch a draw_icon call to a draw_textID call

If that’s a female fighter, then she’s breaking glass ceilings and walls.