Hello again. The following game is my entry for Ghast’s Make A Fun Chapter contest this year. This is a one-chapter game in which you control a team of characters competing against another team on a questionable gladiatorial combat game show that I host. The prize: for each person on the winning team, one wish granted by me. (Don’t ask how I’m able to do so, you’re probably better off not thinking about it too hard.)

The primary draw of this game is its heavy use of self-randomization. There are 20 playable characters in the game; each of them receives a random class, inventory, personal Skill, and weapon type specialties, and you receive 10 of these characters at random to use while the computer gets the rest. The environment types (swamp, desert, fort) each round takes place in are also randomized. My goal here was to make an amusing player experience while also cramming as much replayability as I could into a single chapter. No two playthroughs of this game are exactly the same, and it is designed for ironman play in a single sitting as the player must make the best use they can out of the resources they’ve been given.

Some other notable features include: 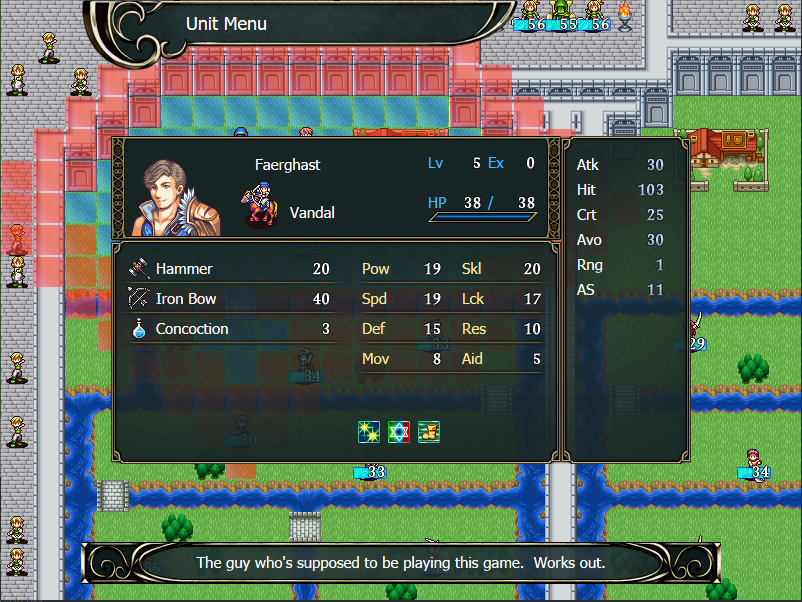 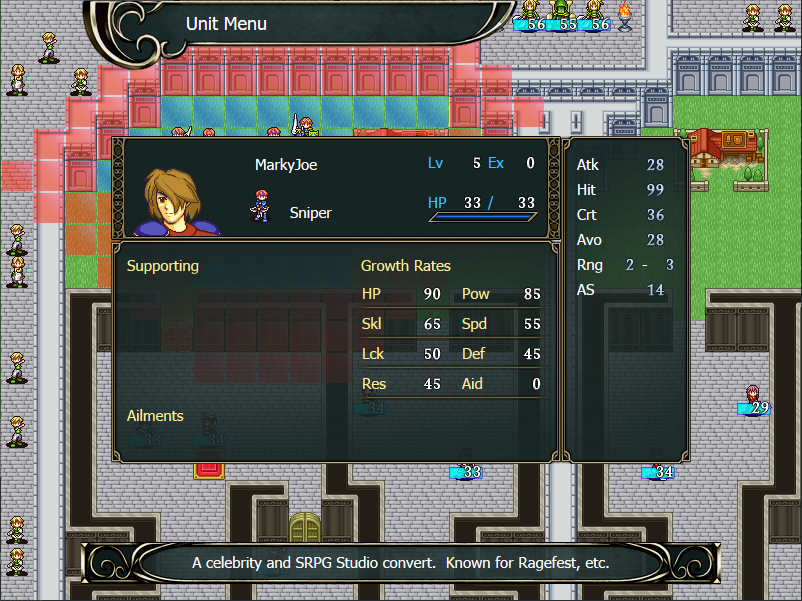 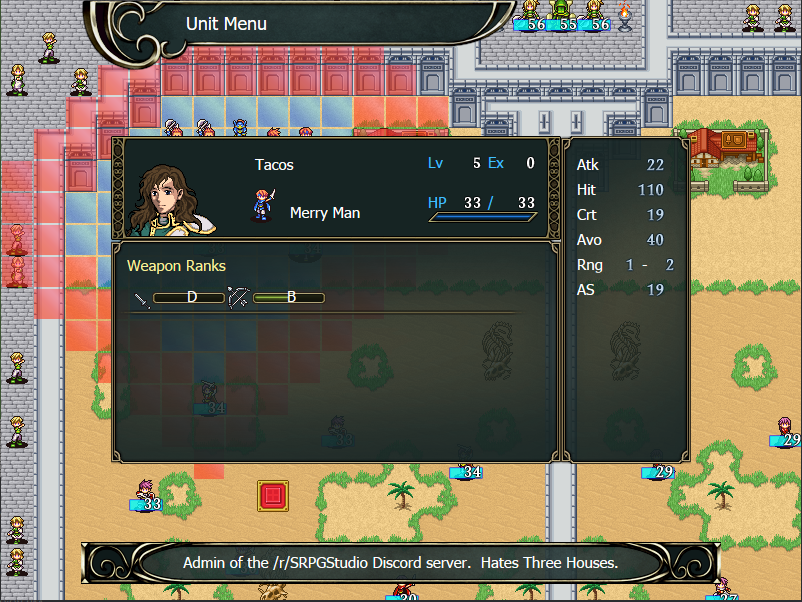 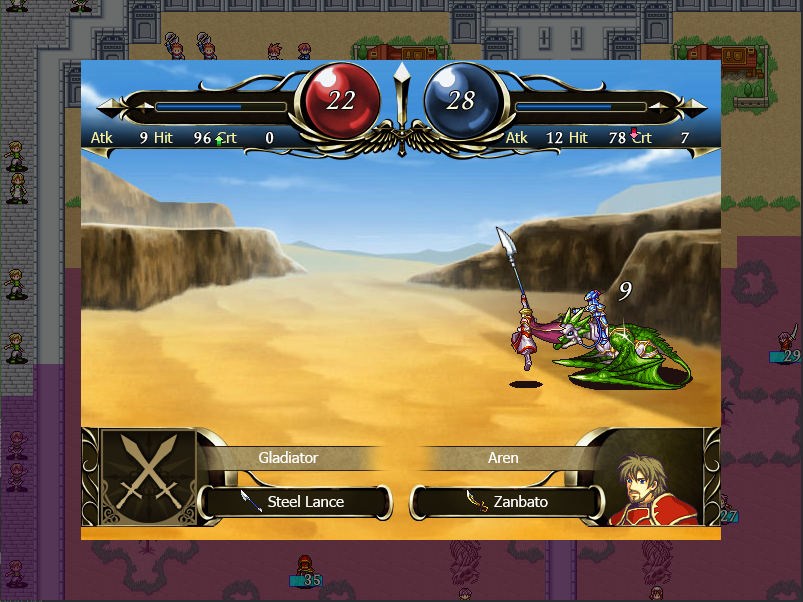 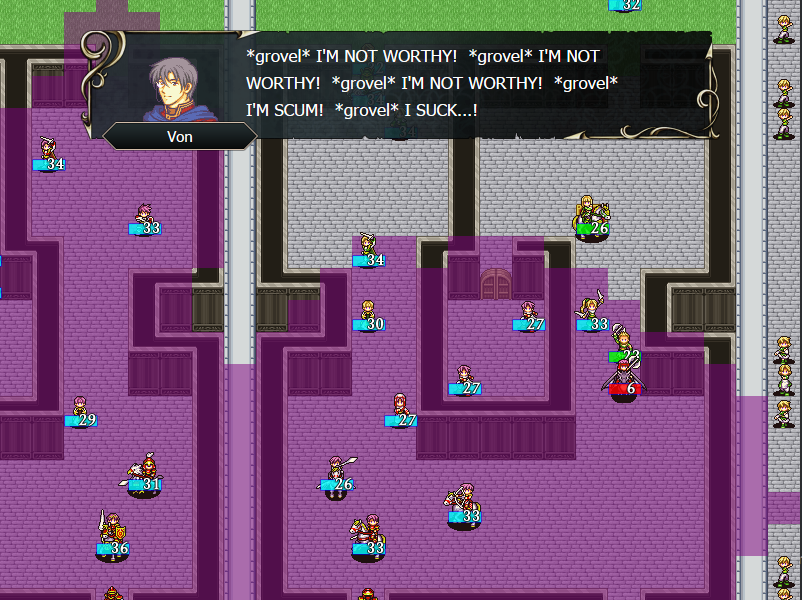