Witch route path split would you take in FE6? (spolier's for FE6 ahead)

I was wondering, Witch route combination would YOU take?

I would choose 10A and llia Route!

Isles A and Ilia are pretty distinctly the most popular choices. You get 11A, one of the best maps in the series, and Echidna, who’s a unique (at least in FEGBA) and cool unit as a female axe-focused hero. Meanwhile, Ilia lets you avoid the utter suffering that is Sacae. (Seriously, a giant ring of ambush spawn nomads with 5% crit short bows? Whoever thought that was a good idea should be fired.)

Yeah, the reason I choose llia of sacae is the music that play’s there!

Seriously! It has the cold mountain feel, why is it playing there!?

It need’s that SNOW effect to go along with it.

And in my opinion, Juno is better the dayan.

And i prefer lower level then lower weapon rank. (Gonzalez has a weapon rank of D and level 11 on isles B but weapon level of C and level 5)

And I hate! Chapter 20 (The silver Wolf) my cath keep’s getting killed by those stupid 64% acurate bolting’s!!

And that’s when I knew cath was not worth my time!

here’s my reason to choose ilia over sacae 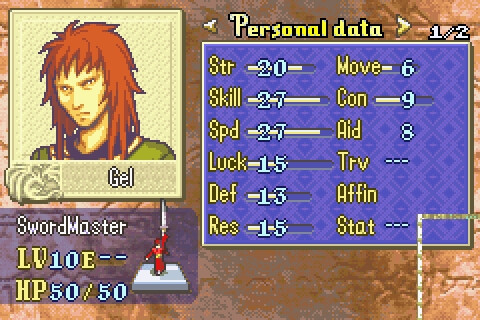 here’s my reason to choose A over B 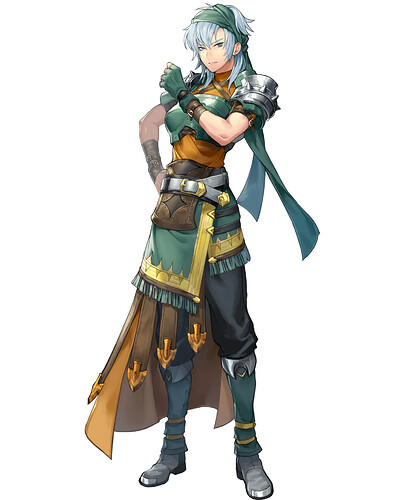 Really? When I fought Gel, he’s not as hard as everyone say’s.

Granted I had all three Ostia knight’s with me(two where promoted)
And a spare killer lance, so…

And, yeah bartre is worse then the lady of the isles as i call her!

kel can average 80+ avoid taking into account the gate and the fact that the light brand doesn’t weigh him down, he also has at least 30 base crit because of being an fe6 swordmaster, unless you have a really strong 1-2 option (you probably won’t) you’ll be in danger of being crit.

The reason why most people don’t really use triangle attack strats is the fact that generals are five move, three deployment slots taken, and all but barthe start out with miserable bases. Although I will admit it is a funny thought that the worst units in the game can wipe the floor with one of the hardest bosses if they’re trained.

Indeed my friend, they may be abysmal at base.

But build’em up, and they can take on the toughest of foes! together!! we ride!! triangle attack!!!

It really matter the most, for an Ironman Illia is your friend, for Casuals Sacae for the win.

The light brand cannot crit at 2 range. Also you cannot triangle attack Kel with the armors due to the terrain around him.

unless you have a really strong 1-2 option (you probably won’t) you’ll be in danger of being crit.

The knight that attacked got support bonus’s 'cause it’s pretty easy to get there support’s up!

Eh, both is fine.

I went B-Ilia due to me having an obsession for using everyone present in FE7 (that are combat units).

I’ve only played FE6 twice, and I’ve never been to Illia. Shanna got benched in both playthroughs because of her appallingly low strength. I distinctly remember in my first playthrough, I trained her to level 18 without a single gain in strength. And I’ve never recruited Thea before she got herself killed. Meanwhile, FE6 is very stingy with promotion items outside of getting a bunch from the Chapter 16 secret shop, but I can remember having fairly easy access to two Orion’s Bolts to use on Sue and Shin.

I’ve done both versions of the isles and don’t remember enough about either to have an opinion on them, though I remember that Elphin starts with a bunch of useful items and Larum doesn’t. And the time I was on the route with Echidna, I remember her spawning and dying to the enemies around her before the game went into Player Phase and allowing me to even check her stats, though I didn’t think I was missing much after seeing her “performance.”

I generally prefer 10A and Ilia route over the others, mostly because the other routes just aren’t as fun to play.

Also, fun fact! The 10B and Sacae routes were likely added later in development, at least based on what I can see in FEBuilder. The order of the maps places these two routes immediately after the battle with Idunn, likely making 10A and Ilia the planned/default routes in the game. After that are the Gaiden Chapters in chronological order, which may explain why these chapters have some… questionable decisions in terms of gameplay.

Hmm, maybe I should make an entire post with other oddities and theories I have about FE6…

I actually prefer Sacae over Ilia because Sacae has more open map design whereas Ilia feels like a glorified hallway. No, I’m not biased because Sin is my favorite unit to use in FE6, I swear.

level 18 without a single gain in strength

RNG can be very cruel sometimes.

FE6 really isn’t kind to players who likes to recruit everyone…
And that’s why I hate the Echidna chapter.

Just go B route so you don’t have to deal with recruiting Echidna. And you get Bartre, who is obviously the best character in the entire SRPG genre, FACT.