I recently finished playing FE9 for my 18th time(yes my 18th time). At this point I’ve gotten most support conversations and have used all the characters at least once. So I decide to make a tier list for my favorite game in the series. For the characters I used the least, I looked at what other people have said online. I hope that we can discuss our processes on how we tiered certain characters. 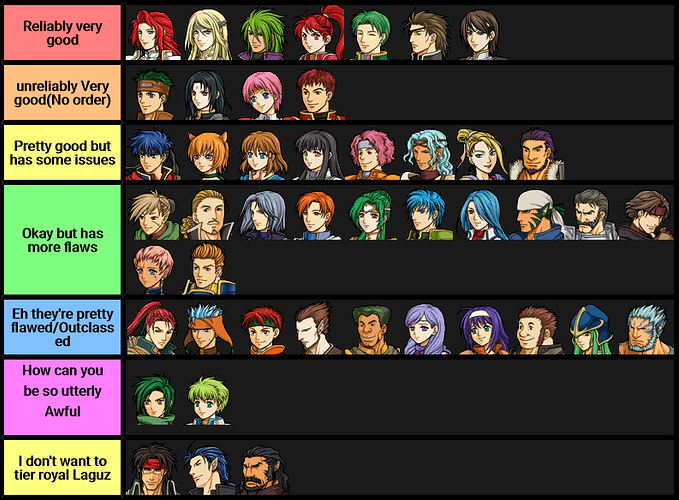 I believe that it was suggested somewhere to start a new thread rather than bumping a pretty old one except when it’s documentation/resources etc. that should be kept all in one thread.

Did someone say Tier lists?

Phew for a second I was like “Raphiel in B tier!? But he can dance 4 people at once.”

Guess Ill send an FE9 tier list of my own. Tiers are ordered. Had no idea how to tier units like Muarim and the Hawks so take their placement with a grain of salt. Also I’m iffy on Mordecai’s placement and Soren should be higher up in B tier maybe probably. 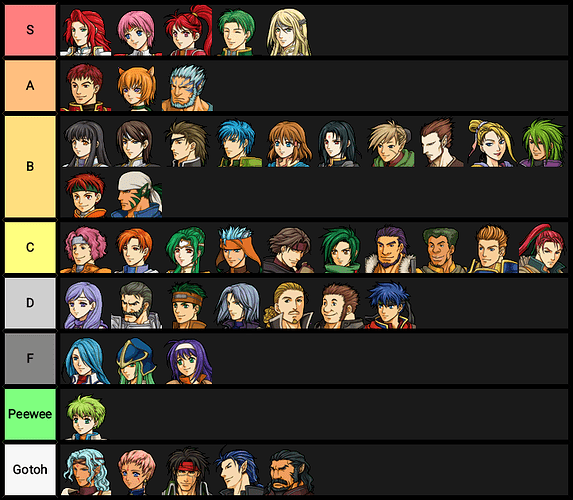 Not sure if this is relevant, but has anyone had tier lists or tier list makers created for their own hacks? I had made this one myself for my own game using a tier list maker made by my acquaintance Airtempest:

I like that idea! The creator of the hack can give insight into the characters and explain why a character is good and why another may be bad. It is also nice for making up the balance of the cast, if the creator forgot about it. 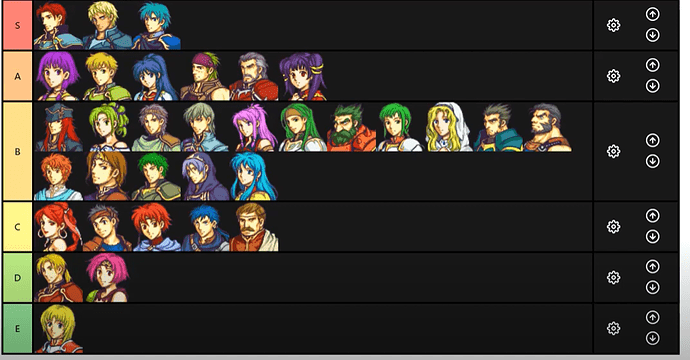 I can’t give you any feedback because it was supposed to be a joke.

Guess Ill send an FE9 tier list of my own.

Anyways to not detract (anymore) from the topic, here’s a VQ tier list since its the ‘FE’ I’ve had the most familiarity with.
An interesting consideration is how each tier is valued, because I know there isn’t a consistent opinion among players. My personal consideration goes something like this:
S tier: Almost always valuable and an optimal unit for any playthrough
A tier: Is an good pick for any playthough
B tier: Is a solid pick, but suffers from slight issues such as availability or coinflip growths
C tier: A mediocre unit, performs decently, but is outclassed
D tier: A sub-optimal unit, typically would not be used
E tier: Generally a meme unit that won’t be seeing action unless exceptional favoritism is granted
F tier: An active hindrance to the game 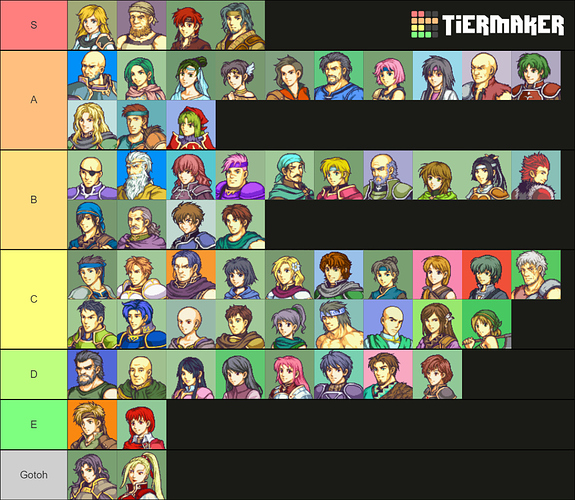 I tiered Four Kings despite having no idea how to really tier this game. Everybody’s so different but you’re also going to be using everybody regardless so it’s really hard to tier people. At least the list looks nice.

For my hack (Pokemblem), these are the early game mons and how good/useful I think they are atm. 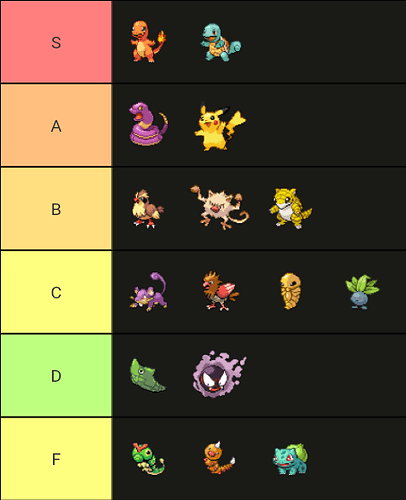 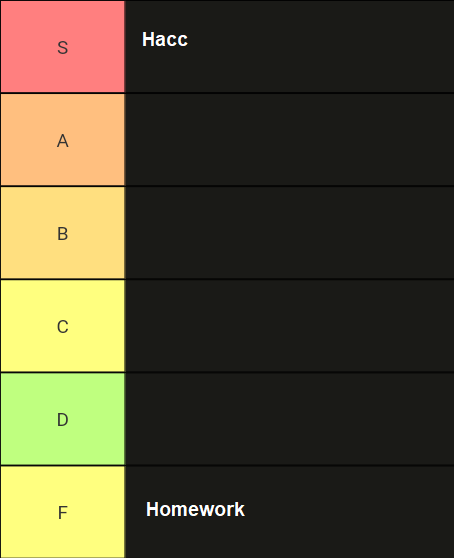 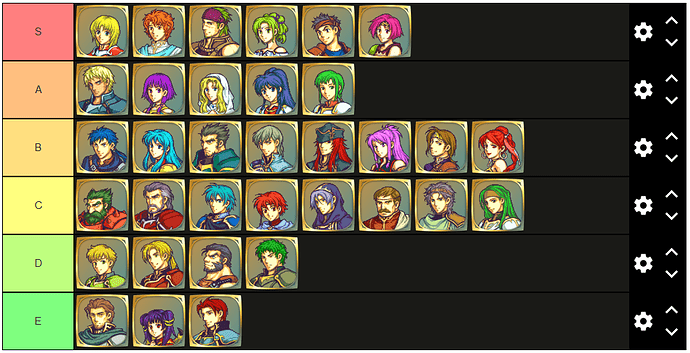 Based on how much I enjoy the characters and less so on their combat viability (although it’s definitely a reflection on which characters I end up using the most. Characters are just sorted alphabetically in their tiers so there’s no order there.

Lords tier list epically based entirely on how much I like them for whatever reason, tiers are ordered 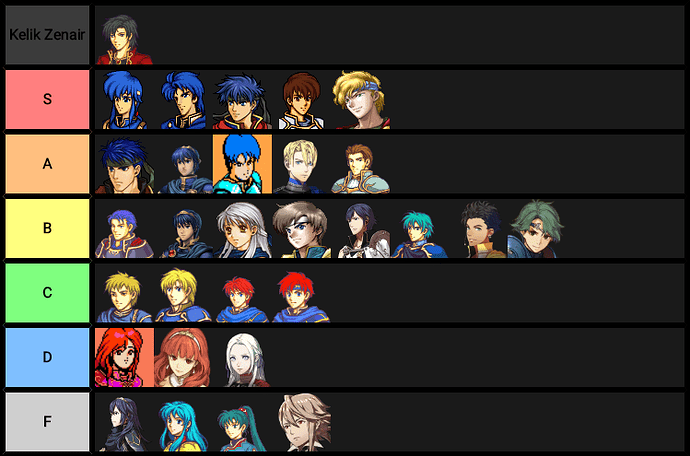