As the first and maybe only bigger DLC for Three Houses is at our doorsteps, I thought it maybe would be interesting to hear what your thoughts on it are and if people are looking forward to it.

Why do I ask?
I personally am super bored of Three Houses at the moment. Don’t get me wrong: When it got released, I played it for like 400 hours right away. I like the game.
But by now there are especially those things that bother me:

The DLC:
In my opinion it looks weird so far. Students that live in the fugging canalisation? Another house that is super secret? But with only 4 new students?

Those reasons together with my Three Houses burnout make me kind of uninterested in the new content.

Are you still interested in Three Houses?
Are you looking forward to the new DLC?
Your thoughts on difficulty and the class system?
Other things that bother you?

Well, first of all, it’s completely normal that you got bored by Three houses after playing it for 400+ hours, it happens with basically any game.

I disagree on the difficulty part: I also think that Maddenning is way too tedious and hard is very easy, but even with a difficulty in between nothing would’ve probably changed.
Fire Emblem is a strategy game, and like all strategy games, it becomes very easy once you complete it once.

I agree on the classes part: I liked it at first, but I wish everyone had set path which you could choose from (that’s what they are doing in the DLC, so I kinda like that)

For the monastery part, I think it depends on what game you play. I like playing Persona games, so I enjoy the monastery a lot. It could’ve been done way better though, that’s for sure.

As for the DLC:
I like that units have already chosen paths, it looks like a really fun way to play the game.

But the rest? I totally agree with you.
4 new totally random students that “were here all along”.
Outfits are incredibly dumb.
No one cares about Anna, it has been like that since awakening, but for some reason she keeps coming back.
And a sauna? REALLY?

That’s it.
Sorry for any eventual grammar error

I care about Anna.

To expand further on my thoughts of Three Houses without just saying “Anna good”, I suppose I should go more in depth.

I got burned out really quickly because I feel super encouraged to get all the lost items (I like exploration and unit optimization) and the paralogue maps are oftentimes repeats of each other thus harming fun. I am still halfway through Blue Lions and already feel burnt out.

Same with the items.

Also feel free to do so with Anna. I would like to know why people like her.

Weeeell. I guess that is enough to make her interesting and likeable for some people.

I’ve personally haven’t gotten to burnt out with three houses. I’ve only beaten 2 of the 4 routes but that is because i don’t get a lot of time to play it. I felt like hard mode was a good difficulty but normal mode was just mind numbingly easy. I just send dimitri or hilda into the battle field and all the enemies disappeared.

I haven’t tried maddening mode and i refuse to play it. It is designed to give headaches instead of a good challenge.

I liked anna in awakening but now she is getting stale after being dlc in three consecutive games. I do like the new portrait based on the trickster class.

I just hope in the future they keep the class system but greatly improve it. It is one of the most unique system I’ve seen but have so many fatal flaws, mainly gender locked classes.

Three Houses is… 8/10 so far for me, I’m watching the Blue Lions path, and haven’t seen the Church or Black Eagles paths yet.

But I believe the three house’s lords are in the path too, I think that’s really something to look forward to, even if the Ashen Wolves’ plot is poor, just play on the easiest mode if a player become burntout, the three houses’ lords are what makes me interested in the path.

Every linear, story based game is going to be boring after 400+ hours. I’m not too sure I understand the post. DLC would be the only way to experience anything new at this point, no?

Personally I went cold turkey on the game before the first wave of DLC came out. So for me it’s going to be exciting seeing how each route plays out with additional stuff like Jeritza, Cindered Shadows etc. can’t say I’m burned out as a result.

This may be a weird opinion, but I do agree with the difficulty thing. I do wish there was a halfway point between Hard and Maddening because the gap is just too huge, it’s either too easy or crazy stupid.

It reminds me of when I played Awakening. Hard was a pushover but Lunatic was a hellscape. The only reason I did it was so 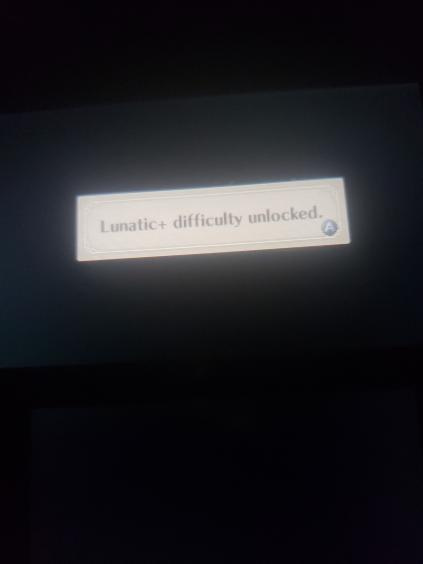 I don’t know why I decided to unlock a mode I’ll never go for either.

I don’t think it’s weird. It is just as you say: Too easy or crazy stupid/taxing or whatever you wanna call it and neither of those are too enjoyable.

Feels like Intelligent System struggles a bit with mapdesign and balancing/difficulty. Let’s hope they improve on that.

Well even with the DLC I still have problems with the unenjoyable difficulties for example. And as I said: The DLCs looked lackluster and weird.

Another house that is super secret? But with only 4 new students?

I’ve found that playing Maddening using a double XP cheat during the early game (say, from the prologue through chapter 5) cuts down on a lot of the tedium and makes it a more refreshing difficulty mode. Only problem is that some genius decided ambush reinforcements should not only be implemented but also have Pass, which is concentrated, radioactive anti-fun.

On this page, you can find a few mods for 3H (though they require a hacked Switch), include a gender-unlocker for classes and a small mod by myself that removes the Pass skill from all enemy thieves in Maddening mode. All of these changes help quite a bit, I’ve found.