Here’s a hack that allows you to split your convoy into partitions, as well as combine items when adding them to the convoy. Download here.

Please read the README very carefully. This hack allows you to expand the convoy, but does NOT save it. It should work with EMS (expanded modular save), but I don’t know if it works with other things like aera’s BreakSave patch.

You remember the fancy animation that Matthew uses in FE7 Ch11 Hector Mode? Did you ever want it in FE8? Well, today’s your lucky day! Download here.

It has the thief and assassin animation, as well as a rogue made by Eliwan, and even has the animations in reverse, if that’s more your thing. 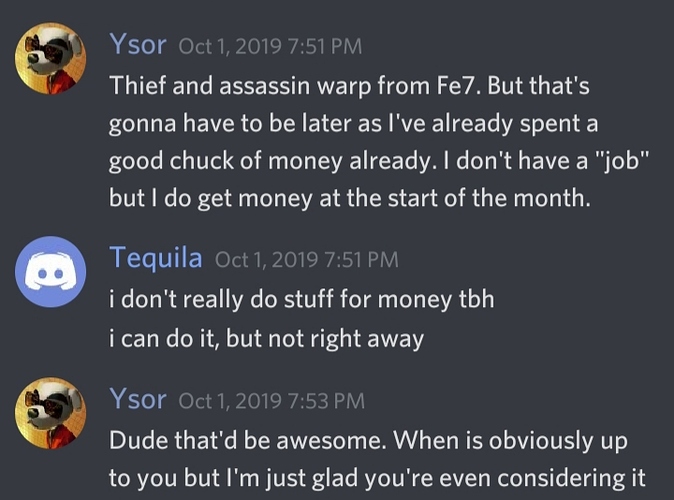 Found it! Tbh I forgot I even asked that so I doubt you remember but hey this is awesome. Great stuff as usual Teq! Can’t wait to see what’s next.

I did actually remember (I had a note on who requested it when I went through my backlog) but it was only because I already ported it to FE6 that I thought “huh, it’s probably not much more work to add it to 8, too”.

@Tequila I am playing chapter 17 in HHM, and for watever reason at the end of enemy phase, when one of the thiefs opens the door that leads to the chests, the game soft resets automatically. And when I try to resume the file, I am stuck. The enemy phase music still plays, but the player phase never starts and I can’t literally do anything in the file. I reseted the whole chapter again, and the result was the same when the thief opened the same door. I am playing it with 0% growths if for whatever reason it is relevant.

Edit: Same map, got quicker so that the last action would be the second thief stealing a lockpick from Marcus. Next turn I had Marcus choke the door so that the thiefs would not escape, so they stole a potion from him, and the game froze again. And if I tried to reload the file, the game would inmediatly soft-reset.

Edit2: After removing the QoL patch to be able to move on from chapter 17 HHM, reached chaoter 19. At the end of enemy phase turn 1, it never ended. Enemy phase music kept playing but player phase never started. I assume that whatever weird bug has it has something to do with the thiefs, sice they are usually the last ones to move in enemy phase.

Well, it’s been a long time coming (about 1.5 years), but here’s the FE8 text engine rework.

I do apologize for the delay; I’d planned to add some more features, but I’ve been rather unmotivated. So after being asked for it again, I decided to finally release the engine as-is.

There’s quite a bit of stuff, so be sure to read the README, although it shouldn’t affect your existing text.

bless your heart, your soul, and your hack

This is so fuckin cool. The font options and dialogue box colors alone are worth their weight in gold!

I glanced through the readme, and was just wondering since I didn’t see it… what about reversing a portrait’s facing direction? Like if you want someone to appear on the right side of the screen while also facing right, you currently have to spawn them on the left, facing right, and then move them right. A direction-swap command like FEXNA has would be great there. Is that in this rework too?

Even if it’s not… just wow. This is so badass. Amazing as always, Teq.

about Font, I thought it would be better to aim for coexistence with narrow font. 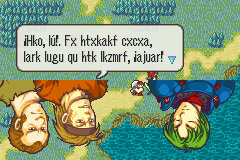 Not sure if I did something wrong or april fools

April fools! I updated the link; encrypted text and Australian portraits have been consigned to the annals of history.

Eh man, personally I don’t find that as funny as some people might but at least you released the real version the day after so I can’t complain. Looks sick, thanks.

Thanks to Zig on the discord, I found and fixed a problem with the mov getters in the FE7-QoL patch that caused the game to crash when enemy thieves attempted to move. You can either redownload the patch, or comment out lines 90-92 in FE7-Mov and Con Getters/Mov Getter/Mov Getter EA.txt, like thus:

Fixed an issue with FE7-QoL stuff where HP bars would crash the game if you had HP-boosting items (like Vaida’s uber spear).

I’m getting this issue with the bottom-right corner of a one-line textbubble in a battle-quote. Can you replicate this on your end? 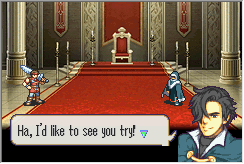 He’s saying he’d like to see Teq try. So meta.

Yeah, that’s an issue I don’t feel like fixing. It would require a new tile for the speech bubble graphics. Don’t use 1- or 3- line boxes for battle quotes.

Issue fixed with the FE8 Battle Animations by Character hack where the new function wasn’t called on the promotion selection and promotion animation screens. Thanks to @Devisian_Nights for finding it.

EDIT: And another update: If a unit has entries in the table for certain classes but isn’t in one of those classes, it will use the default class entries rather than not showing animations at all.

I think I found a bug in Text engine rework.

Because Text engine rework changes the value in r5 to 3 at 0x6848, tiles that were used for the lower UI on the promotion branch screen were cleared (I think they were misinterpreted as allocated text?) 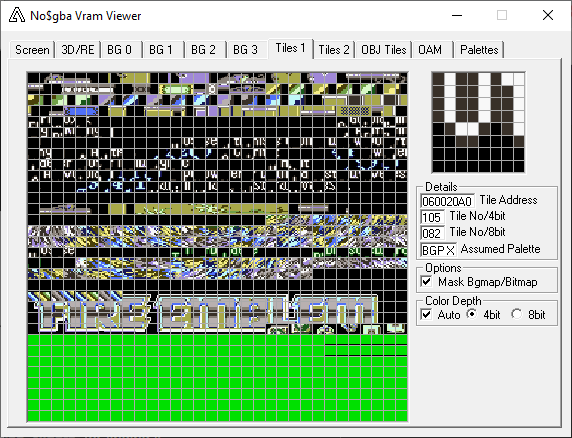 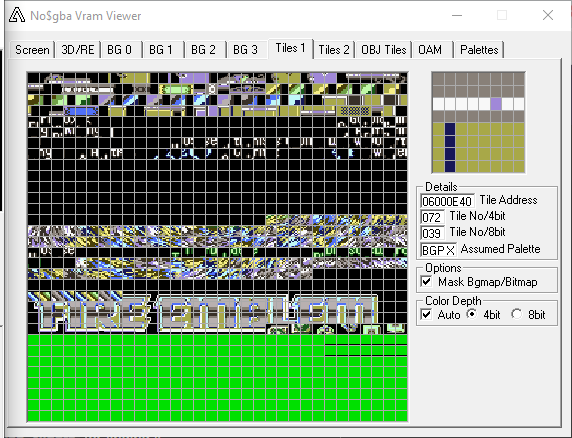 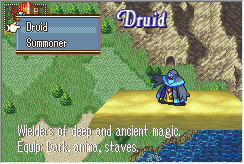 Fixed. Added the following to the main EA file:

That should move the box graphics a bit further down.

I also edited DialogueInterpret.asm to not advance the text buffer when reaching the string terminator (0) so as to prevent text from sometimes not terminating. I hope. I didn’t actually test that.