Hey I’m wondering how to activate the support reader earlier than chapter 22/23x or 24. I assumed it was a trigger so I set the id of a chapter prior to first prep screen to it but no dice. To make sure I turned on the prep screen on the chapter I used it for and lo and behold it was there. 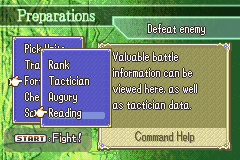 So does anyone have any clues as to what sets it or where the table I think it uses is?

Well shit I can’t believe I missed that.
Thanks a bunch.

Believe me, it’s not obvious in the slightest. It didn’t take long to debug, but it’s not an assumption I would have made. Don’t feel bad.