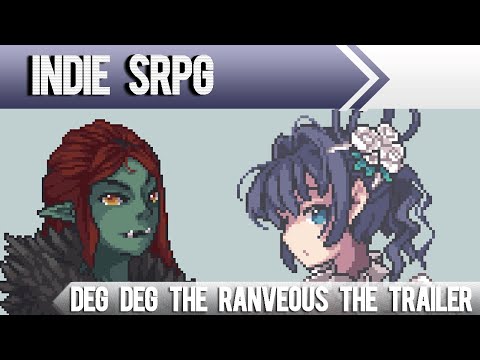 This is the official thread for the completely free release of my stand-alone complete game Deg-Deg the Ravenous! Deg-Deg the Ravenous was made in three months including playtesting as a proof of concept for a large game concept I had. In it’s own right it’s a fully fledged game, and features a total overhaul of the base SRPG Studio Engine to try and close the gap between the relatively lacking base SRPG Studio, and FE Hacks.

Feel free to play on any difficulty level! The game was designed around all of them, and permadeath is completely optional.

So, what is the story of Deg-Deg? Deg-Deg is a story about goblins. Along the way you’ll gather crazy different kinds of party members from animals to mythical monsters, and see the world from the perspective of a rag-tag and brash group of goblins just looking to retrieve the crown known as the golden croc.

If a new version comes out we’ll indicate if it’s okay to patch or needs to be standalone.

Join our Discord to Give Feedback: Deg-Deg Discord

(This version is okay to patch over, and will not break saves.) 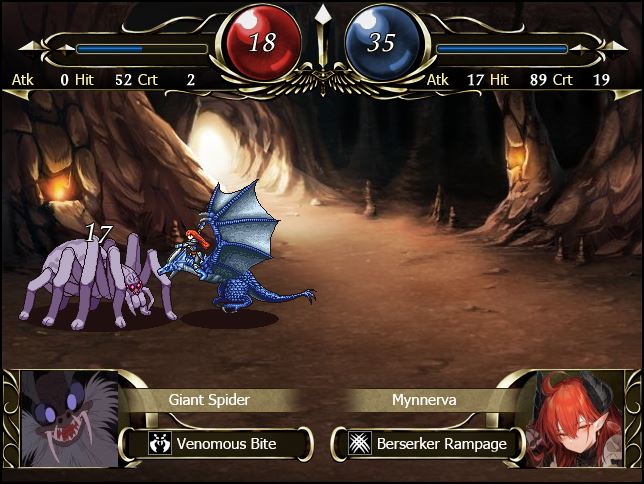 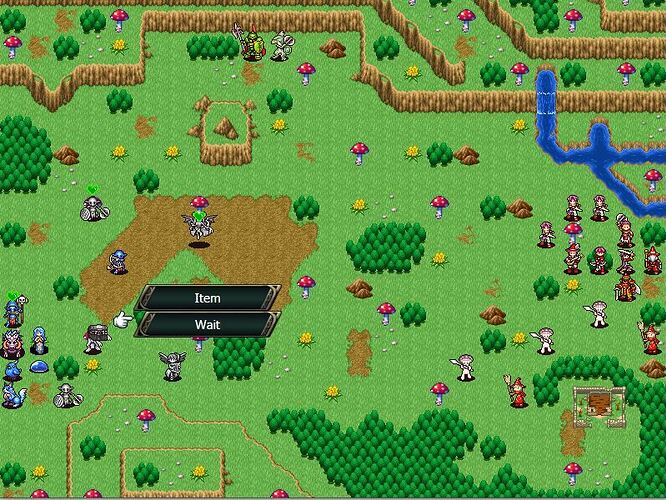 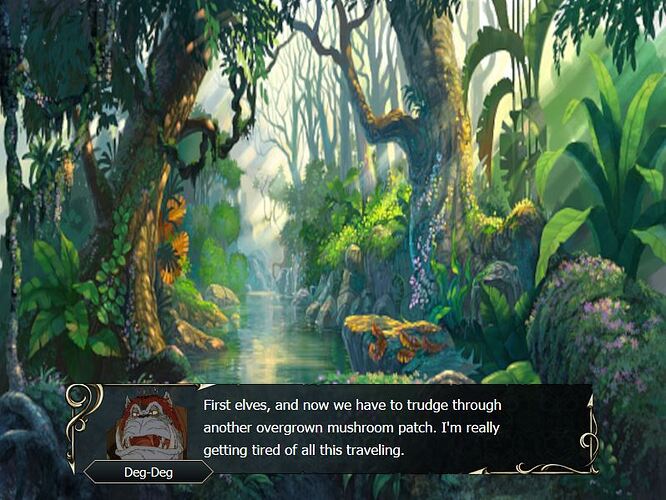 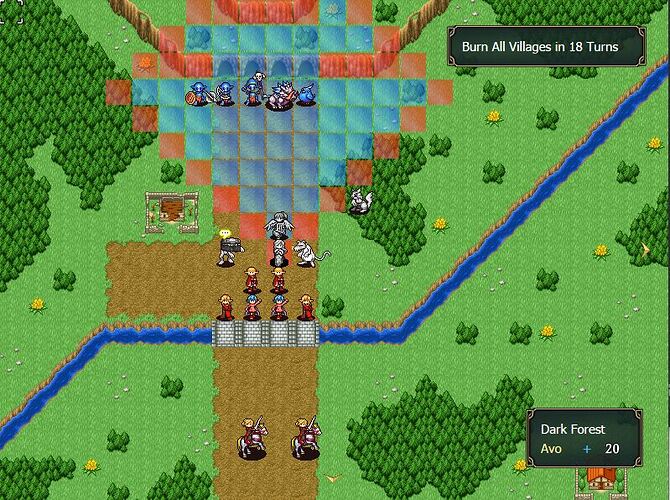 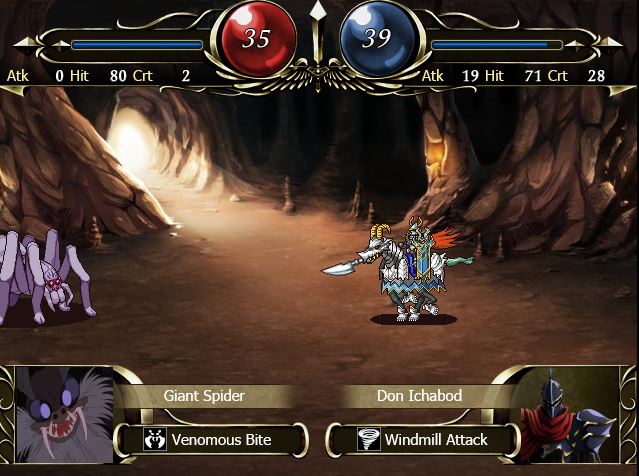 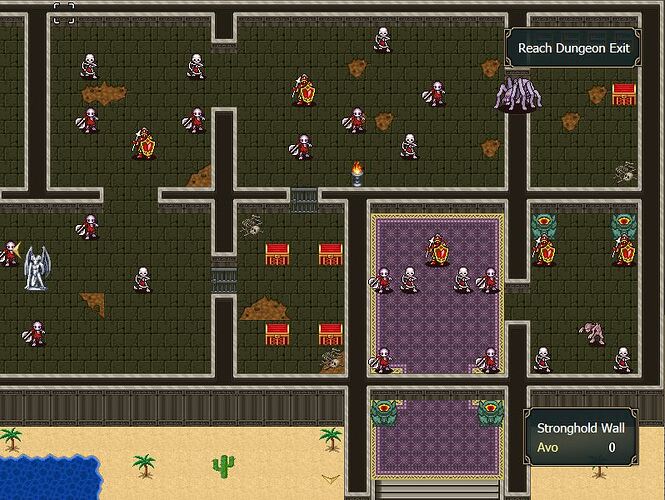 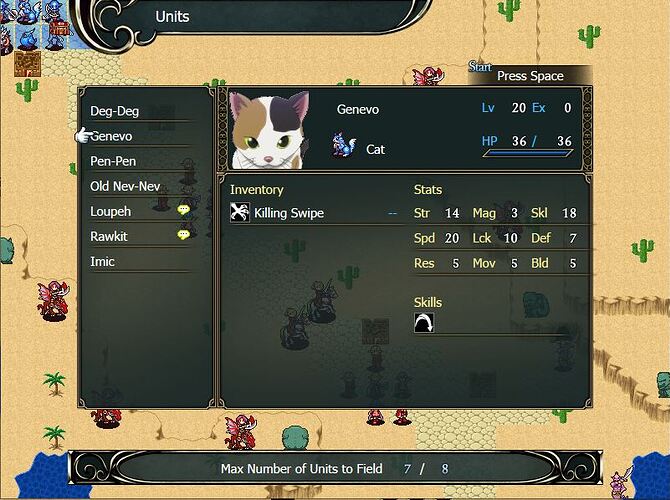 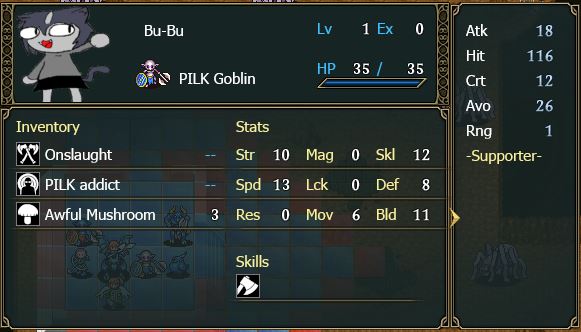 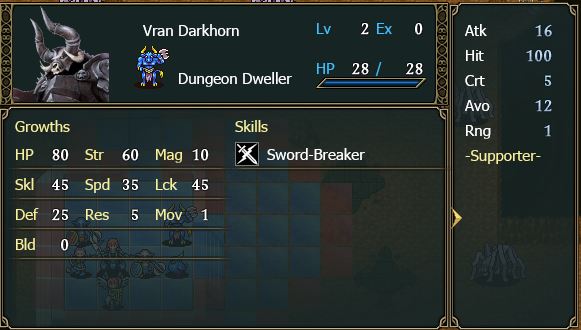 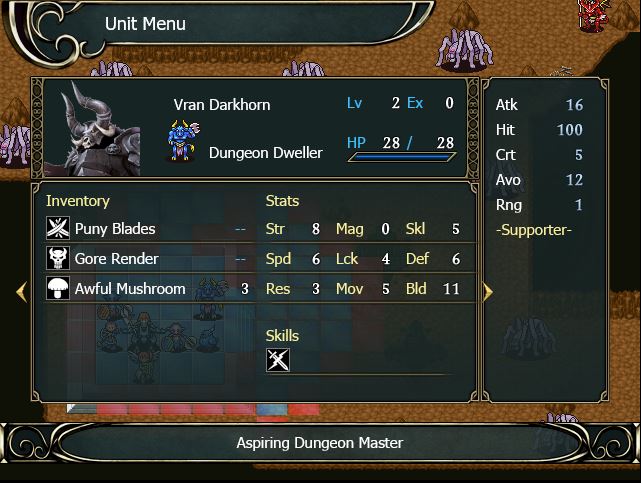 In my very biased opinion this is a fairly compent FE-like game. Very refreshing to see a fresh story instead of the mod just trying to the the thracia to some other fire emblem game’s genealogy. Also goblin representation is big good.

Looks awesome! Is there any way to play fullscreen and with a physical controller?

Plug-in play works for some controllers, but some controllers we’re not tested. Also, I had to drastically change the UI away from base SRPG studio to make it closer to how FE Hacks/Later FE are so tabbing between unit tabs with a controller isn’t as functional as it is with a keyboard.

However, full screen unfortunately doesn’t quite work without modifying the ini. More of an engine limitation unfortunately. Glad you think it looks nice though. ^^

Congrats on the release of your project Pan!

Thanks RomHackist. Happy to be able to give people something to play.

This srpg has a better soundtrack given this is a free game in comparison to other games that are out there. My favorite character is the chicken

We should be having an update out that fixes some bugs and adds a few new content pieces on Tuesday.

So, without me giving any spoilers, for the one character you can recruit in chapter 16, do you need to have all 3 characters alive to recruit them, or just one of them?

All 3 have to be alive by then tyler. Hope that helps.

The only thing this needs is more happy goblin statues (or jade cyclops statues if you wanna be boring about it) and memes. Maybe some balance updates, but only if it’s what kaga intended.

Panfuricus will try to update it once a month. Same FE forum, same deg deg channel

Should be compiling a list of changes, and overhauls to some stuff for an end of the month patch. If anyone has any suggestions feel free.

This is secretly a meme game. No, but really it looks and plays super good. I would suggest it for sure for anyone who likes Fire Emblem and similar style SRPGs. I am maybe a bit biased cause I know Pan and have for a while.

Anyway new should for sure check it out!

Pushed out version 1.1B it’s mostly just some new innates for the 3 newer characters from 1.1 to make them a little bit more on par with older more developed characters. Fixed a music error in one of the events too. I haven’t found too many errors or bugs since that point.

As always feel free to report any feedback here or on the discord!