Both are valid, but someone mentioned it in my discord and I’m curious. Romhack or Hackrom? Votes will be public.

The most important poll of our time. 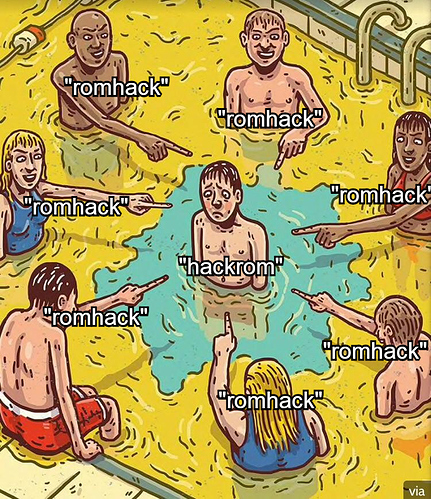 this but the other way around

A romhack means you hacked a fire emblem rom and now you’re giving out the hack (patch) part of it.

My hot take. Also how English works so.

EDIT: Romhack would be akin to Game Mod and Hackrom would be similar to Modded Game or Fangame 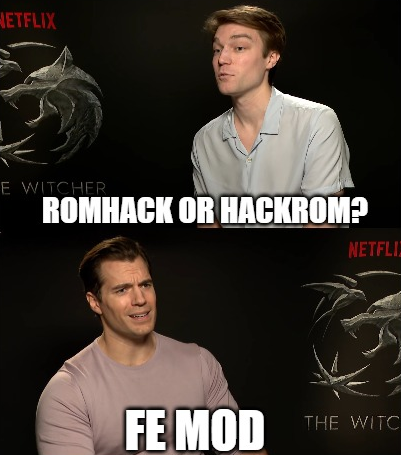 First thing I thought when I saw the post XD

Rom hack in English, ハクロム in Japanese. It’s fascinating how the latter (along with some other Japanese terminology like chip set) is now being used in English because of FEBuilder.

Also how English works so.

Somehow, I doubt anyone on either side of the pond has ever codified a specific English rule for talking about patches that modify video games…

how do i delete someone else’s thread

Lol I mean adjectives come before the thing they edit.

So I’m the first case a we have a Hack pertaining to Roms, in the latter we have a Rom which has been hacked 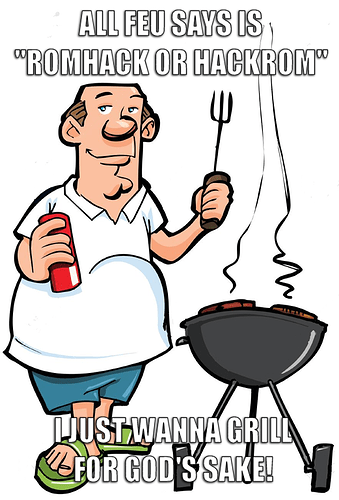 I still don’t see how they aren’t synonymous. If “rom” modifies “hack”, it’s a rom that is hacked, and if “hack” modifies “rom”, it’s a hack of the rom. You could argue it would be technically correct to say “hacked rom” instead, but hackrom is a loan of ハクロム in the first place, so English grammar wouldn’t even necessarily apply to it.

The hackrom is on indefinite hiatus and will soon be cancelled. Thank you for your concern.

You got the descriptions reversed, but the right concept.

You can see from your post that those are two different things right?

One is the hack which you then apply to a rom, the other a rom which hath been hacked.

But if Hackrom is just a translation from Japanese then this may all be a moot point.

I would like to know who’s asking “who is hackrom”