This is an event much like the highly successful Chapter Creation Blitz - you have 1 week from Monday 4 Sep until Monday 11 Sep to create and submit a map. At the end of the event, all maps will be released as a package, free for anyone to use in their projects.

Should be interesting, been trying to get that mapper role for a while, should be a good occasion.

Noice. Would have done chapter creation but I have no clue how to event.

What’s wrong with tiled, and what do you use?

Yeti’s map maker; but I don’t think it does tilechanges automatically (since it’s made more for fexna with some gba aspects added in like exporting in .mar format).
Personally I hate tiled, I don’t like the interface and I always preferred to use mappy. Yeti’s is a good combination of the good aspects of both, only lacking really the tile change possibility (technically you can add layers in mappy with your tile changes but no one ever does and they do not actually affect gameplay), which is a non-issue in fexna but an issue for gba (assuming you don’t use blazer’s method of manual tile changes).

Tl dr version: I don’t like tiled, I forgot most people are hacking fe8 so tiled is the only way how people do tilechanges now (I think)

why are people still using that

so… there’s no reason to use other things; because it’s a perfect enough tool?

“I hate [it]” is a good–no, great and flawless-- reason to not want to use something, but as far as doing its job the Tiled interface is really just as barebones as yeti’s is, just with more options (layers, properties) which are necessary things to define for maps to be inserted into the gba games anyway; thus lacking them means having to add them in some other way-- not necessarily a way that actually has you look at the map tiles that you want to have have map changes into, but I’m sure that others besides Tiled’s way of setting up those changes exist in some graphical editing format.

But, furthermore, it’s perfectly possible to coerce tiled’s windows to end up in similar format to mappy and yeti’s tool; it’s the case that a mappy array file is not actually ideal for tile changes and that’s why yeti actually added a .tmx export to femapcreator :U

And of course anything that has to do with a program that isn’t out yet isn’t really relevant for a conversation about making a thing, innit?

tl;dr I think that no system besides Tiled’s is competent for dealing with map changes and am highly interested in other systems that are capable, but think that writing manual map changes is stupid, FEXNA support when FEXNA out

Do we submit it on Monday, or before is fine?

Any time before is fine. Submit by posting in the thread when you’re done.

Done my maps. Here’s all of them in png form. Will probably dm the tmx files or summat idk. 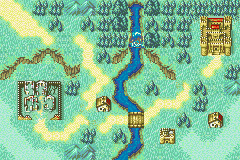 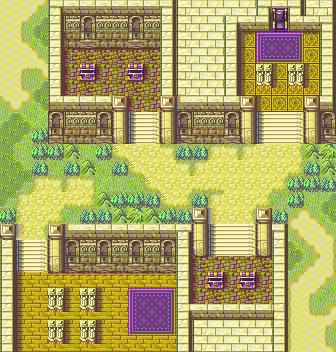 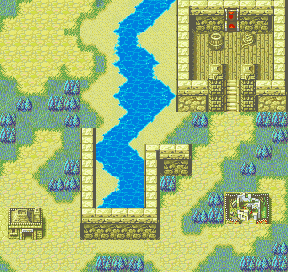 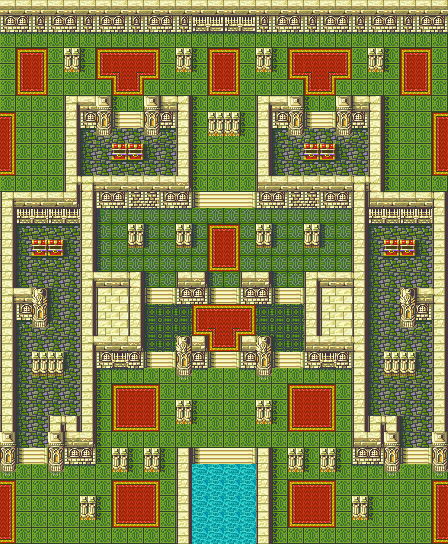 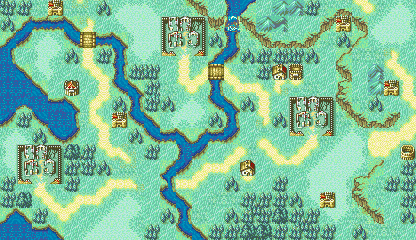 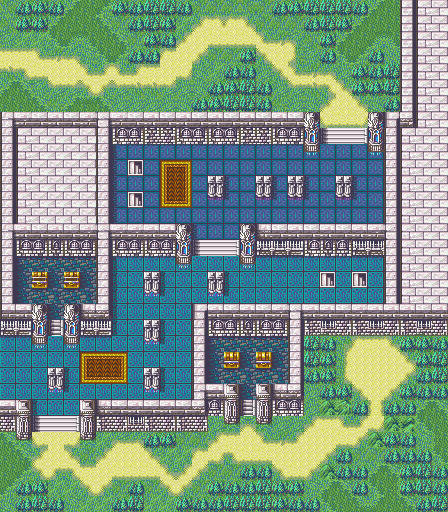 So, I haven’t made a map for a GBA project in a whileeeee. Needed to get out of a creative funk and had an idea, so this sounded like a fun way to do so.

Below will be the map image and a ZIP containing said image, the TMX, and the tileset with altered palette. The tileset’s palette should work in a ROM, but if there’s an issue, let me know and I’ll see what I can do - I was always more the graphics end of what I’ve worked on and less the implementation end. Ditto the previous in regards to the TMX - I followed the tutorial(s) so the tile change should work properly, but, again, implementation was never really my thing, so if it does break, give me a holler.

I started early, sue me. My days off were Friday and Saturday, so I figured I’d do this then when I was able.

The map is “called” ‘The Cistern’ - basically an underground water storage area below a castle in this case. Recently has been drained by someone be it a besieging foe or someone else, hence the bits of water left around on the floor (yes, they were intentional - if I could make my own tiles to make the loose water more appealing, I would have, but this is what you get). I wanted to keep the map open-ended enough that it wouldn’t be strictly tailored to one specific objective - assuming I met my goal, it should be usable for attacking or defending objectives. According to the post in the Glitches thread, the dimensions on the map should be safe (28 wide by 45 tall) - again, if it breaks, lemme know.

The tileset is a palette swap of FE8’s “1800191A” tileset using FE7’s “0A00DC0C” tileset’s palette as a base - it ends up with less colors than it started with (different palette banks sharing colors, I’m guessing?), but my graphics editor just flood fills unilaterally, so… The only tile change is the door in the top left corner. (You can use the default palette if you want, it’ll just look more green-ish and kinda bland, IMO.)

I know 45 tiles tall might be a lot, but picture it as a near-endgame map or something - when I was looking for which tileset to use and came across the Ch 14x (FE6)/Athos Shrine (FE7) tileset+palette combo, something about it just had me picturing a fully rounded out Marth and co. being the ones that had drained the water, entering from the south, to siege the castle from below - an odd inspiration, I guess, but inspiration nonetheless. (Plus, with all of the real estate taken up by the wall heights, in order to have functioning passageways of more than 1 tile across the board, it needed to be tall…)

You may also notice what you think is a height error with the two little “overlooks” at the north; they are intentionally that height so, theoretically, if a unit with a long-range weapon was there, there wouldn’t be a physical wall towering upwards in front of their face the entire way up to the ceiling.

EDIT - …Forgot to de-tilespam a section. sigh
Too late, will fix tomorrow after work.
EDIT 9/5/17 - Fixed and links updated.

Heyo, here’s my map.
Made this with the long held dream of recreating Thracia 776 in a GBA style. Who knows? Maybe one day I will 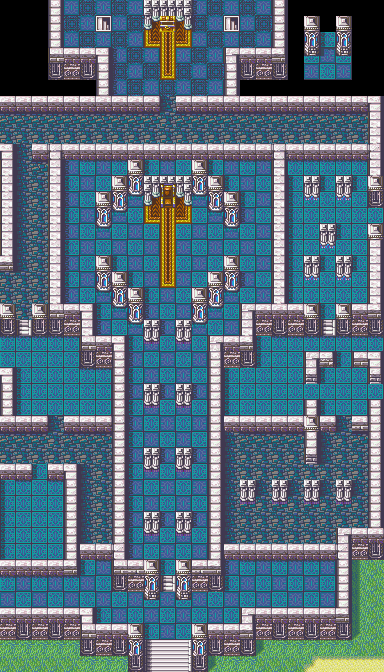 https://www.dropbox.com/s/05goi2dni5avh5e/mapstravaganza5001.zip
Imgur album (only uploaded 14 of the images for some reason)
Contains 17 maps, some of which come from projects that never saw the light of day and some others which are meme maps that I expressly encourage people to use in the next chapter creation blitz concepts designed to encourage people to think outside the box. And one Advance Wars map!

Here’s my submssion: Both are Fe8 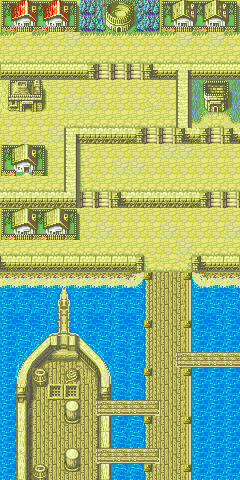 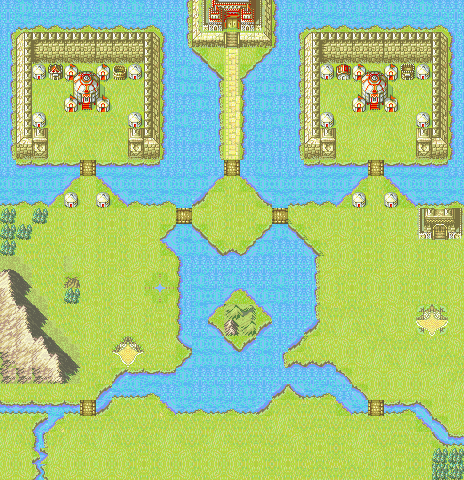 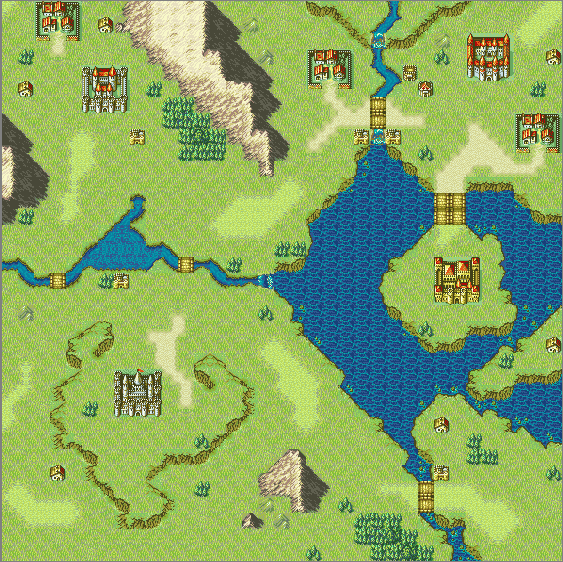 I’ve been wanting to do this idea with many castles for a while, but I’ve never really found an application for it.
It probably inserts fine, but it’s untested.

Here’s mine, I’m terrible at map making, so I doubt it will be used. Mine’s loosely based on the chapter that Volke joins you in Path of Radiance, it’s an escape chapter, starting from the top left and ending at the top right. 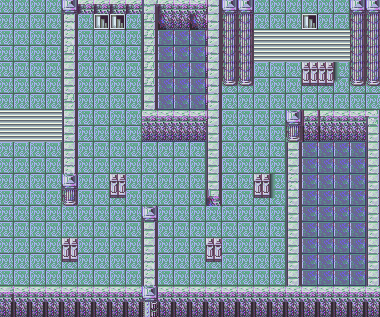 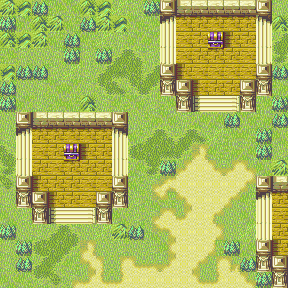 So I finally went and organized all of these correctly and fixed up the tileset paths/naming conventions etc: