Hi everyone, so i’m working on a patch to recreate The Last Promise Character but with better graphics and animations don’t hesitate if you have any question. I’m trying to respect the art of TLP just to update it cos it is a bit old.

Isn’t there already a patch that has updated animations? Unless you mean map palettes as well as those.

There is one but it doesn’t update all the portraits and not all the animations.
I can’t post portraits for now but i will.

Are you sure this is a good idea? To completely replace all that’s been done for TLP and release it as its own patch seems just a little rude tbh

Also it’d probably be a good idea to ask Blazer for permission if they’re still around (i think they are on Serenes???)

I wasn’t aware of the fact that it isn’t allowed i just wanted for the game to have a feel fresh feeling not by reworking the existing portaits but by making my own portraits since we have a lot of new tools. Not sure if it is a good idea, i’ve juste been creating sprites on my own and a friend told me that it would be nice to have a fresh TLP.

And trying to create those portraits by respecting what has been done by the former spriters.

I don’t understand why you made the post, to be honest. Surely you can understand that editing someone else’s work without their permission is kind of rude. And if you wanted to change it to fit your own tastes, why not just do it and not tell anyone? Unless you’re planning to make a public release or are asking for help. Are you doing either of those?

I think that the fact that it is rude, is kind of an hyperbol, but i’ve ask the permission to blazer and waiting for his response. I have the upmost respect for the work of others, i’ve just been making sprites for several years and wanted to actualise a project that is 10 years old. If someone is interested i’ll be glad, i’m not supressing the old version and it is one hell of a project when you consider the ressources they had, i’m just putting actualised version of sprites but if you consider it a trahison to the original project I’m trully sorry. I’m actually thinking of putting the project out there for people to enjoy. Leaving untouch the credits to the original artists.

TLP is de facto public (ish) domain but I really wouldn’t want to step on the toes of the original artists.

it’s a no biggie, long as blazer the original creator agrees i feel. You get the permissions, you get the go ahead. Ain’t there already updated animation patches of tlp afterall?

Yes but what I remember it doesn’t include all characters.

The guy wont care i feel, just like the rest of ppl, do as u want with an old game we all played to death already. i would love playing it again with improved and QoL settings!

Generally, you can release your work as an addendum patch. This respects the original work while making your changes an optional patch that someone can choose to use.

I’m excited to see some of the new graphics!

So I’m continuing my work and going to release a patch but don’t know when, discussing with other people most of them are exited to see the design and i need feed backs for those so i will post them when i can post images here. I want ti implement a few changes but not change the rom itself so i’ll leave a few surprises but will show you my progress.

So after a month of working i’m ready to show a little of my progress i’ve redone 80% of the cast using the repo and making my own creations too, a lot of thanks to all the artists and for the support. So actions speak louders than words here are some new portraits next to their originals versions. 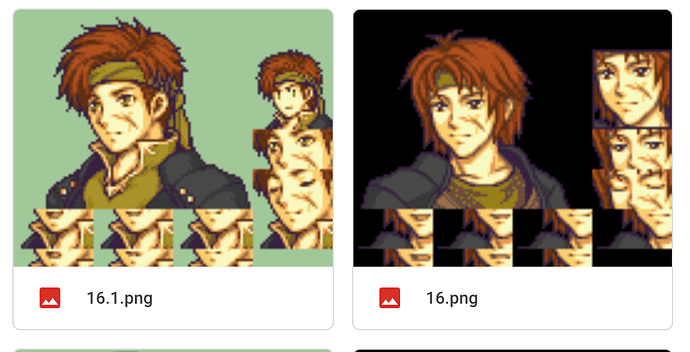 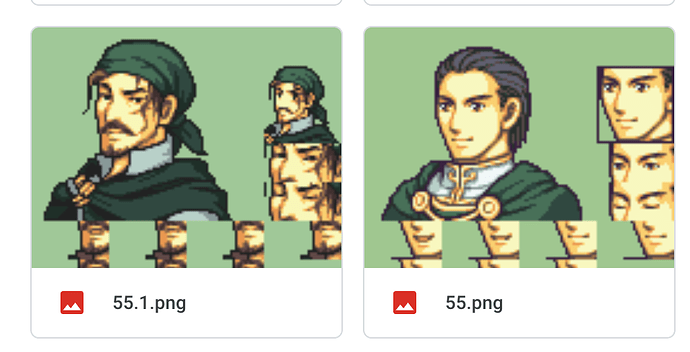 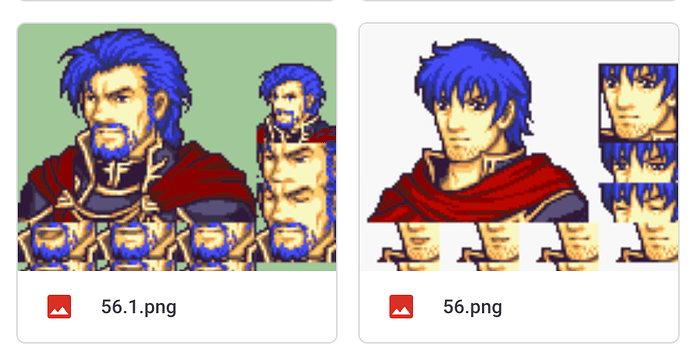 You’re right it ain’t suppose to be in that folder. I’m just cheking everythings right before reposting.
Truely sorry.

After taking another glance at the portraits; 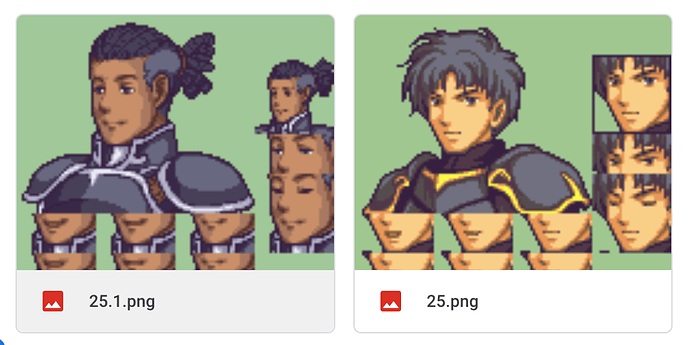 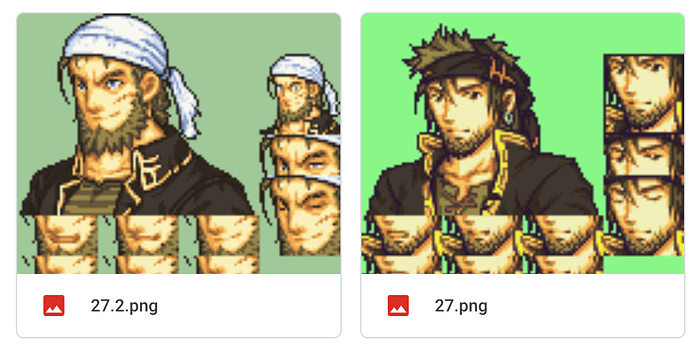 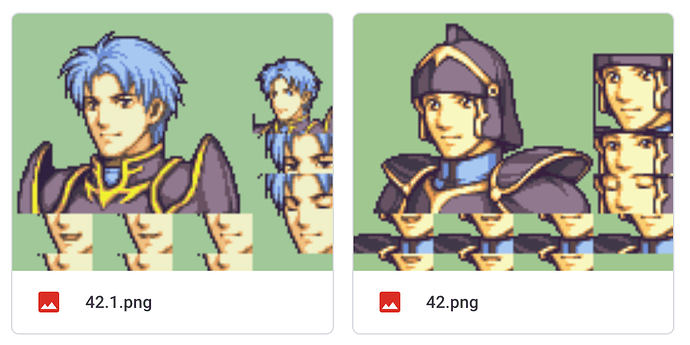 Read the rules before progressing further.