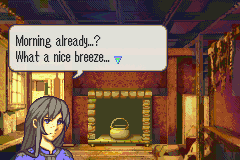 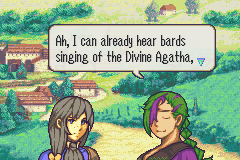 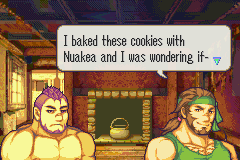 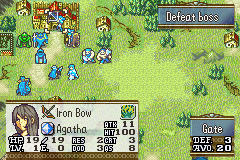 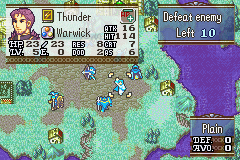 Hey! Thanks for coming here, first off, I’d start with saying that I need some playtesters and writers and if you, yes you! Want to help out you can contact me on discord at

I’m not really good at balancing and enemy placement, so I’m really sorry if you find some parts of this hack tedious or boring.
Currently, only the first chapter has a starting event, and you can play as intended until chapter 3. Other chapters aren’t really finished enemy placement wise, you should be able to play until chapter 6, which is unbeatable.

Characters (most of the portraits are a WIP):

Here’s the download link for both credits and patch:
https://drive.google.com/open?id=1UD0VbV3vM3BSa7dqVo6_J2c_ulEShap6

Thank you for reading!

if it’s your thread, you don’t need to worry about this

but cool looking project, looks like a fun time. I assume this is a mercenary quest given the name, but also light hearted, so that sounds interesting

alright, thanks!
And yeah haha, I just want to make a simple hack where everyone has fun, both the
characters and the player.

Quick suggestion, maybe put some of the opening post inside a details tag or two? Goes like this: [details=Click Here]text goes here[/details] =

Would make it easier to read / better presentable.

Thanks for letting me know! I’ll edit asap.

Just a heads up but I’m pretty sure that MMB is too large width wise. It’ll probably overlap with the cursor in particular positions so you’ll want to look towards reducing the width most likely.

I don’t think it’s much of a problem since it moves itself when you’re pratically inside it, if that’s what you mean, I’m pretty dumb lol 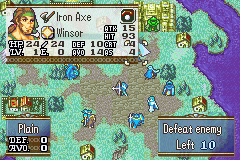 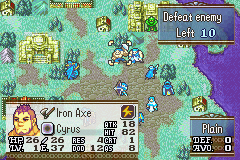 and I saw in this post that you can edit various parameters, but I don’t know how.

In preparation for FEE3 I figured I’d make a thread for thing thing I’ve been doing recently for the nth time. The goal of the Modular Minimug Box (henceforth called the MMB because the whole thing is a mouthful) is to provide a fully modifiable window that can display information to the player without them having to view the unit’s R-menu. Here’s an example: [image] Here’s a list of completed modules that can be mixed and matched, followed by editable attributes in square brackets: Tilema…

Various parameters is an understatement, you can change the whole box, every detail.
Unless you are using FEBuilder, that is, then you are stuck with the premade ones.

Please take a look at the Modular Minimug Box’s GitHub repository. The readme included in the repo explains how you can modify parts of the box.

You will need a recent version of Event Assembler and lyn.

If it ain’t broken, don’t fix it : )
tbh this project is not that important for me, so I think I’ll leave it like that.
Thanks anyways!

So I played the first 3 chapters (Not “beat” mind you, the boss of chapter 3 killed the lord, more on that later), and here’s my thoughts:

Overall, the maps aren’t anything to write home about, but they’re far from bad. I look forward to seeing how this goes.

Thanks to @Knight_Moris for providing criticism!

I tried to fix most of the things you told me, which I agree on.
But for example the status menu works fine for me, maybe it’s emulator you’re using?
And the rain on chapter 2 is more like an asthetic thingie, it does not hinder movement.

Finally I do plan on on changing some bgm, like the one playing in houses which sounds weird. Winsor faces the right way 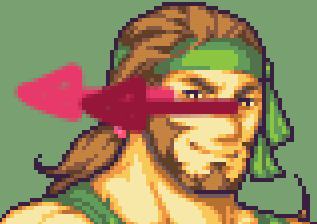