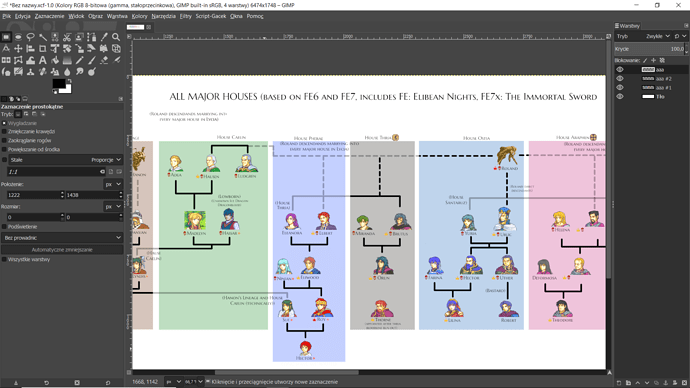 It looks so cool! So your project will have representation and a backstory for every house in every country of Elibe like in FE4, where you get to visit every kingdom, even if it does not have a Crusader descendant like Verdane or Miletos?

It’s not a hack, just a bigass genealogy tree I’m a fan of worldbuilding.

I split this topic out from the repo thread because this post wasn’t about asset sharing - feel free to change the title and continue here.

Oh, I see. I’m still interested in it, since FE7 did honestly a terrible job at worldbuilding. I haven’t seen someone who cares about Marquess Santaruz, Darin (even though he’s a superboss in the final map), Lyn’s family outside of her story, and there might be other people even I forgot.

I haven’t seen someone who cares about Marquess Santaruz 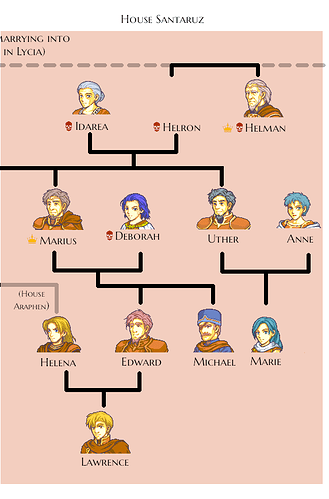 That’s some huge chad energy there.

I’m curious what your take on Lilina’s ending in FE6 since you have Roy and Sue regaled like a king and queen. I always took the statement that Lilina became Queen of a Kingdom of Lycia to mean that the various marquess’s lost much if not all of their power, which would include Roy since he doesn’t marry Lilina in your timeline. Does Roy become King instead in your version?

Roy and Sue regaled like a king and queen.

They indeed are the king and queen of the newly created Kingdom of Lycia.

Roy since he doesn’t marry Lilina in your timeline.

What can I say, I have unorthodox ships.

Does Roy become King instead in your version?

Lyica was super devastated after the war with some hauses (like Thria or Cornwell) being gone entirely. To ensure the integrity of the alliance, on a second conference after the war (once the fate of Bern was decided) the remaining marquesses were persuaded (mostly by Lilina’s lobbying) to declare Roy as a king, the first king of Lycia since the times of Roland. Of course there were some malcontents like the children of Erik which were super salty since Roy killed their dad.
But yeah, now as a king, Roy invited back Priscilla and gave her her marquessate back and also restored Thria by giving the throne to a new guy. Pherae remained with Eliwood and Caelin is under the stewardship of Kent since Lyn doesn’t give a shit. She, however, still remains de jure marchioness of Caelin.
The Lycian League still exists and the marquesses still have power. It’s a little like the HRE, they just elected a monarch from themselves.

Seeing FE7 and worldbuilding in the same post just makes me angry again at how underdeveloped Lyn’s backstory and tribe are. Also, why is Lyn’s father related to dragons?

Oh no Fe7 trying to insert itself again into fe6 Lore.

why is Lyn’s father related to dragons? 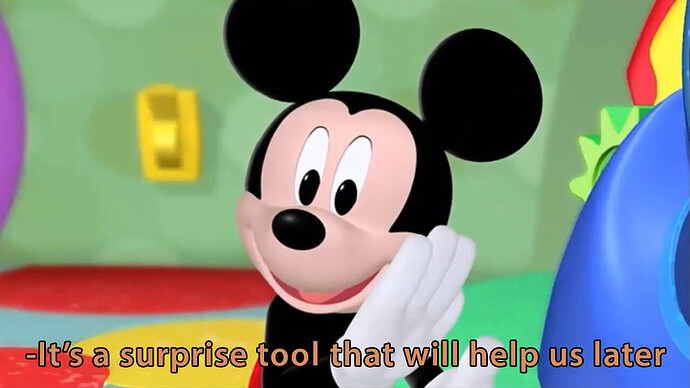 you acknowledge the one true Roy ship! Hail to Jey for his correct shipping preference! (I also appreciate the fact that Roy named his son after his dad’s bestie)

Wow! Never met someone who recognized the rest of the houses of Lycia! Hope we can see what you have in store for houses like Tania and Laus!

Hi question? When are your going to give us the link to the family tree? Are you still working on it?

Not now, I have work. What you see I basically all.