I remade Owain's paralogue from Awakening "Scion of Legend"

I’m realatively new to hacking so to practice map making I made this. I think it turned out pretty alright all things considered. Obviously not a 1-1 recreation, and I put in the armory arena and vendor because the chapter I plan on using this map in needs them. 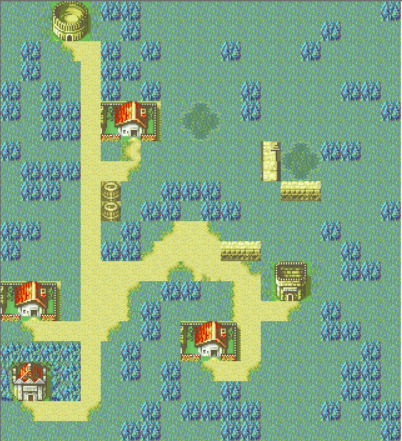 Feel free to use it/edit it since it’s just a remake of an already existing map and it’s not anything impressive. I don’t really need credit since anyone could easily make something like this but if you want to that’d be nice.
Here’s the map .tmx file
Scion of Legend

Owain Dark congratulates you and bids you continue with your legendary work!

Wow, the terribleness of FE13 map design is a lot more obvious once you see it in FEGBA style.