How to install custom spell animations

I wrote this guide for another thread, but Vesly suggested I make this a new topic for ease of reference.

I tried my best to write up a full guide. If someone more awesome and cool than me notices I said something wrong, please correct me.

Alright, so I assume if you’re asking this question, you already have a spell animation you want to use, but if not, you can download some from the Graphics Repo. Just remember to give credit if you plan on posting your hack anywhere.

You’ll need to download Event Assembler. When you download it, extract the folder, go to Settings in Builder, and then select Core.exe from the Event Assembler folder. (Note: I’m told FEBuilder’s Initial Setup Wizard does this for you, but I don’t use that.) 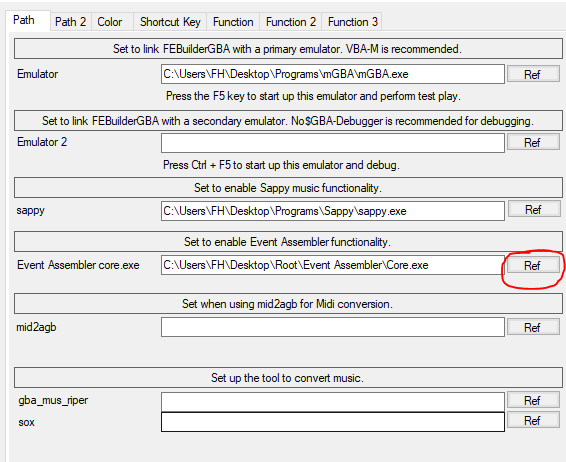 The spell should be in a .zip, extract it into a folder. (Credit to Sme and Compile for the spell I’m using as an example here.) 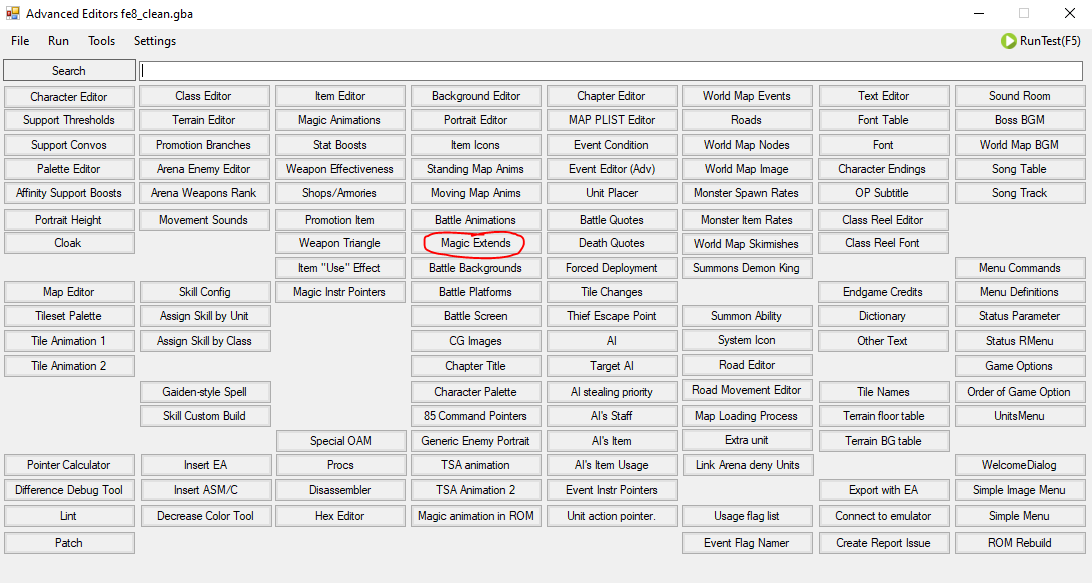 It’ll ask you to pick between these two, pick this one, then say Yes to whatever it asks you afterwards.

Now click “Import Magic Animation”, go to the spell folder, and select the .txt file. (I don’t think it matters which txt you use but if one doesn’t work just try the other.)

As you can see, we’ve now written our spell to spell ID 48. Now let’s assign it to a weapon.

Go to “Item Editor”, select the tome you want to edit (I chose Fire), and select Edit Magic Animations 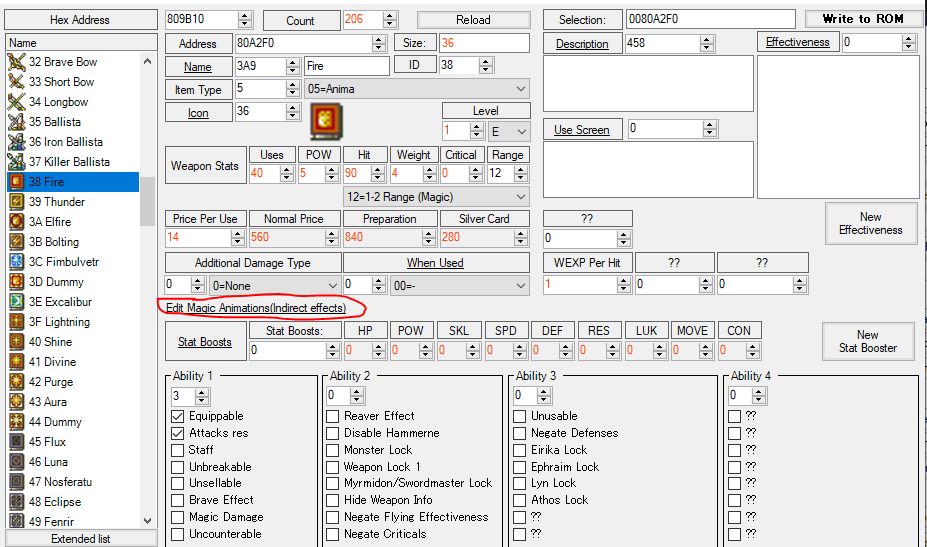 Here we can see that Fire uses spell animation ID 16, which is well… Fire. We can change this to other IDs. For example, changing it to 19 will make Fire cast the animation of Thunder, and 1D will make it cast the same animation as Flux, or we can even make it shoot an arrow as magic animations are stored the same as javelins, arrows, and hand axes. But that’s not important. We want to change this ID to 48, as that’s the ID of the new spell we inserted.

Now let’s try it out.

11 Likes
Does any body have a import magic animation tutorial?
Getting Started
LostAngel February 3, 2021, 6:06am #2

Are you talking about sound effects ID number? Explain more precisely, I think I can help you with this one.

If you are talking about sound effect ID you need to import them of another ROM, using this tool.

You need to select the music code (example=19) and select ‘‘import from another ROM’’ and this will import what you selected.

If this isn’t what you need you also have this option.

In ‘‘Magic Extends’’ you can find this option.

Select it and it will open this windown.

There is a lot of option but the most important is this one I highlighted with red. You can change the animation’s sound effect.

If I didn’t asnwer your question feel free to ask me again.

Thanks friend thank you every one