My current idea is having a massive map where the Lord can visit houses an infinite amount of times to spawn generic blue allies. Each house spawns a different class. Bosses stand on top of most houses, so you have to kill them to recruit more allies. In addition, certain villages will do specific things.
What I wish I could do:

The gameplay seems a bit well…repetitive. It may be fun at first having a bunch of units, but the gameplay would get slightly boring because of the house spawning certain classes. The maps would also have to be very large in order to fit all those various villages and to not make the battle too concise due to large amounts of possible enemy and player units (which would make the chapter even more dull) and couldn’t you just visit houses to the point where you’d overpower the enemy? Seems OK on paper but has a lot of problems when you dissect a bit more

The enemies would spawn every round. In addition, I was thinking about making a limit on your units

There is a hardcoded 25 Playable units on the same map btw. I have already made a similar hack out there, but without the unit reecruting and instead spawning greenies out there in a village.
Other hardcoded units are:
50 enemies per map and 20 greenies per map. 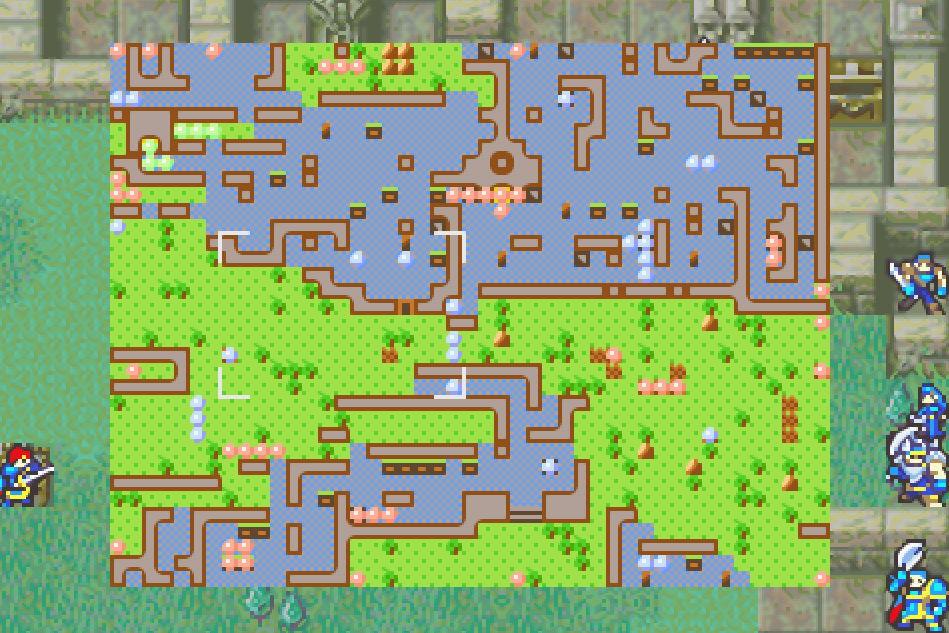 Nice. I was basing my hack off of the DS age of empires