I’m aware that GBW3 is part of the Nintendo Wars series, but I did ask one of the moderators a recommendation for where to post and this should be fine, and GBW3’s Campaign Mode does allow for unit promotion and especially surviving units carrying over between maps, so I can be sure it would have SOME appeal to Fire Emblem players. I am posting under “Shilling” just to be safe. 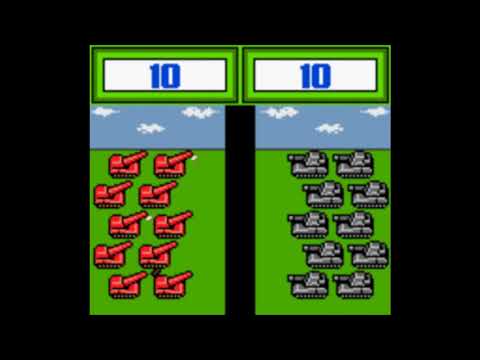 I should note that certain features (most notably the EXP Bar and HP map display) are actually on their own patches in the ZIP file because I am worried about bugs, which indeed the latter has, one of which (the palette color of Low HP being affected by bringing up a property’s strength meter) I can’t fix due to system limitations. Nonetheless, this should provide the ability to play the game in English at long last. And yes, I also included an additional primary patch that rebalances the game to be not just more vibrant but also more methodical and empathic.

Keep in mind that the translation patch does have gameplay changes, although IIRC mostly the only real change beyond Campaign-exclusive stuff and a bugfix is the ATK values of a couple of weapons being changed to eliminate a case of nonsensical weapon usage priority, so if you want the benefits of the translation and rebalance patches together but without things like the Auto End Turn patch that the master patch has, it’s recommended to apply the translation patch first.

If anybody has questions, please be sure to fire away.

As a fan of the Advance Wars series I’m definitely going to try it.

Let me know what you think, okay?

In the meantime, I set up a playlist of the progress reports, primarily showcasing PALBal patch changes: