Hi guys, I am new Rom hacker who wishes for an fe hack that spikes my interest so i decided to make my own. This project is early, early stages and currently my teams aim is to have a working demo for fee3 but we dont know if that will happen.

Anyway now to the plot, Yoy play a Prince and a small group of knights who have been exiled from their kingdom after a coup were the Princes father was killed. You would follow the prince on a journey escaping from the army sent after him and assassins chasing him until one day were everything would change…

The hack aspires to be something similar to fe5 story concept but more expanded. What the hack will include:
-A full length hack with around 30 chapters (4 main arcs)
-A small cast of characters only around 20-30
-A kind of difficulty were you are short of resources since you are on the run
-There will be very few points were you can visit shops and armoury’s most items will be from chests and events
-“Eventually” Multiple Endings
-The skills patch by circleverywhere
-New world map and lore

I hope you would consider keeping tabs on this project and if anyone had experience in hacking and is good at map design please pm me, I would lover your help

Screenshots of game play and maps will be posted in the coming days.

Welcome to the community, destro4789!

Sounds like you’ve got a pretty ambitious project. I do want to warn you about biting off more than you can chew, especially if this is your first hack. Sometimes hack creators can get ahead of themselves and plan way too much, only to later get burned out. You said you do have a team though, which should help somewhat! I wish you the best of luck with your project, and hopefully we’ll see it at FEE3!

Thanks for support Runa, I know the project is ambitious and i could get burned out thats why i assembled a team to help with stuff I lack skills in. And i hope to be at fee3

A Prince has his father, The King, killed by rebel, lost his country, and now is on a journey to claim back his throne. Sound like this guy

I can’t wait for people to see what we make in this ROM…!

I understand that feeling as well, me and some of the other ROM Hack Team were talking to each other and you proved a valid point.

That being said, I hope we can surprise the players! The Main Protagonist’ll hold some similarities to Prince/King Marth in the way of what happens but, hopefully we will be able to surprise you all.

Anyway now to the plot, Yoy play a Prince and a small group of knights who have been exiled from their kingdom after a coup 1 year ago were the Princes father was killed. You would follow the prince on a journey escaping from the army sent after him and assassins chasing him until one day were everything would change…

Yo idk why, but I feel like I’ve played this Rom Hack Before. It looked something like this 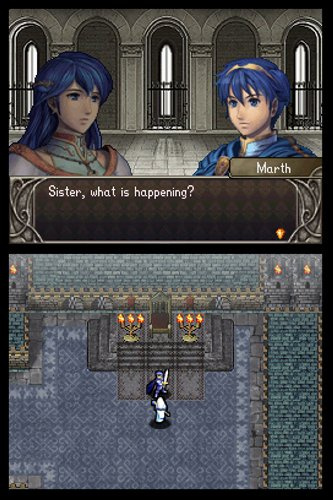 To keep this post somewhat serious, It seems like you have a lot planned for this game, and it definitely has my eye!