Yes, it’s that time of year again. The event that we’ve all been procrastinating for, it’s the eighth (EIGHTH!) annual FEE3.

For those of you who are new, FEE3 is a fangame convention that brings together hobbyists who work on Fire Emblem-related projects to showcase our collective progress and new initiatives. Back in the dark days of 2011, when it seemed like the series’ days in the west might be over with the lack of an English translation of FE12, Fire Emblem hackers decided to band together and host our own E3 (with blackjack, and hookers!).

But fear not, there are still Fire Emblem games in development. They’re right here, and this event is designed to showcase them. It’s an E3 for the FE community, meant to show off our contributions to the series.

In 2012, we did it again–inspired by the lack of a Fire Emblem: Awakening localization announcement at that year’s E3. Two years of disappointment in a row, we thought. That was, until Reggie mistakenly made the announcement to the press thinking it was part of the media kits. Our fears turned out to be unfounded, and Fire Emblem has continued to spawn three new games since it appeared as though Awakening might be the end of the line.

So hey, to anyone who has an active fan project out there: come and join in the festivities! It’s always great to see what amazing new things our community has been up to.

In order to pull this off, we’ll need some volunteer LPers to participate in the show and host demo showcases. Unfortunately, our usual cast of Mel and Mage Knight 404 won’t be leading the charge this year. Project managers should feel free to recruit their own LPers, though! It’ll help make the process easier if more people elect to make those arrangements themselves.

The deadline for project submissions will be 9/30/18, with the show taking place in mid-October.

Time to hit the hype traintracks! I’ll probably dust off one of my things for the presentations.
What I’ll most likely do, if I don’t just make a fun chapter instead:

Hoo boy, I gotta get back to work then.

I’d be willing to do Let’s Plays if my only microphone wasn’t on my old computer, incapable of running any gba emulator at all. >:[

if I can find someone willing to do it.

I’m also recruiting volunteers so if you’re unable to find one of you’re own, we’ll distribute the projects who want an LP amongst the volunteers.

Project Name: Runa Does A Thing
Platform: FE8
Showing: Trailer, Interview, most likely a let’s play of one chapter (I could give co-commentary if wanted)

@Deltre and Mekkah are some LPers with a strong following

Sign up VBA2. Showing off LP. We don’t have an LPer yet but I’ll try to contact Mekkah since he LP’d the first one.

Oh I am very exciting.
It’s cool to see what Projects are there.
I am not sure if I should write my Project here because I think no one of you can start something with it because it’s a German FE8 Hack.
I am finished with one of the two tales but i have to think about it. 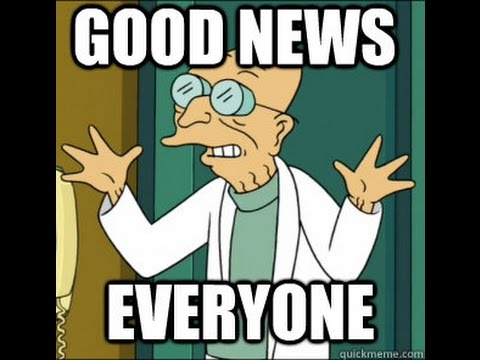 I reached out to Mekkah this morning and he is on board to volunteer as an LPer. Mage Knight 404 can also handle a few.

Now we just need to get a few more folks to finish assembling our FEE3 All-Star Team!

Let’s Play will likely be done with either me or @Snakey1 playing, with hopefully co-commentary from the both of us.

Just checking: is the show done live or do we pre-record our stuff and send it somewhere? Thanks!

hi just hit me up on discord

cause i can lp stuff maybe

Edit: MFW this has more likes than the actual resonance post

I can be a backup LPer if anyone needs me