I freaking love fliers so It urges me make a stupid crossover hack called fire emblem wings using FE8 base. Taking inspirations from fe girls and myrm emblem, characters will be all fliers in the series from shadow dragon through radiant dawn. Planned to be 21 costum chapters long without gaiden bs. The hack will be split into two playable parts(Caeda’s and Elincia’s) consist of different objectives and difficulties. Caeda chapters are focused on sieze and defeat boss objectives while Elincia’s are focused on rout and defense objectives. New items, weapons and their respective prfs will be included(obviously).

Story:
In the golden age of Altea, everyone lives in peace and harmony. Caeda had thought on planning for a child with Marth. But all of a sudden, our king of Altea has gone missing. With the disappearance of Marth, everything has gone awry and ruthless rulers had a rude intention to retake Altea. Caeda almost had a trauma and she needs to stop this catastrophe. With the help of Altea’s knights and Princess Minerva of Macedon. Caeda embarks on her quest to find Marth by flying across all nations of the world.

On the other side of the continent of Tellius, full of wars and chaos are happening. Crimea is in danger and Elincia needs resistance force of Ike. However no one had found their group and they had suddenly gone missing without any clue. Elincia is in a hurry and she had to recruit the strongest knights possible. With the success of their fortification of the attacks, Elincia has been worried of Greil mercenaries’ disappearance. No one had a clue on where they are and where they went right now. It’s on her way to recover and find them as soon as possible.

That’s a really fun concept. Better watch out for ballistae, though…

me, discovering my boy Subaki is nowhere to be found 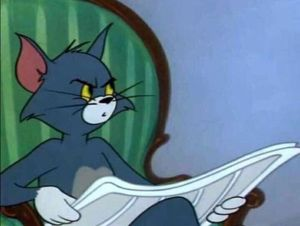 me, discovering my boy Subaki is nowhere to be found

Beta now released up to chapters 1-6 (first Caeda route) Tell me if it’s just way too hard or way too easy.

i updated the things i just forgot srry about that.

There’s this weird bug in chapter 1. 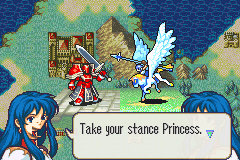 I tried to open this door but the option won’t show up for some reason. There’s a open entrance so this is a minor issue. 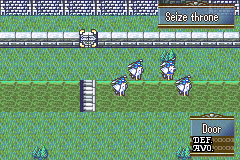 Palla as a Jeigan and healer at the same is so good. I think difficult is on point but if I were to suggest anything I would say nerf Minerva. Or change something about the exp I guess. Got her to level 16 already lol

I know it’s up to chapter 6 but after completing it the game goes back to chapter 1, I’m not sure if it’s intentional.

If that face glitch in the boss conversation hasn’t been fixed yet, I had the same issue when messing with my hack. In boss conversations, you need to [ClearFace] each character before letting the other one speak. Caused me no end of grief until I tried it.

I started over and haven’t got to the new chapters yet but I can say that you did really well with the nerfs, Minerva won’t one-round everything and the con nerfs are really nice too.

Edit: Chapter 6x is really annoying. The enemies with Aircalibur have more than 50 hit and they ohko basically everyone if they hit. The following chapter is fine though. Also for some reason the game goes back to chapter 2 after the second Elincia chapter.

Edit: Chapter 6x is really annoying. The enemies with Aircalibur have more than 50 hit and they ohko basically everyone if they hit. The following chapter is fine though. Also for some reason the game goes back to chapter 2 after the second Elincia chapter.

It should have been fixed now. Play it with an febuilder to manage bugs or something.

Thank you, it works now!