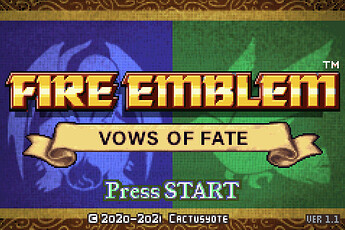 Hi everyone! I’m excited to share my complete hack project – Fire Emblem: The Vows of Fate! I began development at the very start of the pandemic as a wedding gift for some friends. The pandemic stopped the wedding from happening, and I wanted to give something special to capture this moment in time forever. As Covid continued, it turned into a much larger project, spanning 14 chapters, a completely new script, unique maps and objectives, custom animations, portraits, sprites, and much more.

Note: Due to the nature of this being a wedding gift, there are some inside jokes, but they are kept to a minimum. Otherwise, this is a fully-playable Fire Emblem game with a script to match such an adventure.

Join Rift and Wes, husbands-to-be, alongside their group of friends, as they attempt to hold a wedding ceremony despite the looming dangers of Covidiots and Covid monsters! Will they be able to pledge their vows for each other? Or will their special day be derailed by sinister plots lurking behind the scenes? 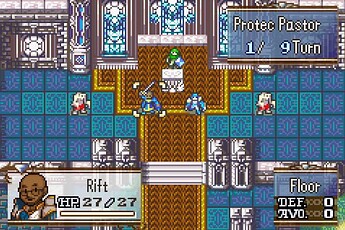 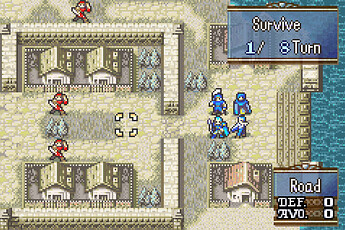 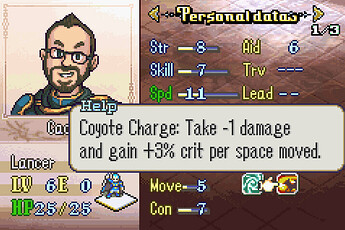 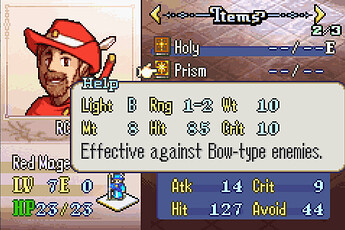 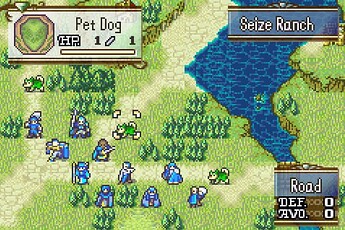 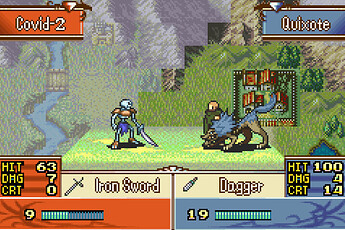 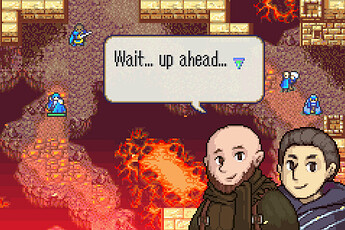 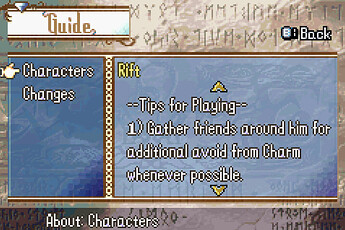 That’s a very wholesome reason for making a romhack, and the chara-design is also quite cute !
And congrats for the release, I will be sure to try the game !

What
why is this about the plague lol

Aw, thank you very much! It was so much fun to make!

This seems like a fun little half-serious/half-satire hack. I love that there are only 10 characters. I also love the humor regarding COVID. I’ll check this out for sure!

Although the plot is a little reluctant, the dialogue between the characters is very interesting. Thank you for the joy this hack brings me.

Found a bit of a bug. If Taska tries to summon a Phantom, but already has one summoned, it will perform the summoning animation on the map, but a new phantom will not be summoned, and an XP gain as if it was would be gained. Just pointing this out because this can be cheesed easily.

Just completed this wonderful hack, amazing work for such a short but very well done high quality hack, Thanks!

Story was very funny and the char pictures were very refreshing!

Maybe hard mode could have been a bit harder but thats the only improvement i can think off.

Looking forward to ur next hack!

Can confirm that the above bug still persists. As confirmation: 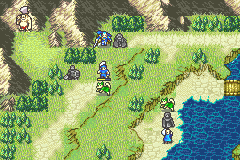 Edit: The crash occurs right after you receive 100 Gold. It runs the event fine but after you get the gold or when your supposed to get the gold, it crashes. May have something to do with the event that gives you gold may not be properly lined up or something, just a guess.

Thanks for the heads up! Unfortunately, I haven’t been able to find a way to remove EXP gains from summoning, or a way to remove the old phantom to make room for the new one.

Thank you so much for playing through it! It means so much!!

Sorry that the crash still happens. I went ahead and made some code fixes and changed how the houses function. I’ll do some playtesting the next couple of days and should have a new version up. Thanks a ton for the feedback!

Thank you for the heads up! I did some reworking of the houses and will be playtesting the next couple days. Expect an updated version soon

Hi everyone! I’ve updated the download link with v1.2

Fixed the bug in ch9 where visiting houses crashed the game. This was occurring due to a space issue within the chapter.
The houses have been removed and replaced with ruins. Any items gained are found through different means throughout the chapter.

I went through and playtested the game, but definitely let me know if anything breaks, thanks!

So sorry for bumping the thread, but this is my favorite romhack. It’s short, simple and not too complex like some romhacks (4+ skills per character and over 50 units, etc.) I like the story about the MC’s getting married but the Covididiots ruining it.