Hey everyone, so this release has kind of been a long time coming since i showed it in fee3 in 2021, like many hack projects life got in the way but, it’s in a state now where it’s good to release.

This hack is based around extreme stat deflation, sort of a concept hack to play around in the design space to see how far I can push down the stats and still have a functional, fun fire emblem experience with everything stripped back.
It also has a plot but I can’t promise a groundbreaking narrative in 5 chapters!
Hopefully for the denizens of FEU this should be an interesting little project to waste an hour on, I hope people find it fun!
As always, feedback is greatly appreciated and always a treat to get so feel free to leave your thoughts below.

If you’re interested in helping out, I still need some assets for the hack, primarily portraits for some playable characters and one of the bosses. 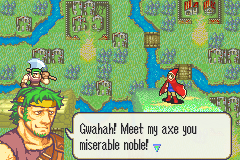 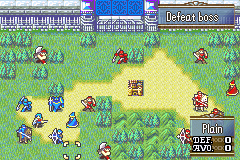 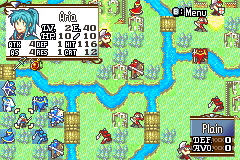 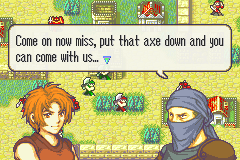 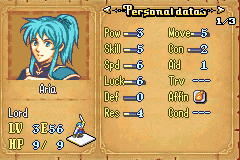 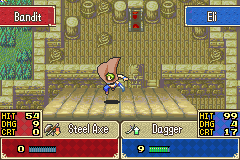 Cool hack, congrats on release! Was fun to playtest.

i remember really enjoying the two maps i tested forever ago, very fun game, check it out!

I recognized this one. This one is from FEE3 2021 which presents a video about it. Guess I have to watch it in the meantime.

This was a pretty nice hack with decent story and pretty hard difficulty with the reduced stats, shame its so short!

Appreciate that you enjoyed it, glad you had fun!

I’m a tad late, but as a playtester I can say that I had a blast with this project and its shorter form factor makes it a high possibility that I’ll revisit the hack at some point. Kyrads has done a really great job on this so I hope that everyone else enjoys GoA as much as I did.

Finished it this evening, it was a nice experience! I really enjoyed it.
I wrote some notes while playing & after finishing it. Sorry in advance for the wall of text, but hopefully there’s something useful here.

Hey sorry for the late reply, wow lot of thoughts here, just wanted to say I really appreciate the thorough feedback and I’m glad you enjoyed it, it means a lot!

Thanks for the feedback again, all super valuable stuff. Interesting perspective about offensive vs defensive characters, not an angle i’d really considered it from. May consider buffing Eloisa’s buff as I do like bulkier jagens, I was just worried about her being too good given that she never actually has an opportunity to fall off.