There’s a bit of data in the character struct used for “Conversation type”. In FE7 this was used for certain house/village events where the visiting character speaks a few lines in conversation with the person in the house (namely, the Renault cameo in mid-game and Sophia’s cameo in the endgame). This data exists in FE8 as well but is seemingly unused.

The speech pattern differences aren’t as large in English versions as they are in Japanese, since the speaker’s gender and social status don’t have as much of a difference on their English phrasing.

I’ve organized them with a short description of the personality used to flavor the line.

In FEBuilderGBA you can see from this label. 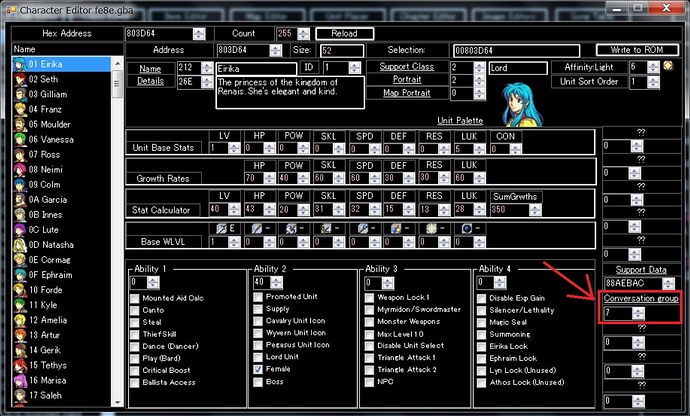 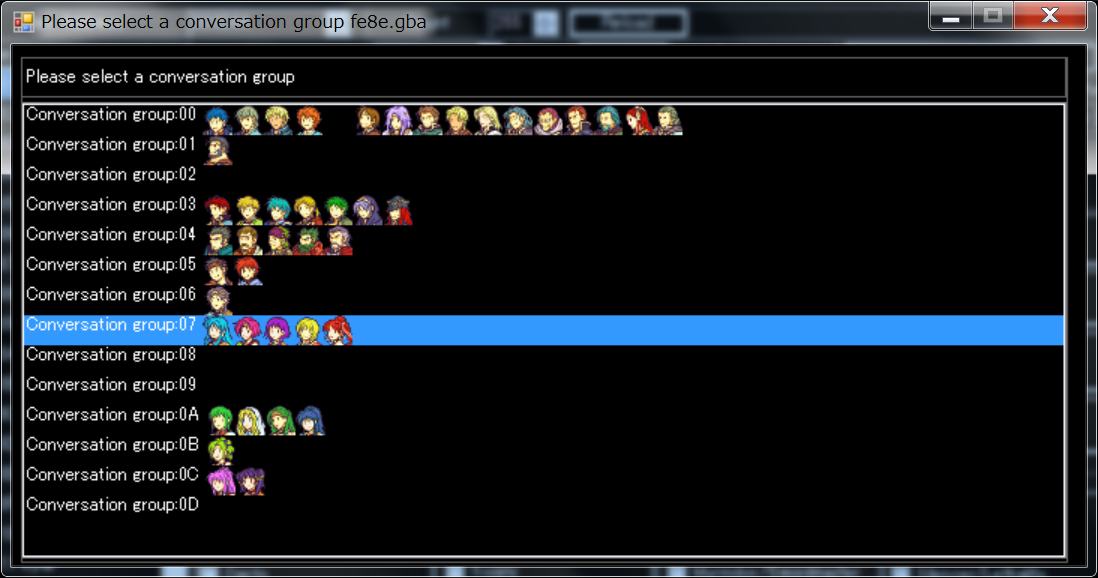 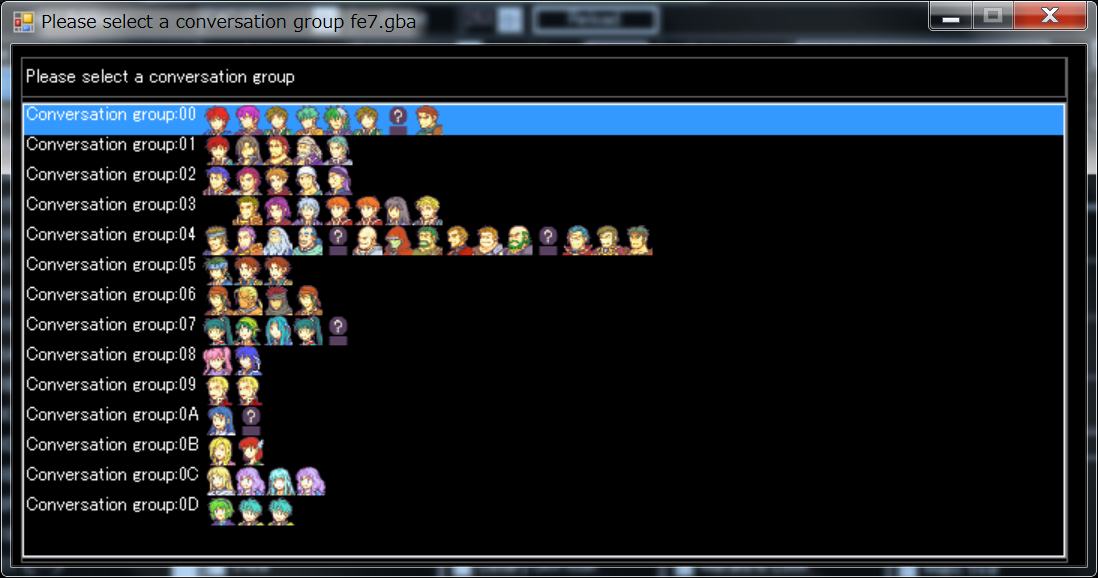 In FE 8, it is necessary to create a branch instruction by using the instruction to acquire the conversation group.
(For FE 7, a dedicated structure is used.)