This hack replaces units from FE6 with ones for the other GBA games. It also changes the inventories of a few units so some of them might have extra promotion items. The only item that has been changed is the Dragonstone which has been buffed to 50 uses. Patch an unedited Japanese FE6 rom.

Dropbox link to .ups patch, hard mode .sav file and a .txt file to see what units I swapped:

I’m a complete newbie with FEBuilder so a few things might be incomplete.
Known Issues:
-Tethys’ dance animation blinks from the left to the right.
-I had no extra space to add lances and the special Durandal animation to Knight Lord.
-When Knight Lord does a critical strike the horse does not neigh.
-The affinities are unchanged from the original units.
-When Myrrh is moving instead of making “flying” sounds she makes “walking” sounds.
-Myrrh now has her FE8 transformation but the dragonbreath, transforming to dragon and the transforming back to human animations look weird.

It is a recreation of Derfle’s unit swap patch. Some units will be the same but their stats might be different.
Derfle’s patch: Fire Emblem 6 Unit Swap

Shoutouts to Deviation for spending some of his own time to teach me how to use the basics of FEBuilder. 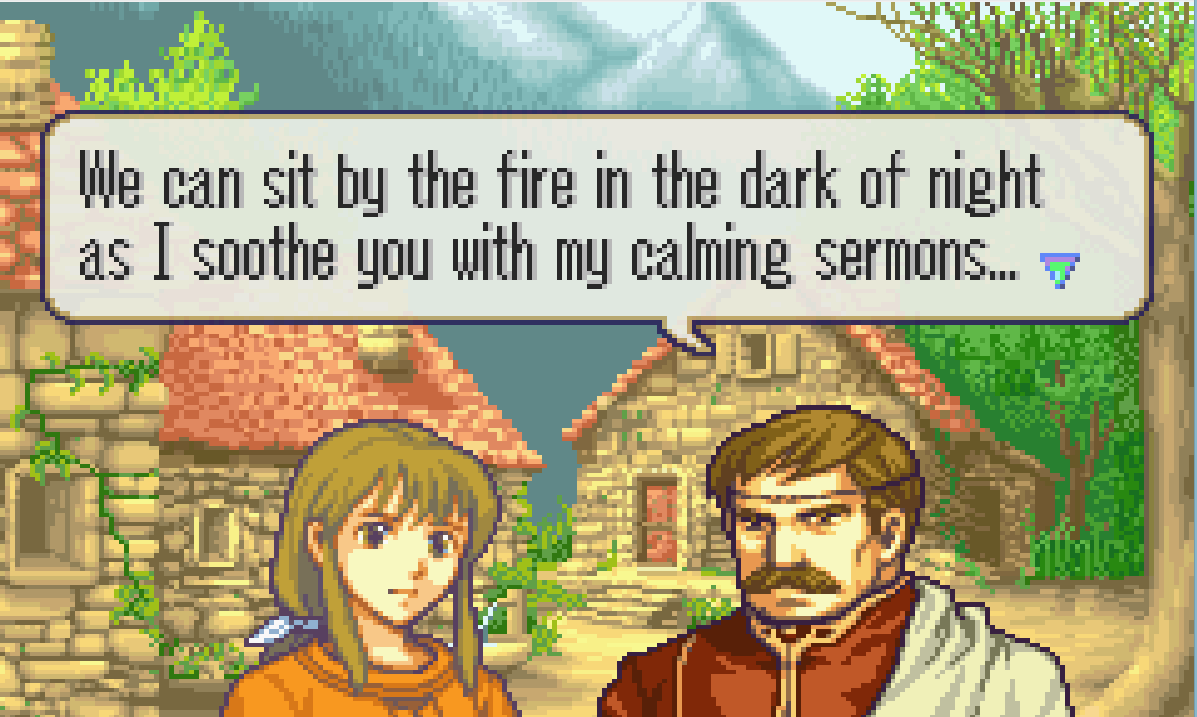 Fixes:
-Pent has MageM/SageM map animations now instead of ShamanF/DruidF. (whoops!)
-Pent now gets A Anima on instant promotion as intended.

There’s a cool Myrrh animation in the Repo. You can find it in the Monsters folder

that screenshot is probably the most cursed image ever