I’m just going to share this jp hack i just recently found. Judging from the title this is not what your going to expect. This is a jp hack made by a anon japanese author. I have not looked much in this hack yet but there are couple of changes like map revamps, new weapons, generics have skills, Great Lord class can now use staves, canto on cavaliers are removed unless they use slim sword/weapons, character changes or buffs, movement increased, and cool stuff like Marriage/couple skill activation (im bad at names)(basically triangle attack but 2 pairs adjacent). I smell a ridiculously difficult hack but I hope it’s a neat one. 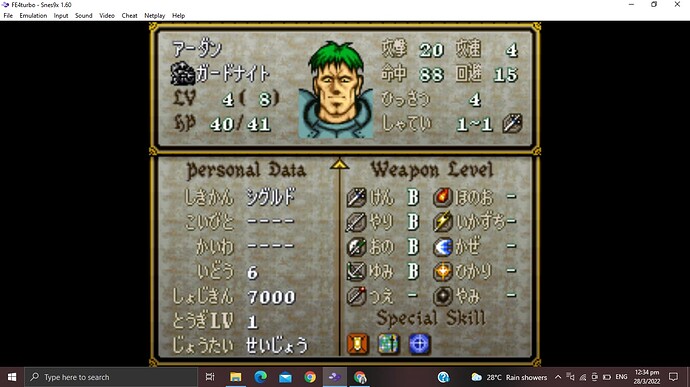 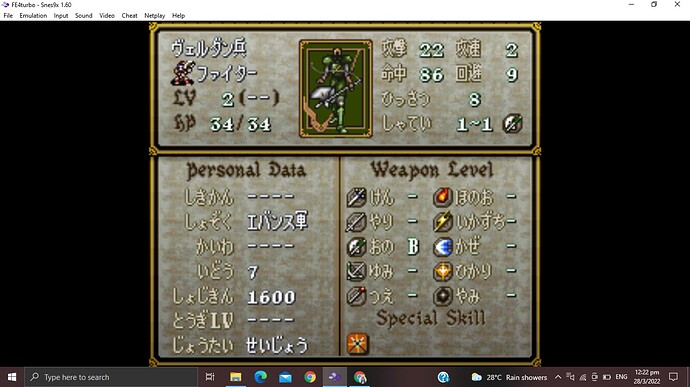 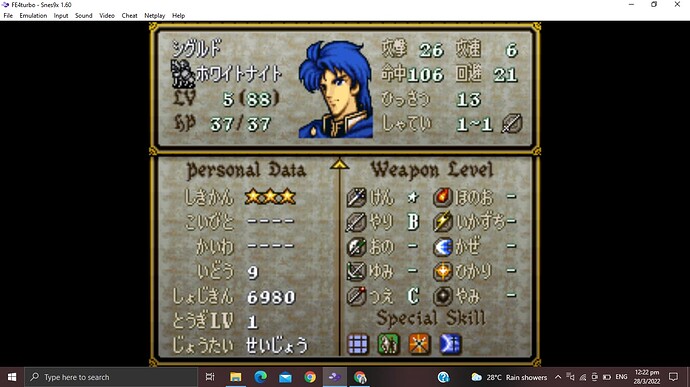 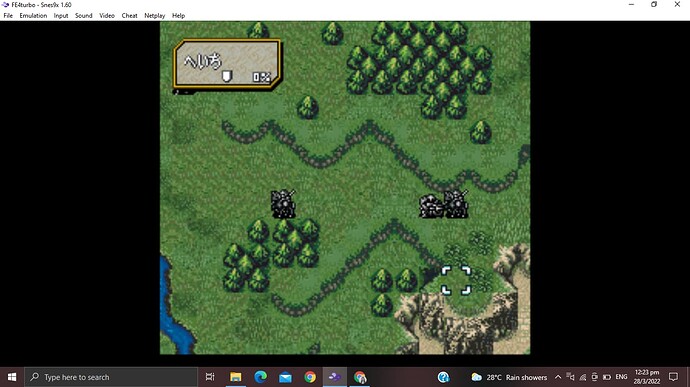 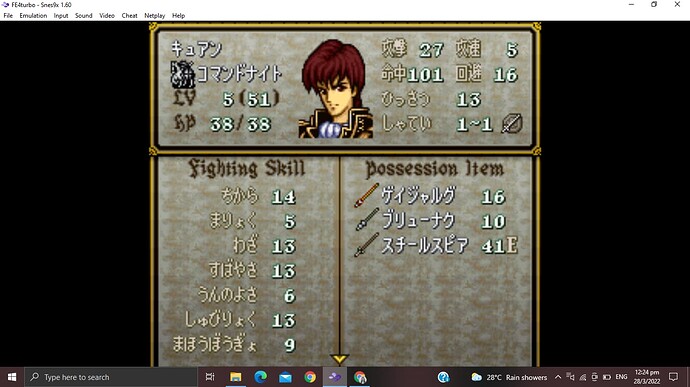 link to the original rar

If you’re going to post someone else’s hack, the very least you could do is include the author’s name and the original download source.

Finally someone talks about this! I love FE4 turbo and I have done 3 full playtroughs, and I am currently on my 4th one on the most recent version of the hack.

I really like the new mechanics, like the fact that everyone can double attack with at least 5 AS and the pursuit skill makes it 3 AS instead and strenght/2 acts as con. Also, the way that skills and branching promotions are handled is very cool as it serves as an incentive to try different and cool pairings, as males have between 2 and 3 personal skills and the girl have only one, so most pairings will bring kids with an unique set of personal skills.

Also, give Jamka some love, his personal trinket gives him +5 skill, +1 move and vantage that works wonders with his personal wrath - only he and his kid can use it - and as one of the only 3 first gen units with 3 personal skills, he is actually giving 4 to his son, so that makes him an easy pick to father any of the physical oriented kids (fighting mages (ergo, not healers) have vantage as a class skill).

Jamka personal skills are wrath, critical and charge. Everyone can do a critical attack at skill/2, but the critical skill makes it so the formula is skill alone. Wrath has been nerfed to be only an 80% crit chance, but that is good enough for me. Also, classes can give an innate crit bonus, so this Jamka (with killer bow as the active weapon) has 63% effective crit, before enemy luck. The other skills are vantage as an item skill, and pursuit and adept as class skills.

The only major warning that I would give is that the holy blood of Altenna and Leaf have been swapped, so Leif has major holy blood, wich goes directly against canon. And there are two 1st gen units who gain minor holy blood, but this change also benefits the pairing system so I ain’t complaining.

Every secret event (but the Arden pursuit ring one) are still on place despite the map change, like the axe lady that that talks to Lex.

One last tip is that every single unit joins with 3 exactly items, always weapons, so you risk duplicating certain weapons, wich wouldn’t be a problem in normal FE4, but Turbo adds so many new items that item deletion trough duplication is a pretty common problem in my experience, so I suggest to inherit only rings and holy weapons. Gen 2 units join with a competent set of weapons, so you will not loose too much firing power by not inmediatly having acces to your brave sword.

There are still a couple of minor bugs, like Great Axe Knight Lex freezing the game if he fights on two range with a spear with animations on (if he is a Duke Knight this isn’t a problem), but nothing actually game breaking.

Btw, the zip file comes with several saves at different points of the game on japanese that you can change to your rom name and you can run it on snes9x, so you can have an quick teaser of the changes.

Sorry for the wall of test and any grammar mistakes, english is my second language. And I do not know any japanese, I just know the menus by muscle memory at this point