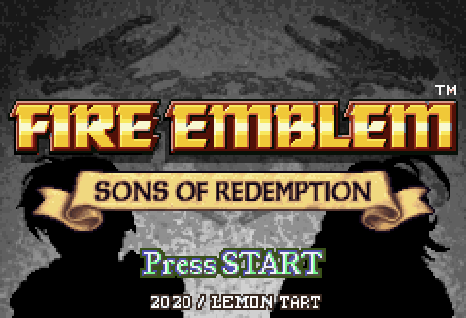 So here’s a thing I’ve been sitting on for a good few years now, letting it ferment into something unrecognizable from its original concepts. What essentially started out as a meme-filled FEXP map about a bunch of OCs of a very secluded club of cool kids eventually got some plot out of nowhere and even completely original characters. Before I knew it, I had an actual, serious FE game at my hands and it was recently that I decided to make the transition from FEXP to FEBuilder.

THE PLOT
The two brother princes of Ascad, while vastly different in ideals, stand together against the storms of the horizon. Ever since the disappearance of the queen, Ascad has been through some of its worst times with a sudden increase of bandit raids on the east coast and negotiations with their northern neighbor going nowhere.

One day, what seemed at first like the usual raid upon the hometown of a good friend of the princes, would set in motion something far bigger than the brothers could have ever imagined… 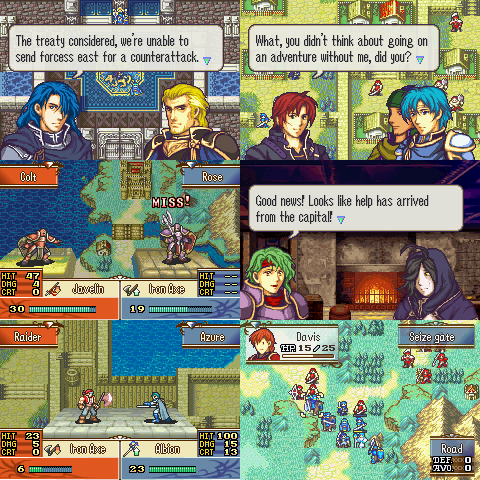 Not sure if this adds anything whatsoever, but I’m getting some seriously strong Deja Vu from these concept maps.

Yeah that third map in the city gives me Thracia feels on the chapter you defend Linoan’s castle. Also reused in fe6 I think?

Figured it was about time I post some updates here too.

I’ve had a pretty good pace going ever since picking up this project again when I had time from schoolwork and moving house. All the maps for the first act of the game are done and only needs some text insertion and placement of units, before I’ll hand the ROM over to my playtesters. When I’m happy, I’ll see about releasing a public demo for the hack.