Heyo!, So I saw some people make these Creative threads to keep their stuff in one place and thought “Hey, I should do that!!”. I don’t have much put ya know might as well get my archiving stuff sorted and get some feedback and stuff. So far I’ve only made some animations but who knows I might try making portraits one of these days.

Copy Pasting from the Repo Thread:

What’s this?! no Monster Animation got into the repo since 2 months ago? Well, someone needs to change that. Here’s my first Foray into the world of Battle Animation
Got a couple of monster anims to show case:

Exhibit A is a semi repall-variant transformation animation as a follow up to the Kitsune animations made by ZoramineFae and using the female rouge made by {Temp, Black Mage, Wan} as a base, I thought I’d give a promotion for the kitsune thief with this

I’ve made the sword animations and unarmed ones as well as you can see, the palettes line up so you can get a consistent color for all these animation!.

Exhibit B is a reskin of the archer bonewalker vanilla animation, inspired and as a counterbalance from the Legion reskin of the wight made by Seal, Blood and SaxMarine named:

Too lazy to make the unarmed animations haha. I thought a pair of boots and chest ornaments would look good for a more light version of the legion variant. I’ve only made the Bow and Lance animation because those were the ones I need for my hack but I would be totally okay if anyone wants to add more weapon types for the base.

That first animation of the girl turning into a monster certainly caught me off guard lol. I like the monster animations too, keep up the good work!

(copy pasting from the repo thread)

Heyooo, been a while, so i decided to take a little break on developing my own personal hack and I took up a small personal animation project while at it, thought I’d share it to the repo in my not so secret agenda of encouraging more monster animations to be made…
Lemme introduce yall to…

And a recolored promoted version:

That’s right a magic Zombie baby! (P.s the glaze color can be change separately), no melee animation as of yet but hey you could make one if you want. As like the one before these 2 are f2u/f2e. and are available here

Oh yeah btw I know it sounds like cheap marketing but I’m doing a sort of “Build my class” based on these animation, The idea is that Feu users can vote on the stats, niches and other aspects for the new class I’m going to attach these animations to. Be sure to check out my thread here If you find the idea interesting!!

Hey guys, Sorry for the long wait between updates. I kinda took a semi non disclosed week break on developing the hack. Just to prevent burnout and such. But enough about me. Rest assured I haven’t been doing nothing throughout my development break Instead of developing I have been hard at work making This!!: Lemme introduce yall to the Drowned!! (name subject to change) [drowned] And another one for The promoted version: The Symphone!! (name also subject to change) [drowned Promo] Tha…

Also I made some PvZ sprite as a non fe sprite project:

Look at dem babies, You’re free to do what you want with them. Like maybe use the last one as an emote to say “Ooo” in a realization kinda way for quirky friends or whatever haha

Next up, Project Cool nut!!

Also have the original:

Anyways, as always, do what you want with them!!.

Hey guys, so little update. As you probably aware, the repo got updated today, Which means…

That’s RIGHT, you can finally download these babies directly from the repo!!.

But, don’t worry I didn’t just posted to gloat but also to show you guys…

These, walking animations (and later the map animations) for the Drowned and Symphone class!!.

that I’ve been making with the help and supervision of a friend (I’ll be sure to credit him once it’s released, don’t wanna put unnecessary pressure on the guy).

Now it isn’t quite finished, probably needs some more detailing and stuff like that but, I should be able to finish it in a bit more, implement it in my hack for the next release and stuff along with the new class and battle animation of course!!.
Also, yes these will be put into the repo as well.

Anyways, do feel free to reply if you have any thought of the map sprite, It’s a new process to me, so ya know…

Made 2 Loading Screens, don’t know if they’ll be any good, I think I made them too small lol. but hey if you wanna stare at loading screens here ya go lol. As always use them however ya want, maybe as a quirky “I’ll be back soon sticker” i guess

Made this today, f2u of course, send it to a person you care about today okay hehe

Ladies and Gentleman, for too long Baels have suffered in fire emblem, no 2 range, crappy stats, low tier monsters. BUT NO MORE I say NO MORE!!

Behold!! Part 1 of what i call the Bael Expansion!!

Now lets just say working with legs are a lot of pain and these are not perfect but hey, it’s a cav on a giant spider!!

As always you are free to edit/use this with credit and you can download it from here:

Also thanks to Zoramine Fae on helping with advice on this project and they’ll be dropping their own version of this animation soon, So look out for that people!!

hey, it’s me back with part 2 of the Bael Expansion
Ballista, Bael, combine em together what do you get?

Both Horizontal and Diagonal firing included!! topped with a melee as well
now for some…

Your Best friend: Bro your Waifu is Trash!!
Your Waifu:

F2U for memeing and trolling purposes only. 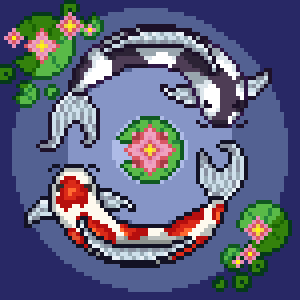 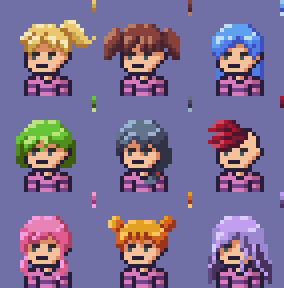 Also made these, forgor to upload em here

Ladies and Gentleman, in life there are many mysteries, why is the sky blue? what is the meaning of life, why are there so few reskins or variants on the gorgon, why do we not have snake waifus in the repo?
Well i have the answer to all those questions right here:
BEHOLD!!!

Boasting 108 frames on the magic, featuring staff and refresh animations as well, this has got to be one of the biggest projects of mine to date (frame wise) after weeks of dedication, annoying the spritans pros by constantly posting it for feedback, dealing with hair, arms and tail issues, it has finally been completed

ON top of that:

She even has map animations!! made by the one and only An odd Dutch Introvert!!
so what are ya waiting for folks? getcha lamia right now and stop starring at ugly gorgons all day!!

Anyways here’s a link to my drop box as usual

Alright people a bit of a lower effort submission this time but i noticed the Valk had the perfect motion for a dagger throw, and we need more dagger anims so, tada!!

We got regular dagger:

And the epitome of perfection… da-tarata!! The Daggerang!!, it’s perfectly sync with the handaxe spell anims.

As always, here’s my dropbox:
Download my Creative stuff here!!