[DISCORD USERS: Join the discord server here and connect with the developer, along with other players: Shackled Power Development Corner] 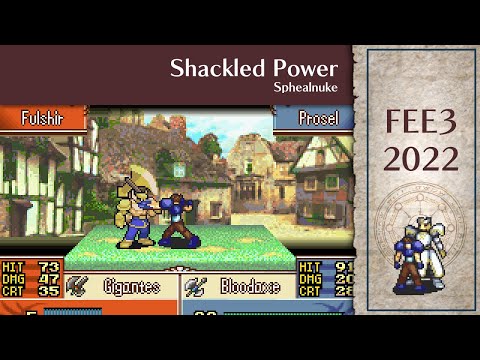 -Guide Prosel and over forty other playable units through huge amounts of tactical warfare!
-33 chapters of punching out anyone unfortunate enough to be standing in your way!
-A wide variety of new weapons to play around and strategize with!
-Every unit that uses axes as their primary weapon gets their own unique Prf axe with varying effects!
-Kick down doors, bust open chests and blitz through water with your very lord!
-All new weapon type: Bombs! Shells that contain magical charges, they can be used as indirect projectiles to test enemy resistance with your strength stat! Usable by thieves and an all new class…
-Introducing the Guerilla class! Specializing in indirect warfare, they can plow through terrain barely impaired and snipe the enemy! Promotable with the Crook(Ocean) Seal into Lieutenants!
-Rarely distributed skills to keep things vaguely close to vanilla. Expect to see battle skills on important bosses.
-A brand-new story and land to absorb and learn about as you go!
-Bigger promotion bonuses!
-Over 120 support chains varying wildly in entertainment and potential insight!
-No deserts!
-New music from other GBA games! 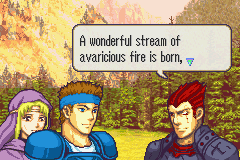 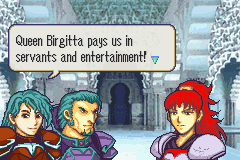 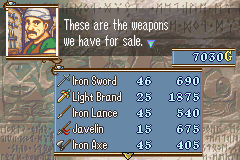 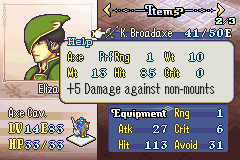 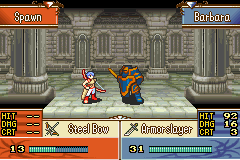 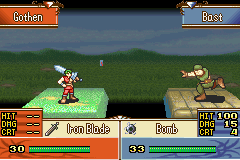 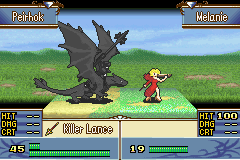 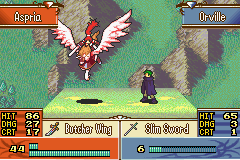 Hey,
It’s been a while due to life and working solo on this, but a new public patch is ready with 22 chapters, up to the end of the second “act”.

So what’s changed? Quite a lot. New and redrawn portraits for many characters, new animations, new map palettes for almost everything, new weapons, a new stat-screen, rebalanced maps and characters and a whole load of new challenges to face. The OP has the updated link.

Again, if you want early looks at the things coming in the future, join the Discord server in the OP.

You’re not far off from the completion of this project, which has a lot of promise.
Once it’s completed, I’ll be pushing my way to be in the front row to admire and enjoy it to the fullest…

Hey, the current build has been updated in the main post. I’ve polished up some things (Including axing a crash bug that finally revealed itself in testing) for the FEE3 showing coming up. Look forward to that.

This just fixes some bugs, cleans up some palettes and continues the journey of replacing all of the player unit splices with custom mugs. No new chapters unfortunately, but I hope you can enjoy what is being added for now. 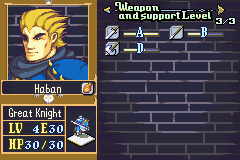 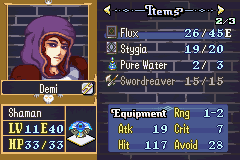 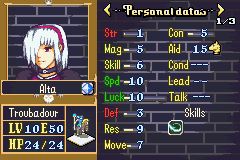 So a pretty minor problem, but I kinda came across this bug in chapter 11. While I was just grinding exp on Geld for a number of units (Silph, Wyler, Annie, Darrel and Elieen) just so I can promote them before heading into chapter 12 and light magic tome grinding a bit for Marilyn, I notice that at the end of each Enemy Phase, the screen keeps moving to the far bottom right corner and keeps making this sound you hear from the reappearing and disappearing tiles.