Sup guys, Donlot here. I’m pretty sure i mentioned it here and there, but I never quite made its own thread.
I started my Youtube Channel with Focus on Hard Ironman lets plays around 3 months ago. The first one i did was Shadow Dragon Hard 5 Ironman, without warpskipping, without using Wolf/Sedgar, without using Xane, without using Ballistae, and without using Boss abuse. 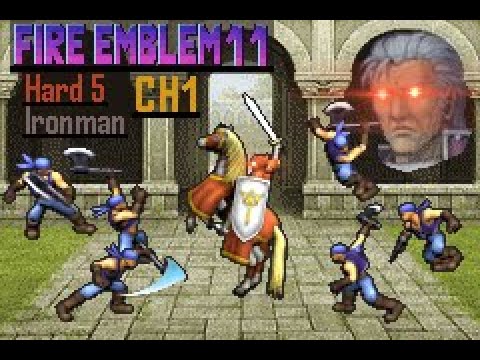 Here’s the first episode, do be warned that it took me a bit to figure out sound, so the sound quality is not perfect for the first 10 or so chapters. AKA it can be a bit loud or quiet at times.

My main reason for doing Shadow Dragon was trying to show that not only can the game be beaten without the use of many of the things that make it much easier, or even trivialize most of it (Sedgar and Wolf), but it can also be done in an Ironman setting while using some of the “bad” units on your roster. Showing off how some of them are actually surprisingly useful. Which is not something i think every player understands. Oh, and also just showing off my favorite game in the series, and why i think it deserves some recognition for the many things it does very well. The full lets play is complete and watchable right now.

Do not watch this lets play if you dislike:

In addition to that I’m also currently playing through Tear Ring Saga (Voice Acted) in a blind Ironman setting (with bad units of course). I am also working on a few essay like videos, one of them being why FE6 Barth is severely underrated (in an Ironman setting), the other being a new players guide for Ironmans, and a full on Character Guide for Shadow Dragon that talks about each Characters role, possible reclass options, and how valuable they are in practice. There is also an unfinished Void’s Blitzarre Adventure Hard Blind Ironman that went up to Chapter 8, and a Battle for Wesnoth Liberty Campaign which went up to chapter 2. Both of which on Hiatus due to an unfortunate Hard Drive failure.

Hope anyone that is interested in any of these topics will give it a watch, or even a comment, if there are further questions or suggestions let me know. I usually try to upload once every 4 days or so

really cool thumbnail, I’ll add it to the many, many channels I need to check out, I DO like Shadow Dragon AND bad units!